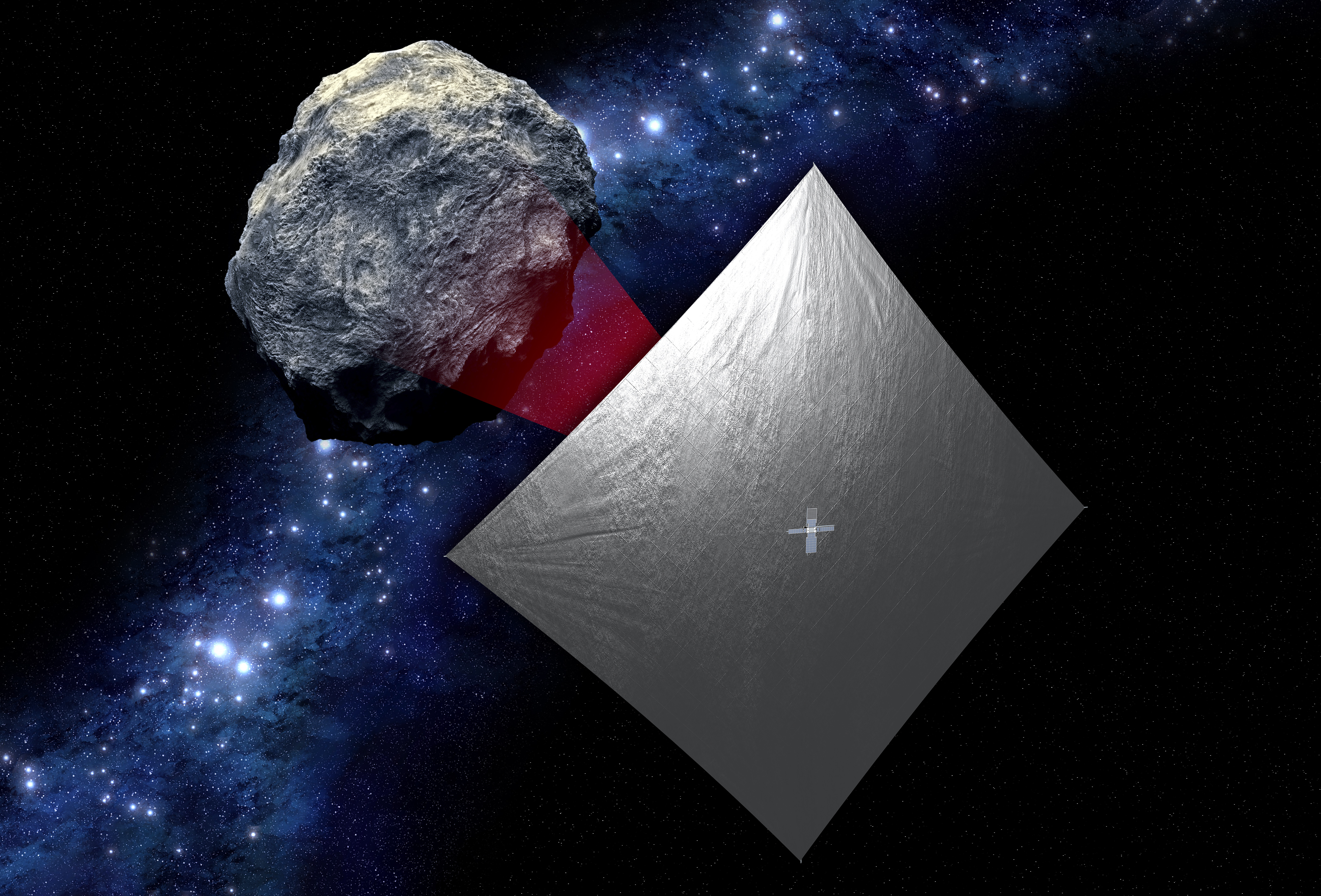 HUNTSVILLE, Ala. – NASA scientists want to know what an asteroid looks like up close. They’ve built a space probe that’ll launch and send back pictures. But to catch up to a rock traveling over 60,000 miles per hour, scientists in Huntsville built a solar sail.

“This began as an idea. I’ve been interested in solar sails since I was a kid, reading about them in science fiction stories,” NASA Near Earth Asteroid Scout lead investigator Les Johnson said.

But it’s not fiction anymore. This big idea in a small box is starting to take shape.

“It’s about the size of a boot box,” Johnson said.

Les Johnson and his team of scientists have spent years studying asteroids, but they want a closer look. So, they’ve designed the Near Earth Asteroid Scout to photograph the fast-moving rock.

“What does it look like? Is it one big rock? Is it several small rocks held together by gravity? Are there boulders? What is it made from? Those questions need to be answered as we try to figure out what’s in the neighborhood,” Johnson said.

But the asteroid is millions of miles from earth. And since there’s no gas pedal, Johnson’s team designed a solar sail.

“It’s the thickness of a human hair. It’s a plastic substrate with aluminum on it to make it reflective,” Johnson said.

Light and tear resistant, Johnson’s team tested how easily they could set the sail in Huntsville.

“When you’re in space, you don’t have air. But, you do have sunlight,” Johnson said. “And sunlight is composed of little particles called photons. And they have momentum, just like air does. And with a large reflector, as the light reflects from it, and it pushes on it.”

Once the scout launches in 2020, Johnson says it’s going to take about two and a half years to catch up to the asteroid, and that’s using the solar sail, which should get them about three to four miles per second.

“We’re excited to fold this up, put it in a spacecraft and get it ready to fly,” Johnson said.

Though it’s not the first solar sail, Johnson says the mission will be a monumental test for the future of unmanned research missions.

Johnson says the scout is one of 13 space projects that’ll hitch a ride on the upcoming Orion launch. The latest NASA report says that launch could happen in June of 2020.