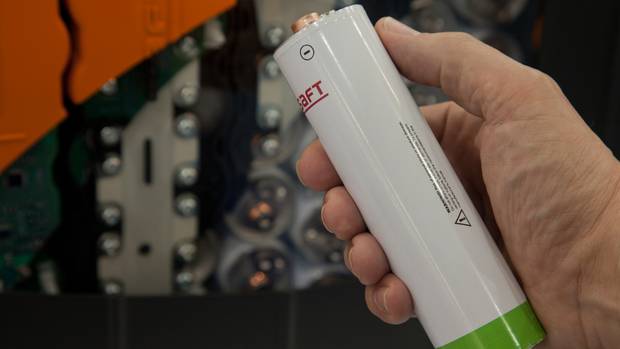 Batteries are everywhere, quietly powering our smartphones, laptops and cars. We only really notice them when they’re running low or bursting into flames – however, we continue to expect new batteries to perform better than ever before.

As we move towards a lower carbon economy and wean ourselves off fossil fuels an increase in the uptake of electric cars is unsurprising. Lithium-ion batteries seem to be saving the day when it comes to powering sustainable transport and smarter devices, but questions are starting to arise as to how green these batteries actually are for our increasingly sustainable lives.

Most of our electronic devices have had their performance improve significantly thanks to the power of lithium-ion batteries.

They work by shuffling lithium ions between two electrodes with the ions flowing from one side (anode) to the other (cathode) causing a discharge in current, which creates the power needed for the device.

Plugging the battery in to recharge it forces the lithium ions to flow back to where they started and the process is able to start again.

Over the past 20 years, the cost of these batteries has fallen 30 times while the energy stored in them has more than tripled. This trend is about to stop as evolving batteries to be better and smaller has meant that the amount of charge able to be stored within the gaps of the electrodes is nearing its maximum, according to theoretical calculations.

Lithium is also a difficult mineral to obtain. About half of the world’s lithium supply is produced by the evaporation of highly concentrated lithium brine, which is very time-consuming.

To meet increasing demand, more and more lithium is now obtained by crushing hard rock and using high temperature and chemicals to separate the lithium from the rest of the rock.

All of these resources go into producing a lithium-ion battery that lasts for about 15 years. According to data from the European Battery Recycling Association, after use, less than 5 per cent of them are recycled.

This is partly because recycling these types of batteries involves a process of smelting and leaching using chemicals to recover the different metals, which is a chemical and energy-intensive process.

With the laws of physics providing limits which prevent too much more battery efficiency as well as a larger environmental footprint than was initially imagined, work is now under way to try and find new materials to help make batteries more efficient as well as sustainable.

One option is to change the electrode materials within the lithium-ion batteries to reduce their need for rare metals. Replacing cobalt and nickel with iron and copper has been attempted by researchers and although it could help to solve the future supply challenge of lithium-ion batteries, so far these common materials have resulted in a battery that is much less efficient at holding its charge.

As science struggles to overcome the challenges around making lithium-ion batteries more efficient while still keeping up with global demand.

The questions around how will we power all of these new electric vehicles, what can we do to reduce our dependence on rare earth metals and how we should recycle lithium ion batteries once they run out still need to be answered.