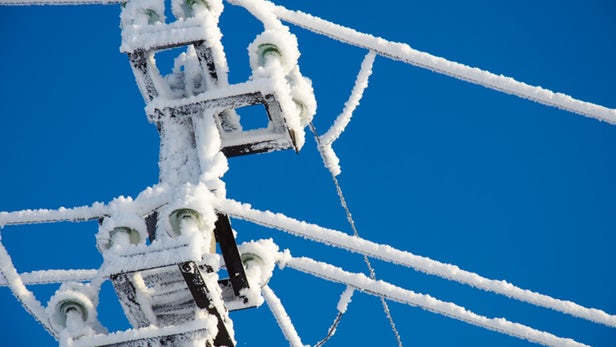 Alternatives to the toxic chemicals traditionally used for de-icing airplane wings and helicopter rotor blades have long been sought. To that end we’ve seen ideas like this graphene-based coating that heats up when subjected to an electrical current, but airlines aren’t super keen on such active heating systems due to cost and safety concerns. Now researchers at MIT have come up with a de-icing system that is completely passive and relies only on the power of the sun, or artificial light, which means it can also work at night.

The MIT system consists of a three-layered material that collects solar radiation, which is then turned into heat and spread across the surface being de-iced. The researchers claim this is a better approach than using superhydrophobic coatings to repel water and ice, because such coatings can be subject to the formation of frost that tends to fill the microscopic textures that gives these coatings their ice-shedding capabilities.

The top layer of the new system traps incoming sunlight and converts the solar radiation to heat. The team says the material used for this layer absorbs 95 percent of the incident sunlight, with only three percent lost to re-radiation. While this layer alone would theoretically prevent icing, it would only do so in areas in direct sunlight.

To overcome this, the researchers added a layer of aluminum just 400 micrometers thick to act as a spreader. This allows heat from the absorber layer above it to be spread laterally across the entire surface of the material and melt the boundary layer where the ice meets the surface. The result is a thin layer of water that is slippery enough for any ice to slide off, meaning the bulk of the ice itself doesn’t need to be melted. The third and final layer is just foam insulation to prevent heat escaping downward.

The researchers say the three layers are made from cheap, commercially available materials. They can be bonded together and in turn bonded to surfaces that need to be kept free of ice, or could be sprayed onto some surfaces a layer at a time.

In addition to the usual de-icing targets like aircraft wings, wind turbine blades and powerlines, the researchers say the system could find wider applications, such as on panels to prevent icing on the roofs of buildings.

The effectiveness of the system and materials has been proven through extensive real-world outdoor testing and the team will now follow up with further tests to ascertain longevity and the ideal means of application. However, MIT associate professor of mechanical engineering Kripa Varanasi says the system as it stands right now could be put to use almost immediately in some applications – particularly stationary ones.