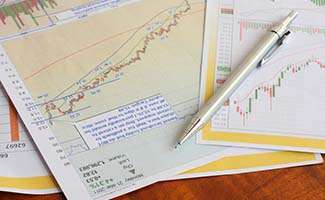 The metals markets posted a two-sided trade in 2018 with most of the price action driven by the U.S. Dollar, the direction of U.S. interest rates and appetite for risky assets like U.S. equity markets. These factors influenced primarily considered safe-haven assets like gold and silver. Industrial demand and the strength of the global economy exerted the most influence on metals such as copper, platinum and palladium.

Gold was under pressure most of year because of the stronger U.S. Dollar . Four Fed rate hikes and expectations for more in 2019 drove up U.S. Treasury yields. This helped make the U.S. Dollar a more attractive asset, while driving down foreign demand for dollar-denominated gold.

Increased demand for higher-yielding assets like stocks also weighed on gold prices throughout the year. Gold doesn’t pay interest nor yield a dividend so money flowed into the stock market which offered a better return.

Gold prices hit their low of the year in August after reaching a level not seen since January 2016, just one month after the U.S. Federal Reserve began raising interest rates.

As we end the year, gold is trading at about 50% of its yearly range at $1282.20. This is hardly a sign of a bull market, but all it will take is a further shift in investor sentiment and a dovish Fed policy to extend the rally. A slowdown in the global economy and especially signs of a recession in the U.S. should continue to put pressure on U.S. interest rates and the U.S. Dollar. This should continue to underpin gold prices.

If the Fed continues on its hawkish path then the gains are likely to be limited in gold. If the economy stabilizes then gold could feel further pressure.

While industrial metals such as silver , copper and platinum struggled to find support and gain traction in 2018 like gold prices, palladium actually outshined the precious metal last year. Late in the year, palladium actually was priced higher than gold, an extremely rare occurrence.

For the first time in more than a decade, palladium was worth more than gold, helped by a more than 50 percent surge by the industrial metal over the last four months.

Palladium prices briefly overtook gold in late 2018 because supply hasn’t responded to growing demand. Helping to drive up prices is a major shift in government policies in China and Europe. Both areas are tightening regulations to crack down on pollution from vehicles. This is forcing automakers to increase the amount of palladium they use in pollution control devices such as the catalytic converter.

Palladium could continue to be a big winner in 2019 because of increasing demand for hybrid automobiles. Furthermore, due to a shortage in the cash market, manufacturers are scrambling to buy the metal, paying a premium to the futures market. Furthermore, hedge fund and ETF buying has been supportive as well as speculation that China is holding the industrial metal.