Who wants an 18-core, 36-thread desktop processor? Well, this could be on the cards in the near future as the latest rumor points at Intel not stopping at just a measly 12-cores with its imminent launch of its X299 platform and Skylake-X processors. Instead, there could be 14-core, 16-core and even 18-core processors that sit above what we’ve already seen in unofficial data. 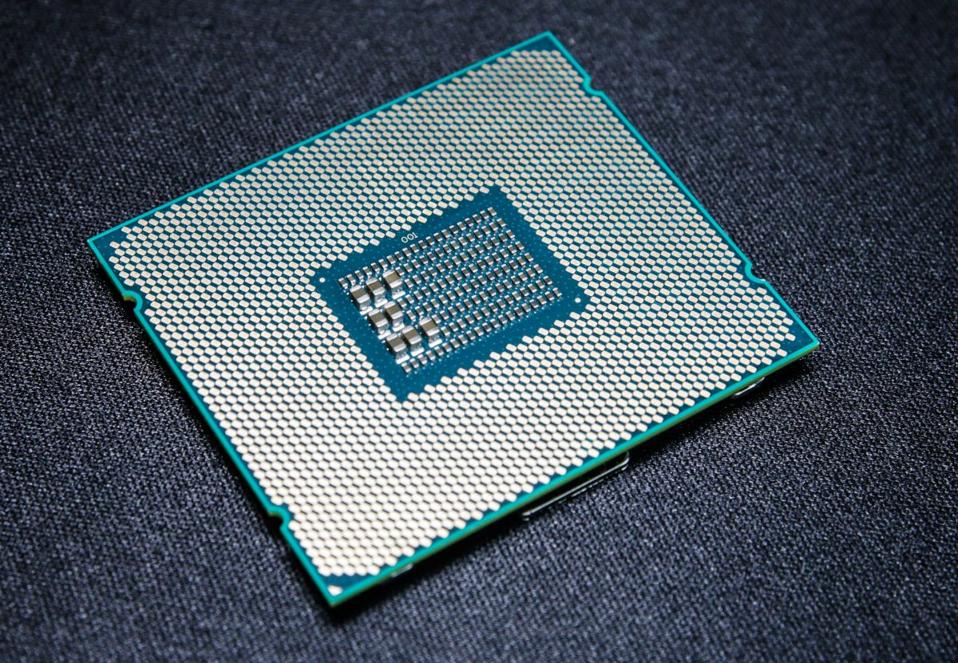 See Also: Is This Tiny Gold Mining Company The Next Big Thing?

This summer was already heating up at the high end of the desktop processor market with AMD and Intel already doing battle with Ryzen versus Intel’s X99 platform. Then we had the announcement of AMD’s Threadripper processors – a range of 10,12, 14 and 16-core desktop processors and next month I expect Intel to release its anticipated X299 platform with up to 12-core processors. Now, it seems, Intel is planning a far more potent line-up of processors, and that 18-core part obviously pips AMD to the top spot in terms of cores and threads, with Threadripper slated to max-out at 16-cores. 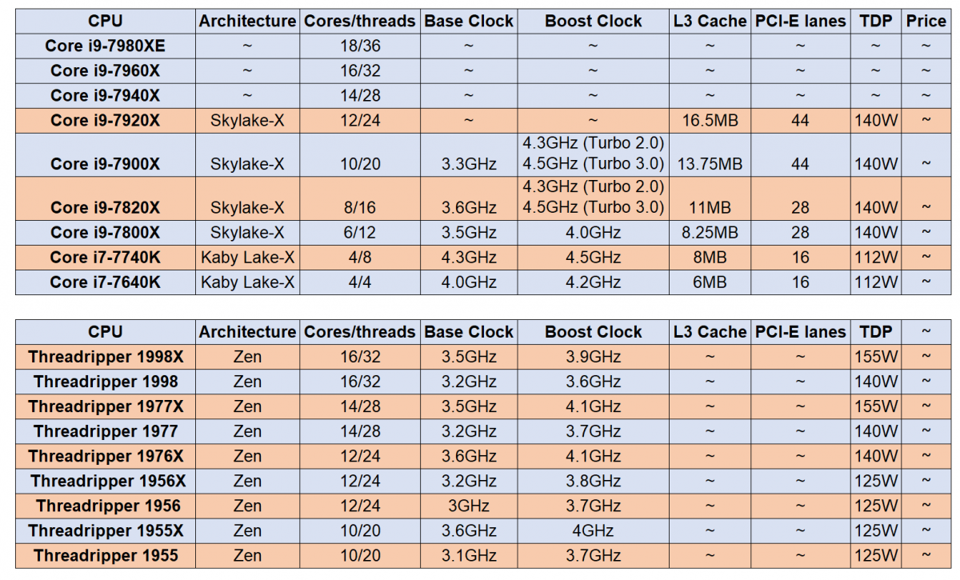 The latest data from videocardz.com and wccftech.com point at 18 new CPUs from Intel and AMD to do battle this summer in the high-end desktop market

Breaking: Is this the end to banking as we know it?

It’s a massive development if true as it means that Intel is nearly doubling the core count from its previous flagship, the Core i7-6950X, which has 10 cores, and that’s just from one generation to the next. Previously, the core count only rose by two from the 8-core Core i7-5960X to the 10-core Core-i7-6950X. With AMD planning to go all-out with Ryzen and Threadripper – both desktop parts that use common PC components, and also with AMD’s Zen architecture showing promise, this is perhaps not an entirely unexpected move from Intel. 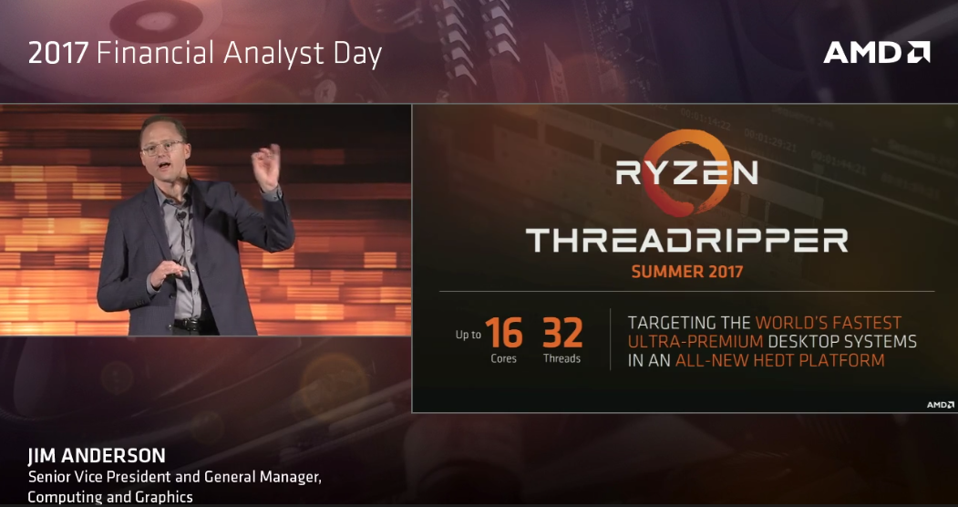 Of course, the most important factor is missing – we still have no idea about Intel’s X299 pricing and no clue about just how AMD will price-up its Threadripper processor range. However, many suspect AMD will continue to offer compelling performance for the price, although if this latest rumor is true, it will no longer enjoy an advantage in core count over Intel’s next-gen high-end desktop platform.

Are you in the market for a new high-end system? Does AMD’s Threadripper or Intel’s X299 platform get your vote?