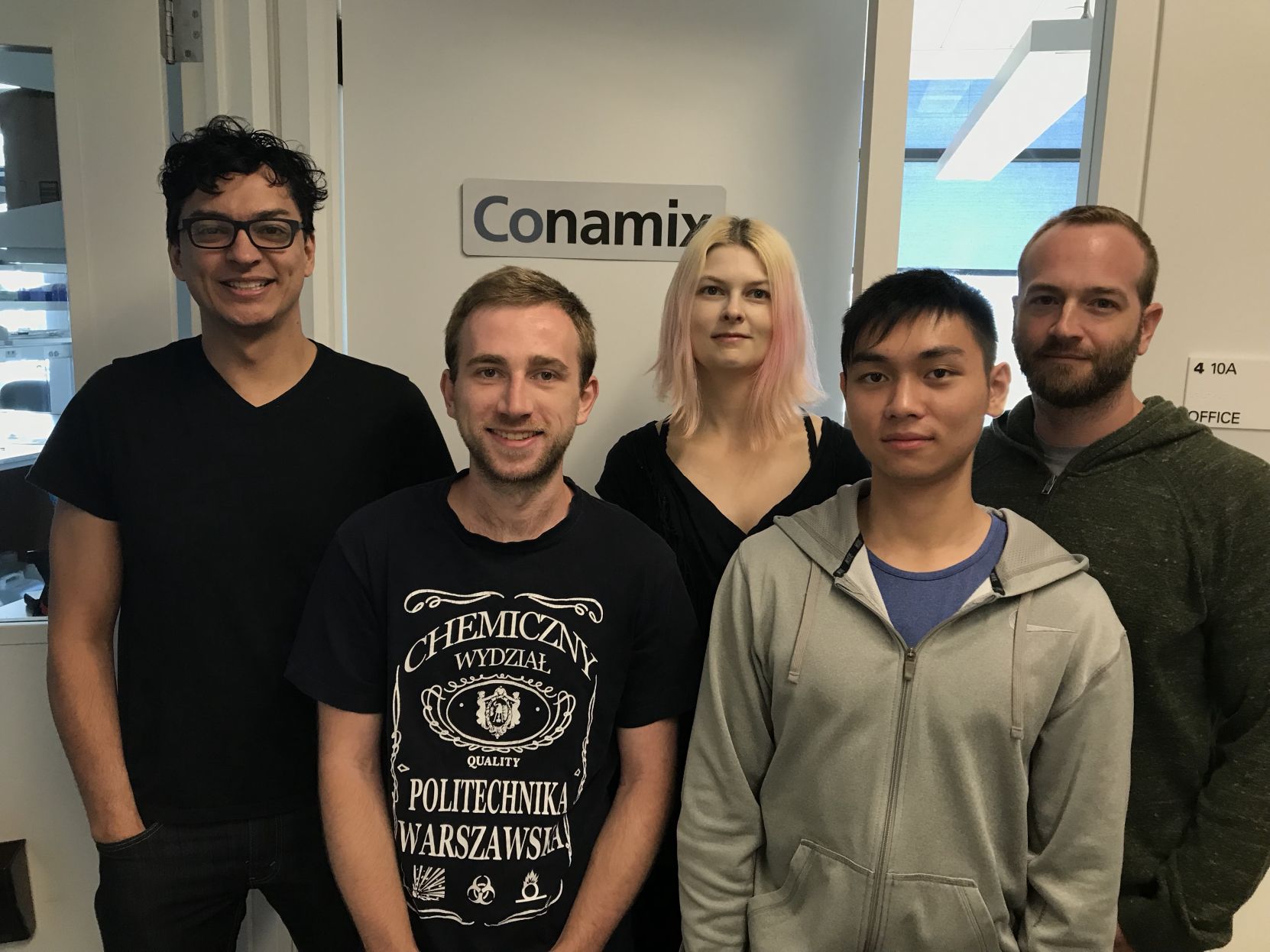 One of the rare constants in the seemingly constant modern technological evolution era is the battery as the need to store and transport power efficiently and reliably has arguably never been greater.

With such a great reliance placed on batteries, and particularly alongside the popularization of lithium ion batteries, local start-up Conamix has spent the last four years of its existence researching and developing ways to modify lithium ion batteries to improve their performance and quality, all without inflating the cost. While hesitant to discuss the actual technological work involved, it’s clear they’re on to something that has tech-types excited: the company, helped by clean energy accelerator Nexus-NY, recently received an $8 million boost in funding via an investment from Volta Energy Technologies and Hegemon Group International.

“We’re working on high-energy, low-cost materials that we think will make a big difference in lowering the cost and improving the energy of lithium ion batteries around the world,” Conamix Chief Executive Officer Charles Hamilton said.

Lithium ion battery packs, while seeing a significant price decrease that is expected to continue, can still be cost-prohibitive for some people. Hamilton said the goal of Conamix’s work is to create technology that can be applied to lithium ion batteries to make them both more cost-effective for every-day consumers to be used in common items like car batteries while also remaining just as capable of handling the needs of said consumer.

“The world really needs lower cost materials for lithium ion batteries that can still meet high-energy demand that everybody needs for all different kinds of uses,” Hamilton said. “The world is really moving toward broader adoption of lithium ion batteries, and we make something that will lower the cost and improve the energy density of those batteries […] So it can hopefully have a dramatic impact on people’s cost for battery packs in their cars or lots of other applications.”

The sizable investment from Volta allows Conamix, Hamilton said, to grow from six current employees to between 10 and 15, which he said will allow them to expand their focus to a global scale. He said the company began to pick up momentum about two years ago when they received their initial seed investment, which greatly enhanced its ability to “prove out” some of Conamix’s technology in more depth. Since that investment, though, interest has been easy to come by when Conamix tries, even if the team doesn’t necessarily push itself out. They’ve been helped not only by Nexus-NY, but also the McGovern Center incubator at Cornell University.

Hamilton’s reserved with specifics, but one of the more specific aims is clear: to decrease the need for cobalt’s involvement with lithium-ion batteries. The phrase “lithium-ion” is a bit of a misnomer; though lithium is an essential element involved in the battery, cobalt is also a very important part of the battery due to its capacity for high energy density. The interest in avoiding cobalt lies in cost, as the material can be fairly expensive. Conamix’s technology avoids the need for it though, which is where it finds most of its savings. Hamilton said their material will hopefully be able to replace cobalt in lithium-ion batteries without needing to modify too much of the other battery infrastructure.

“The market is growing so fast, and there’s a real price crunch particularly around the material called cobalt, which we don’t have any of,” Hamilton said. “So our material accomplishes something really great, without using any cobalt, and that has generated a lot of interest as well.”

The average start-up can sometimes take on very similar public forms as others, with flashy marketing campaigns to try manufacturing both excitement among the public as well as funding interest from potential generous benefactors. Conamix isn’t that. In fact, it might be fair to say it’s the diametric opposite. Hamilton describes their approach as conservative, preferring to let their work and technology speak for itself instead of boastfully touting themselves and their product. Within the battery game, he said, there isn’t a lot of room for bluster; either a company is producing useful technology, or it is getting left behind.

That approach stems both from Hamilton’s own experience with startups, as he’s been involved with four previously to varying degrees of success, as well as the Nexus-NY start-up culture, which Hamilton said places a higher priority on quality than flash and a focus on science. When there’s something absolutely solid, and provable through results, then Conamix will start to talk more. For now, though, Conamix appears comfortable staying relatively quiet, at least compared to other young companies.

“I would much rather be data-driven than hype-driven […] We try to focus on data and proof, and we work in a very tough industry,” Hamilton said. “It’s something that needs to be done at a very, very high scale and work in a very complex system. Just because something works the first time you try it in a lab, doesn’t mean it’s going to work when you start dropping it into thousands and thousands of batteries.”