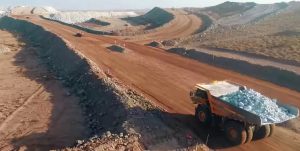 At the end of May, Goldman Sachs rattled lithium stocks after the investment bank declared the battery metals bull market “over for now”. Goldman called today’s lithium levels a “fundamental mispricing [that] has in turn generated an outsized supply response well ahead of the demand trend.”

Goldman predicted an average around $55,000 a tonne for this year, but its forecast for 2023 was particularly eye-raising – a very precise $16,372 a tonne. The widely quoted report prompted a sell-off in lithium stocks, and a flurry of reports taking on Goldman’s thesis.

Three weeks later, the bloodletting has not stopped, with Australian hard rock producers particularly hard hit. Many investors are nursing losses around 30% – and more among the smaller stocks – since the publication of the report (China’s Tianqi and Ganfeng, now the world’s most valuable lithium producers, being the obvious exceptions.)

In a blog post, Matt Fernley of Battery Materials Review says equity markets are getting just about everything wrong about lithium.

Fernley concludes that “until the penny drops with most investors, I’ll be enjoying myself doing some bottom fishing and picking up many of these oversold stocks at prices I never dreamt that I would be able to again in this cycle.”

Pilbara Minerals (ASX: PLS) is a good example of the extent to which stocks have decoupled from realities on the ground. The ASX-listed hard rock miner today announced another record price for its spodumene concentrate at auction of $7,017 a tonne (SC 6% CIF China basis). That’s up around $500 from a month ago.

After an initial bump following the announcement, Pilbara Minerals ended the day in Sydney down again. The stock is now down 30% since the Goldman report and 47% from its recent high. Its performance is also much worse than the broader market – the ASX is down around 10% over the same  period.

“Contrary to recent suggestions that the market has peaked, the evidence we are seeing at the coal-face with our customers, including this pricing outcome, suggests that the demand remains incredibly strong.”

The weekly price assessment published on Wednesday by Benchmark Mineral Intelligence, a battery supply chain and price reporting agency, shows an uptick in prices in China from the week before.