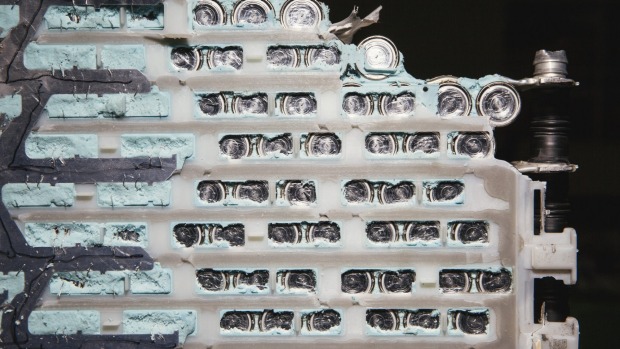 More evidence of softening lithium prices has emerged, with the operators of Western Australia’s Mount Marion mine revealing they will be paid 13 per cent less for their product in the final three months of 2018 than in the previous quarter.

It was also weaker than the $US961 per tonne agreed for the same product, which contains 6 per cent lithium, in the three months to June 30.

Disclosure of the price paid for Mt Marion’s product confirms that steep falls in prices for lithium carbonate in China during 2018 have flowed through to the prices paid for spodumene concentrate, which is produced by all of Australia’s seven lithium mines.

Galaxy Resources stopped reporting realised prices for its spodumene concentrate in its quarterly reports this year, but confirmed in October that its “cash margin per tonne of concentrate sold” in the three months to September 30 was lower than the two previous quarters.

The softer prices also come after one of the world’s biggest lithium producers, Chilean company SQM, predicted in August that prices for lithium would slide by up to 10 per cent in the final six months of 2018.

Upon making that prediction, SQM said demand would remain strong but would be overwhelmed by booming supply of lithium from Australia.

Price transparency in the spodumene concentrate market should improve in 2019, given that three ASX-listed companies have started exporting the product in the past six months.

But with several of those companies selling 100 per cent of their production on long-term contracts, there is unlikely to be a clear daily market or “spot” price for the battery mineral any time soon.

Kidman Resources and SQM may bring Australia’s next lithium mine into production at Mt Holland, so long as the company is successful in an appeal process in WA that is questioning its title over the project.

Kidman chairman John Pizzey was quizzed by shareholders on Thursday over the matter, which under a worst-case scenario could see the company lose ownership of the asset which triggered a 29-fold increase in the value of Kidman shares in the two years to May 2018.

The stock has since lost 45 per cent of its value on uncertainty over its tenure at Mt Holland.

“The company, before I arrived, had very strong legal advice that defending this case was almost a certainty to put it bluntly, and that the warden would find in our favour,” said Mr Pizzey.

“There was an enormous amount of confidence within the corporation and that was valid, that confidence.

“That did not occur, the warden voted against us.”

Mr Pizzey conceded that clarification of tenure at Mt Holland was a crucial crossroads for Kidman.

“There is no doubt that it is a very important issue for the company, because if the minister decides against us, which he could, that sets off another train of events,” he said.

“We have had very good advice, we are optimistic.”