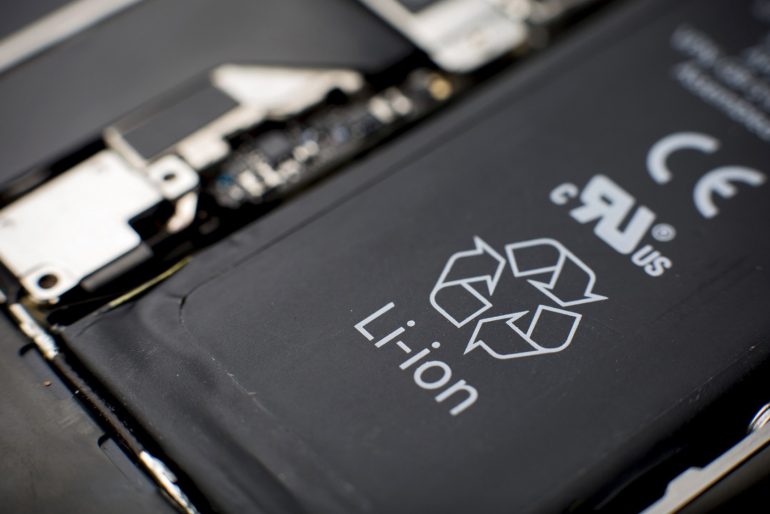 For an energy source that’s been around three decades, the lithium-ion battery is only just hitting its stride.

It’s worked its way up from primitive cellular phones to cameras and laptops before entering everyone’s pockets inside smartphones. But only now that the electric car has arrived is this energy-storage system truly taking off. The latest proof: the electric-vehicle boom, which still in its early days has already replaced gadgets as the world’s biggest source of lithium-ion battery demand.

“We are at an inflection point. Each year will beat the previous year,” said Ravi Manghani, a Boston-based storage analyst at GTM Research. “It’s definitely an ‘oh wow’ moment.”

The future of the battery is going to be driven by the car. Surging demand for lithium-ion batteries, boosted by uptake from automakers, has created efficiencies of scale that have sent prices plummeting. Last year alone, the price of battery packs fell 24 per cent, according to Bloomberg New Energy Finance (BNEF). These cost declines, in turn, are encouraging the continued expansion of battery power. Lithium-ion technology has begun popping up on electrical grids, scooters, ferries and airplanes — a proliferation that will only accelerate.

The batteries first began appearing in electric vehicles in 2006. But it took until 2014, when automobiles accounted for nearly 15,000 megawatt-hours, for vehicles to exceed a 25 per cent share of the world’s total lithium-ion supply, according to Avicenne data. Between 2014 and 2017, electric vehicle use of lithium-ion more than quadrupled to more than 71,000 megawatt-hours, with a similar jolt forecast by 2023.

Electric vehicles reached 50 per cent of lithium-ion demand in 2016, although it inched past consumer electronics for the first time the year prior, according to Avicenne data. With electric-vehicle sales rising and demand for smartphones slowing, the gap will only grow wider.

“One million cars consume the same amount of lithium-ion batteries as everything else,” Pillot said.

A chemist named Stanley Whittingham helped pioneer the rechargeable lithium-ion technology in the early 1970s while working for an unlikely battery booster: Exxon.

A reason: “the oil giant believed that in a few decades, most likely after the turn of the millennium, petroleum production would peak, and that the time to diversify was now,” wrote Seth Fletcher in a 2011 book, Bottled Lightning, about the birth of electric cars. At the time, lead-acid-based rechargeable batteries were common.

Whittingham, who now teaches at the State University of New York at Binghamton, approached Exxon leaders for approval to proceed with battery research.

“I gave an elevator speech to a subcommittee of the Exxon board of directors in New York City,” he said. “At that point, it was still conceptual. We had only built prototypes in the lab.”

In the 1980s, material scientist John Goodenough managed to increase the voltage, and therefore the energy density.

“I asked myself, and I asked my students: how much lithium do you have to take out before the oxide changes its structure?” said Goodenough, who now teaches at the University of Texas at Austin. It turned out that more than half of the lithium could be removed without changing the structure.

“That was enough to be interesting, so we published. But people said you won’t get mobility.”

These efficiencies helped bring lithium-ion batteries into cellular phones of the early 1990s, and then slowly into other consumer electronics.

Some governments, mindful of climate change and carbon-dioxide emissions, are taking steps to boost demand. California wants five million electric vehicles on the road by 2030, and the state is essentially mandating that automakers either sell EVs or pay for zero-emission credits.

China wants seven million electric cars on the road by 2025, and modelled its electric-car mandate on California’s program. BNEF expects China to account for nearly half of the global EV market by then.

Of course, there could be setbacks on the way to even cheaper batteries. Anything that dampens the global spread of electric cars — falling oil prices, a shortage of charging infrastructure or policy changes in Europe, China or the U.S. — could spell trouble. Without a high volume of electric-vehicle sales, price forecasts for batteries may not be realized, said Yayoi Sekine, a BNEF analyst in New York.

But greater use will create a feedback loop, making batteries more competitive in other markets.

It turns out that Exxon was right about the future of lithium-ion batteries — just not about how it would happen or when.

There’s now talk that demand for oil could peak in the next generation.

Instead, the rise of electric vehicles and renewable-energy sources could mean some crude may stay in the ground. British Petroleum last year said battery-powered vehicles could flatten projected oil-demand growth from cars in the next 20 years if they become cool enough.

The speed of that battery transformation owes a debt to the generations of consumer electronics that pushed lithium-ion technology forward.

“It’s been 30 years of gradual incremental improvements and then it took off,” GTM’s Manghani said. “We started to move towards personal devices that had to rely on a lithium-ion-based power supply, and then that snowballed into more companies manufacturing batteries.”