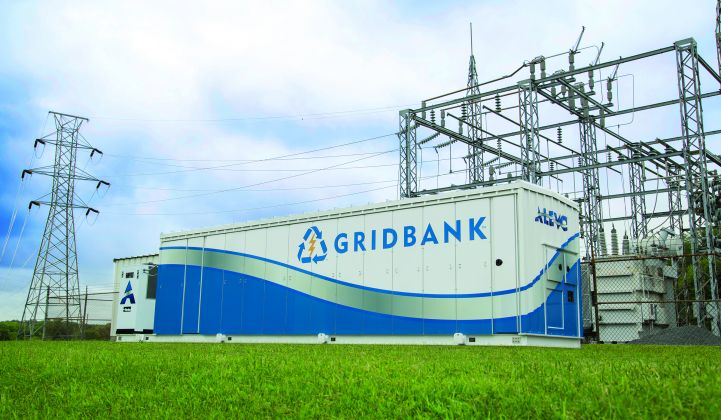 Executives from the battery maker Alevo, which went bankrupt last year, are hoping to relaunch the business with a different focus, under a new brand.

Alan Greenshields and Sergey Buchin, Alevo’s chief technology officer and chief operating officer, respectively, have purchased the intellectual property held by Alevo in Switzerland. They also bought its research and development facility in Bruchsal, Germany, and its only operational battery plant, located in the U.S.

Because of Alevo’s distressed position, a company administrator said earlier this year that the sale price was shaping up to be “surprisingly low.”

The company is now being rebooted this week under a new name, Innolith, and with a focus on R&D rather than battery manufacturing.

Innolish, which is registered in Basel, Switzerland, will look to license its technology to third-party manufacturers. The firm is about to sign agreements with a contract manufacturing company and a large production line machine maker, Buchin told GTM.

“It is important we secure our production strategy through partnerships,” he said.

In this respect, Greenshields, who is acting as Innolith’s board chairman, and Buchin, the CEO, are clearly keen to avoid the mistakes made with Alevo. The company ran into financial trouble after betting big on manufacturing capacity.

It leased a 900-hectare site with 300,000 square meters of floor space, formerly owned by the cigarette company Philip Morris, in Concord, North Carolina, before securing a reliable pipeline of projects. Alevo ended up only using around 3 percent of the space, Buchin said.

“It was a huge leapfrog attempt to go from small, lab-scale production in Germany, which worked well, to full-blown manufacturing at a high pace in a different country,” he said. “This was very challenging. Given the cost structure, it was not really feasible for the company.”

The cost of the plant upended Alevo’s U.S. finances and brought down the parent company in Switzerland.

After Alevo filed for Chapter 11 in the U.S. the manufacturing assets were snapped up by a battery development consortium called Imperium3 New York, which paid $5 million for equipment worth more than $200 million.

Buchin revealed that Innolith had been in a position to buy the factory equipment but had opted not to. Instead, it acquired all of Alevo’s remaining assets, including the R&D facility with all its staff.

Buchin said the acquisitions were privately funded and Innolith was “well financed.”

He said the company was supported by a strategic investor, but did not disclose or whether there was any connection between Innolith and Dmitry Rybolovlev, the Russian billionaire who originally bankrolled Alevo.

Innolith’s final acquisition was Alevo’s only operational GridBank battery system, nicknamed Snook, which has been connected to the PJM Interconnection electricity network for a year.

Greenshields and Buchin see Snook as crucial to rekindling interest in the sulfur-based inorganic lithium-ion electrolyte chemistry that Alevo created.

The battery chemistry is said to be capable of completing 50,000 complete cycles without failure or loss of power density, while operating at close to room temperature. This could make it highly suited to delivering ancillary services such as frequency response.

Snook is “the top of the heap in PJM, based on accuracy, timeliness and precision, demonstrating very good revenues,” Buchin said.

Future iterations of the technology are likely to have even better performance, thanks to improvements to the battery management, cooling and interconnection systems, said Greenshields. These are due to be tested on Snook, he said.

“The system is not perfect, but its scores are astoundingly good,” he said. “By upgrading some of the peripheral control systems, we anticipate the system will achieve even higher scores.”

On commissioning, Snook achieved a 98.5 percent score within the PJM network, he said. This means the battery is among the first to be brought into play on the network, allowing it to earn more money than poorer-performing assets.

With the planned improvements, the battery’s performance on PJM could get close to 100 percent, Greenshields said.

Another benefit of the technology is that it appears able to deliver eight to 10 cycles a day, indefinitely for many years, without any measurable change in impedance.

Although the capacity of the original chemistry had tended to fade, Greenshields said further technology development had yielded a 2.5 increase in the throughput, while improving the cell-level energy and power density of the battery.

As a result, Innolith is hoping to be able to offer three times the lifetime economic value that Alevo had achieved with the GridBank, he said.