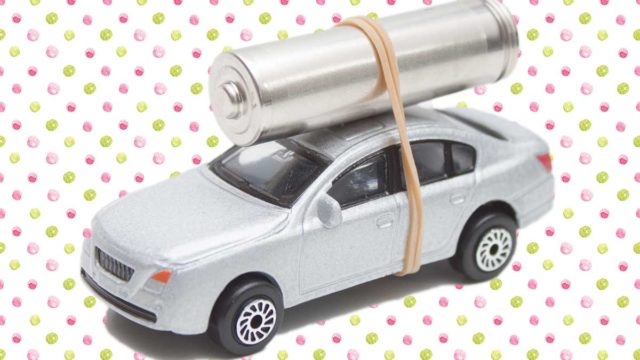 Demand for lithium-ion batteries will triple in the next four years — but there are significant supply side risks that could slow electric vehicle (EV) uptake, according to Roskill analysts.

Bloomberg estimates the world’s lithium battery-making capacity will more than triple from 175 gigawatt hours to 630GwH by 2022.

It says there were 42 mega factories built or in the pipeline by August this year – up from three in 2015. In September that number had already increased to 45, and by mid-October that number was already over 50.

Roskill has conservatively counted more than 30 battery factories in the pipeline, as battery companies expanding massively in anticipation of significant demand from the auto sector.

But Jose Lazuen, who responsible for Roskill’s electric vehicle, battery and downstream supply chain market analysis, says manufacturing capacity is still a mystery – despite what analysts at BNEF and Benchmark may say – for several reasons.

“The fact is, there are considerable projects in the pipeline with almost 300GWh capacity planned by 2020.

“[But] the problem is that between now and 2022 many things can happen on the battery cell supply side.”

When the bulk – or so called “tipping point” — of the demand will come remains relatively unknown, Lazuen says.

“These companies will have spent billions on capex for new facilities that may be idling if demand does not come on time; terribly hurting their financial sustainability,” he said.

Roskill says the changes to EV subsidies – which are helping drive early demand and innovation — could impact demand and slow projected uptake of EVs.

To encourage industry growth many countries provide incentives to EV manufacturers and consumers – but what happens when these are phased out?

“This includes changes in EV subsidies in countries such as China, where there are rumours of subsidies’ [being phased] out by 2019 instead of 2020,” Mr Lazuen said.

In July, Forbes reported that China was looking to reduce, and ultimately eliminate, consumer subsidies for EVs.

As of today, 40 per cent of the battery pack costs comes from raw materials, up from 18 per cent in 2010, Mr Lazuen said.

“While margins and manufacturing costs have been squeezed, battery makers are more exposed than ever to cobalt fluctuations [in particular],” he said.

Demand pushed this up to highs of $US95/000/t in March this year, before it fell back to remain steady around $US60,000/t in October as extra supply hit the market.

Even so,EV and lithium-ion battery makers are looking to reducing the amount of cobalt they use because it is one of the most expensive parts of a battery.

The next generation of high-nickel, low-cobalt 811 NCM batteries for EVs could significantly increase projected nickel demand – and supply could struggle to keep up.

“If NCM (811) become a commercial reality, the nickel market will suffer strains — not so much in price, but in simple availability of high-quality nickel that is mostly consumed by the stainless-steel industry,” Mr Lazuen said.

But so far, attempts to minimise the amount of cobalt in batteries have run into technical problems.

More nickel makes batteries cheaper and longer lasting because it can store and produce more energy – but it also makes them more prone to exploding.

“A lot of emphasis has been on EV manufacturing, but key issues such as publicly available infrastructure in cities remain an unsolved issue,” he said.

lack of access to efficient charging infrastructure is a barrier to EV uptake.

A McKinsey report estimates that industry could need 40 million chargers across China, Europe, and the US by 2030 — representing an estimated $US50 billion of capital investment through 2030.

In Australia, Fast charger network installers like Chargefox, and Everty, EV products seller GelCo, and EV bus seller Carbridge as well as backers like the NRMA are all working to ensure that Australia is prepared for EVs as battery prices fall and cheaper EV models arrive.

The Chargefox ultra-rapid charging stations will be open to all EVs and charging time will be quick — up to 400km of range delivered in 15 minutes, the company says.

“Our network of ultra-rapid charging stations will play a significant part in improving the infrastructure of this country and remove one of the major barriers that limits the adoption of EVs,” Chargefox boss Marty Andrews said.