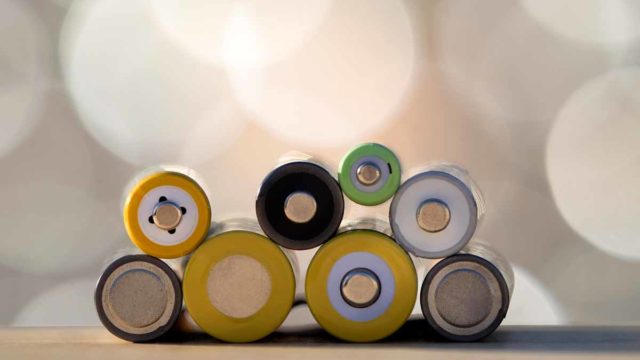 Lithium Australia will be the first Australian company to do everything from mine lithium to make batteries all “under one roof”.

The ASX-listed junior has just finished the construction of a new pilot plant in Sydney and is today starting to commission the plant using waste material taken from mines in the Kalgoorlie region.

“We’ve processed those to lithium mica concentrates in a laboratory in Perth,” boss Adrian Griffin told Stockhead in an exclusive interview on the sidelines of the annual Diggers & Dealers Mining Forum in Kalgoorlie today.

“We’ve moved 2 tonnes of those concentrates to the new pilot plant in Sydney with the Australian Nuclear Science and Technology Organisation. That plant gets commissioned today on that material.”

Once Lithium Australia has turned the lithium concentrate into lithium chemicals, it will take those chemicals to the Brisbane plant and make cathode powders.

“We’ll produce the cathodes, we’ll manufacture some batteries and that’s it we’ve gone from mine waste right through to batteries right here in Australia,” Mr Griffin said.

In July the WA government released a comprehensive report backing the establishment of a “Lithium Valley”.

“This is really a blueprint for the Lithium Australia business plan,” Mr Griffin said of the “Lithium Valley” report.

“Everything they are saying should be done in there we’re currently doing.

“We will at least have the technology to do that all under one roof.”

WA is one of the world’s largest lithium producers. The State has five operating lithium mines, two under construction and one undergoing planning approvals.

The Greenbushes mine in the State’s southwest is the world’s largest and highest-grade source of lithium-bearing spodumene ore, contributing 40 per cent of the world’s current lithium supplies.