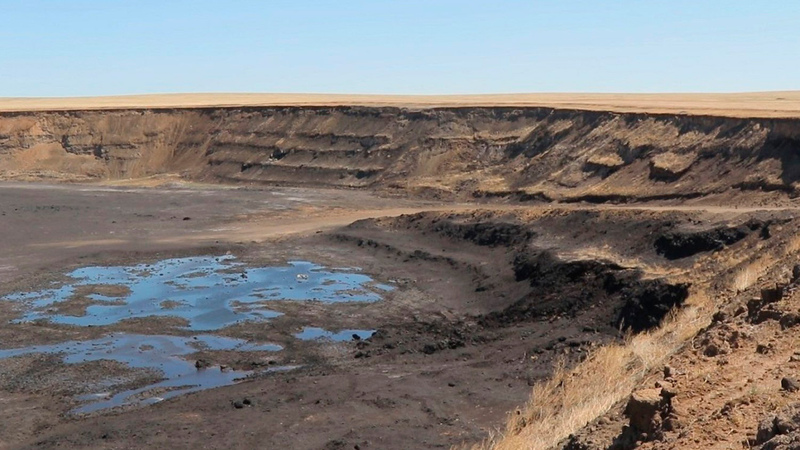 A delegation led by Minister of Mining and Heavy Industry Sumiyabazar Dolgorsuren got an au fait with the Khuut mine in Matad soum of Dornod aimag, Go Go Mongolia reports.

Tsogtjargal Dondovdorj, CEO of Buman-Olz LLC, noted that the company has just discovered rare earth elements including lithium reserve in its mining site and expressed their interest to intensify the exploration. He also said, “We are supporting the initiative of re-planning the Matad Soum, which is 40 kilometers away from our mining site. We will comply with any decision made by the Government”.

Minister of Mining and Heavy Industry Sumiyabazar Dolgorsuren noted that there are ample opportunities to develop Matad as a model soum. According to the 32nd resolution of the Parliament, the state policy on railway transport was approved in 2010. During the trilateral meeting between the Presidents of Mongolia, Russia and China in Uzbekistan in 2016, a program on establishing the economic corridor between the three countries was approved and the parties agreed to study the economic opportunities to implement the Eastern Railway Corridor project included in the appendix of the program.

The authorities of Buman-Olz LLC mentioned that the 234 kilometer and 34 kilometer railway projects connecting Khuut with Bichigt would have a great impact on local development by reducing unemployment and improving creativity of the people in the area. Currently, Buman-Olz LLC employs more than 130 domestic workers. The company has a plan to increase its capacity and explore 7-10 million tons of coal per year.

Since 2009, the company has begun removing soil and coal extraction at the Khuut mine which has 11.1 million tons of coal resources.