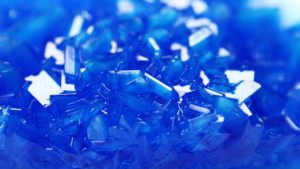 “The massive secular change that electric vehicles were supposed to represent has seemingly met quite a bump in the road,’’ writes Christopher Eccelstone, in a research report published by Hallgarten & Co. a portfolio management firm, based in London England. “Or maybe it’s a sinkhole because quite a number of lithium and cobalt stories have run into it and disappeared from view,’’ he writes.

In return, Bacanora has agreed to supply the Chinese firm with up to 7,000 tonnes annually of lithium carbonate from its Sonora project in Mexico.

However, since the announcement in December 2017 that the Chinese firm was taking a strategic stake in Bacanora, the AIM-listed junior has seen its stock price slide to 57.50 pence from 149 pence.

The demise of Bacanora’s share price preceded the cancellation in July, 2018, of a proposed US$100 million financing that was intended to form part of a funding package for the development of an initial 17,500 tonnes per annum lithium carbonate operation at the company’s Sonora project.

Cobalt 27 is a company that was setting itself up as an investment proxy on the electric vehicle revolution by offering investors pure play exposure to cobalt.

In a telephone interview from London, England, Cobalt 27 Chairman and CEO Anthony Milewski said he decided to focus on cobalt because it is mainly produced as a byproduct of other metals, such as copper and nickel. Companies like Cobalt 27 are betting that supply cannot easily be increased to support the rising demand that is expected to accompany the adoption of electric vehicles and the batteries needed to drive them.

But rather than mine cobalt directly out of the ground, Milewski and his partners decided to take a different approach. In addition to owning 2,982 tonnes of physical cobalt, the company has opted to invest in a cobalt-focused portfolio of streams, royalties and direct interests in mineral properties containing cobalt.

It is a strategy that has already proven successful for precious metal sector companies such as Franco-Nevada Corp. and Wheaton Precious Metals Corp.

In his research report, Eccelstone said investor interest in cobalt has been on the wane almost since the day that Cobalt 27 announced in June, 2018 that it was paying US$300 million to acquire 32.6% of the cobalt production from Vale SA’s Voisey’s Bay nickel mine in Labrador, Canada.

Eccelstone said this agreement told the market that majors like Vale are not believers in the cobalt story and that cobalt was out there in the major mines and in major quantities and that all that need to happen was that the miners needed to extend [their mining activity] at depth and along strike.

“Oops….not exactly an endorsement of cobalt’s scarcity value,’’ he writes.

He goes on to express the view that the electric vehicle surge is not going away, but it may also not evolve in the way that over-enthusiastic investors and promoters might imagine.

One is that reliable prices for both commodities are hard to find. This is because unlike most other commodities, lithium and cobalt don’t have actively-traded futures contracts tied to them. It means that many investors are forced to rely on costly services to get price estimates. These estimates can differ widely.

Secondly, supply and demand projections for lithium and cobalt can move dramatically because they are tied to how quickly consumers will adopt electric cars – a trend still in its early stages that skeptics say is largely built on hype given the history of disrupting long-entrenched habits like driving.

Due to the fact that cobalt is mainly produced as a by-product of other metals and therefore cannot be easily delivered in sufficient quantities that may be needed to meet future demand, Eccelstone writes that battery makers and original equipment manufacturers will look for an alternative.

Meanwhile, equipped with debt funding commitments totalling US$240 million, an amount that represents 52% of the US$460 million required for Stage 1 production, Bacanora said it will now focus on completing the engineering design while continuing discussions aimed at securing the remainder of the required funding.