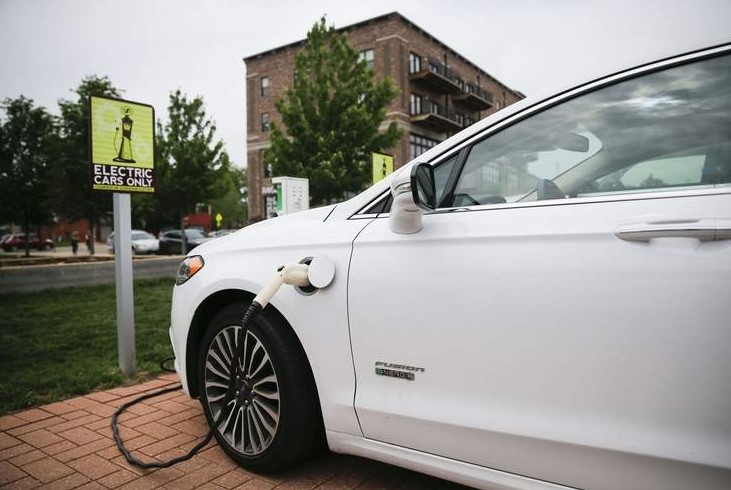 Area residents could eventually charge their electric vehicles while they work or take care of business at some Linn County facilities.

On Wednesday, the Linn County Board of Supervisors discussed a proposal by Supervisor James Houser to install electric vehicle charging stations at the Jean Oxley Public Service Center, 935 Second St. SW, — where most public meetings and county services, like auditor and treasurer, are located — and the Linn County Sheriff’s Office, 310 Second Ave. SW.

Houser said his proposal was inspired by calls he received from “several” area residents or county employees interested in having access to electric vehicle charging stations at the two county buildings.

“We need to set an example as a governmental entity to promote electric cars. There are other employers in Cedar Rapids that are providing electric charging for their employees to drive electric cars to work,” Houser said during the meeting.

While the majority of board members seemed to agree with the value of charging stations, several questioned if the Sheriff’s Office was an appropriate location for such an offering.

“We should do an assessment of everything that we have and where charging stations are most needed for employees, the public,” Supervisor Brent Oleson said.

Garth Fagerbakke, Linn County facilities director, estimated the cost of four electric vehicle chargers among two posts to cost around $6,800. Installation would cost more than the actual chargers, he added.

The board did not vote on the matter Wednesday.

As Linn County supervisors debate if and where they should install electric charging stations, the ability to charge an electric vehicle is slowly spreading across town.

Jon Rouse, general manager with Park Cedar Rapids, said the charging stations — more than a dozen spaces among three downtown ramps — have had anywhere from 80 percent to 100 percent occupancy.

“One of my concerns was they’d be underutilized, but they’re actually being utilized on a regular basis in every facility,” he said. “At some point in time we’re going to actually be looking at expanding that program.”

Rouse said it’s possible charging stations will be added to another parking facility as soon as six months to a year out.

Pam Hinman, director of marketing and communications with the airport, said the chargers were added as part of the airport’s commitment to environmental stewardship.

“We have been trying really hard to find ways we can incorporate elements into the airport operations,” she said.

The stations also provide another offering to airport clientele, she added.