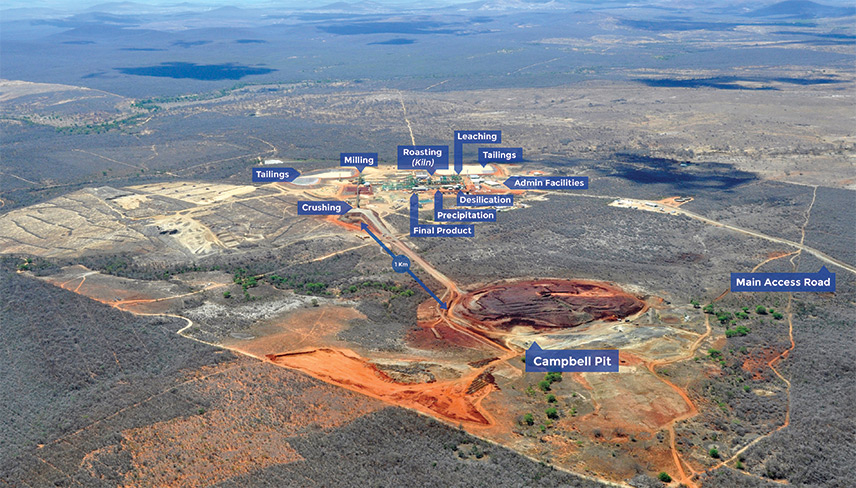 When Largo drilled NAN in 2011 and 2012 it defined a 790 metre zone of mineralization, on average 18 metres wide and grading 0.87% vanadium oxide. Its latest program extended that zone north and south along strike to 1.84 km. The deposit remains open to the south and at depth.. It will drill another 25,000 metres at NAN and other regional targets in 2019.