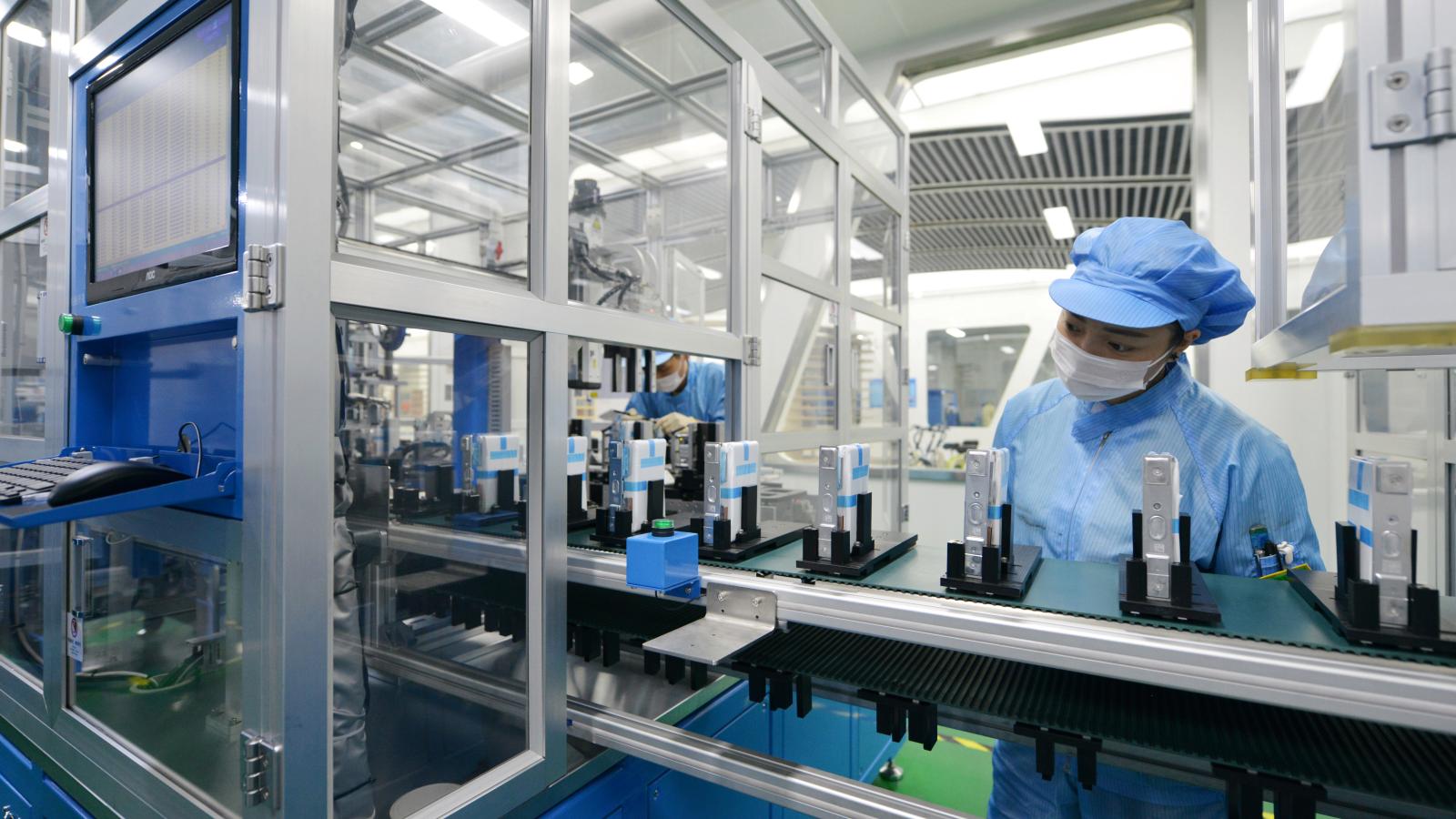 Within a year of being founded, Dutch startup Lithium Werks wants to fight with the big incumbents. Two weeks ago, it made an announcement that’s big news for the battery world: it had just signed an agreement to build a new battery factory in the Yangtze river delta, using an investment of €1.6 billion (around $1.8 billion). The scale and importance of the project was confirmed by the presence of Chinese premier Li Keqiang and Dutch prime minister Mark Rutte at the announcement.

The world’s demand for lithium-ion batteries is expected to rise 16 times current levels by 2030, according to Bloomberg New Energy Finance (paywall). Crucially, the Dutch company’s Oct. 16 announcement that it will build in China is yet another strong signal that the global battery industry now sees China as the premier destination to make lithium-ion batteries effectively and cheaply, moving ahead of East Asian rivals Japan and South Korea.

Lithium Werks has acquired two battery companies, Valence and Super B, and some manufacturing units of a third (A123 Systems), to better position itself to meet the growing demand for lithium-ion batteries. The company has primarily been bankrolled by Kees Koolen, the former CEO of Booking.com (and current chairman of Lithium Werks), though it won’t share exactly how much Koolen has put in. In addition, the company has received €100 million came from the Dutch development agency Oost NL, dedicated to the buildout of Lithium Werks’ research and development office near the University of Twente in the Netherlands.

Despite the big money promises, however, experts Quartz spoke to aren’t convinced Lithium Werks has something unique to offer in the highly competitive battery space, and the startup seemed unable or unwilling to respond to a number of Quartz’s questions about its practices and plans.

Lithium Werks says it has the ability to manufacture batteries that use lithium-iron-phosphate (LFP) chemistry. This type of battery chemistry is typically used to power electric buses, and it can be used as an alternative to the 12-volt lead-acid battery that power most electric cars.

The A123 acquisition allows Lithium Werks to produce cylindrical cells, which are similar in shape to the batteries used in TV remotes for example—they are essentially larger versions of familiar AA or AAA batteries. “We decided to get out of the [cylindrical-cells] business,” says Michael O’Kronley, A123’s executive director for corporate strategy, because the market for them was becoming commoditized and low-margin.

A123 Systems now focuses on making large-format cells, which are typically flat and rectangular. Unlike cylindrical cells, it’s possible to pack many of these cells together without much empty space in between. That makes them ideal for use in electric cars, where space is at a premium.

It’s possible to stuff other types of battery chemistries, such as nickel-manganese-cobalt (NMC) chemistry, into cylindrical cells. But Lithium Werks said it will be using LFP to start.

There are a number of types of lithium-ion battery chemistries, each with its own pros and cons. Overall, the biggest growth for lithium-ion batteries is expected in the electric-car sector. But LFP is unlikely to play a big role there, because though LFP batteries are safe and reliable, they can’t pack as much energy in the same volume or mass as batteries made using NMC chemistry. That, says Venkat Viswanathan, a battery expert at Carnegie Mellon University, means LFP chemistry is likely to remain limited to applications like power tools or electric buses.

Lithium Werks acquired some patents from A123 Systems. Deepak Singh, a researcher for Lithium Werks, says those patents meant A123 Systems wasn’t manufacturing any LFP batteries anymore. O’Kronley says the patents A123 Systems sold were related to the manufacturing of cylindrical cells instead and had nothing to do with LFP chemistry, which A123 continues to use in its main products. A123 has licensed its LFP “nanophosphate” brand to Lithium Werks for a limited period of time, but it hasn’t given up the chemistry patents. (Quartz reached out to Lithium Werks to confirm O’Kronley’s statements but has not heard back.)

Singh says Lithium Werk’s sale price for LFP batteries is $300 per kilowatt-hour (kWh) and it aims to half that as it expands manufacturing. In an initial conversation, O’Kronley told Quartz that A123 Systems sells some battery systems that use LFP chemistry for the equivalent of $110 per kWh. After publication, O’Kronley told Quartz that this was a misunderstanding, but declined to provide other figures. In any case, other types of battery chemistries cost a lot more than LFP—NMC costs more than $200 per kWh—but are still preferred by electric carmakers because of their higher energy density.

Lithium Werks has bold ambitions: €880 million ($1 billion) in annual revenue by 2020, some 2,000 engineers working for the company by 2025, and 500 gigawatt-hours (GWh) worth of annual manufacturing capacity by 2030, which would be enough to power millions of electric cars. Those ambitions start with the factory it announced it will build in China, which the company says will produce about 8 GWh of batteries each year as soon as possible.

But beyond its acquisitions, Lithium Werks has little to show right now. In fact, it has yet to secure the €1.6 billion it needs to build its factory in China. The company plans to raise the money by selling up to 30% in equity and the rest through financing from Chinese banks. Those challenges come on top of the limitations of the LFP battery and its potential market size.