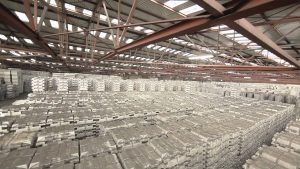 Indonesia’s proposal to create an organisation to control nickel output and prices along the lines of OPEC would be an uphill struggle, industry analysts say, as production is controlled by privately-owned companies and not governments.

The proposal to “coordinate and integrate nickel policy” in the way that OPEC does, to ensure nickel producing countries optimise their returns, was made this week by Indonesia’s investment minister in talks with Canada.

However, oil companies in many Organization of the Petroleum Exporting Countries (OPEC) such as Saudi Arabia are owned by the government while in countries such as Nigeria contracts stipulate that the government can tell private companies to adjust production.

“In OPEC, oil production is essentially a ‘country’-run business…production can be increased or decreased by a relatively small group to influence the global situation,” said Wood Mackenzie analyst Andrew Mitchell.

“In nickel its more disparate – although Indonesia obviously controls a lot of output, there are large producers elsewhere.”

Canada produced 130,000 tonnes of nickel in 2021, according to US Geological Survey (USGS). It is “very unlikely” to participate in any OPEC-like group, a Canadian source familiar with the discussions said on Thursday.

Indonesia is expected to produce between 1.25 and 1.5 million tonnes of nickel this year, more than 40% of world mined production estimated at between 3 million to 3.2 million tonnes.

Most of the nickel produced in Indonesia is controlled by Chinese companies such as Tsingshan Holding Group, CNGR Advanced Material and Zhejiang Huayou Cobalt.

“Important to note is that China retains leverage over Indonesia with regards to nickel. China is not just a key consumer of Indonesian nickel,” said Citi analyst Tom Mulqueen.

“China-linked companies also have a dominant ownership stake in Indonesia’s nickel industry, representing an important source of investment and expertise for its development.”

Other top nickel producing countries include the Philippines accounting for 370,000 tonnes last year and Russia for 250,000 tonnes, according to USGS.

Around two-thirds of global nickel production is used to make stainless steel mostly in mills located in China.

The use of nickel in electric vehicle batteries is also growing fast – amounting to nearly 15% of the total this year and expected to reach 20% by 2025 and nearly 35% by 2030.

“Geopolitics is starting to play an outsized role in the development of the battery supply chain, with Indonesia largely falling into the Chinese sphere and Canada in the US,” said Greg Miller, an analyst at Benchmark Mineral Intelligence.

“I sense geopolitical considerations would override the influence of any OPEC style organization.”