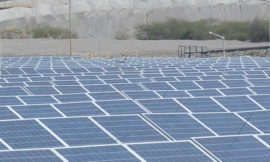 The Indian government has been forced to cancel 12 gigawatts of solar power auctions due to a sharp decline in solar power tariff bids. This may seem counter-intuitive, but this capacity was to be supplied along with thermal power from coal-based power plants.

The Indian government announced in the Parliament that it shall not go ahead with the auction of 12 of the 15 gigawatts solar power capacity for which the country’s largest power generation company NTPC Limited was chosen as the implementing agency. NTPC has already auctioned 3 gigawatts capacity under this ‘bundling’ scheme, and of this, 2.75 gigawatts capacity is operational while 250 megawatts capacity is under construction.

The premise of this ‘bundling’ scheme was that power generated from solar power plants will be bundled with power generated from coal-based power plants, owned by NTPC Limited. This scheme was devised when solar power tariffs were much higher than the cost of generation of coal-based power plants. Bundling solar power with thermal power, in different proportions, thus resulted in a lower overall procurement cost for power distribution utilities. This scheme was implemented by the government in order to make solar power attractive for buyers which saw renewable energy as a costly source of power which was being forced onto them.

Solar power is now significantly cheaper than thermal power. We have done extensive reporting over the last two years on how almost each new solar power auction in India has led to a new record low tariff bid by the developers. More than a year back we published an analysis stating that the new solar power projects were cheaper than 92% of the operational coal-based power plants in India.

Solar power tariff bids being quoted by various solar power project developers are now well below Rs 3.00/kWh (¢4.27/kWh), while NTPC reported an average cost of generation at Rs 3.42/kWh (¢4.87/kWh), with a huge majority of its operational capacity based on coal- and gas-based power plants.

The government has not clarified what would happen to the un-auctioned capacity of 12 gigawatts. However, it is almost certain that this capacity would be adjusted with some other scheme under the National Solar Mission. NTPC could auction this capacity itself as part of its ambitious plan to become India’s largest renewable energy producer by 2020.