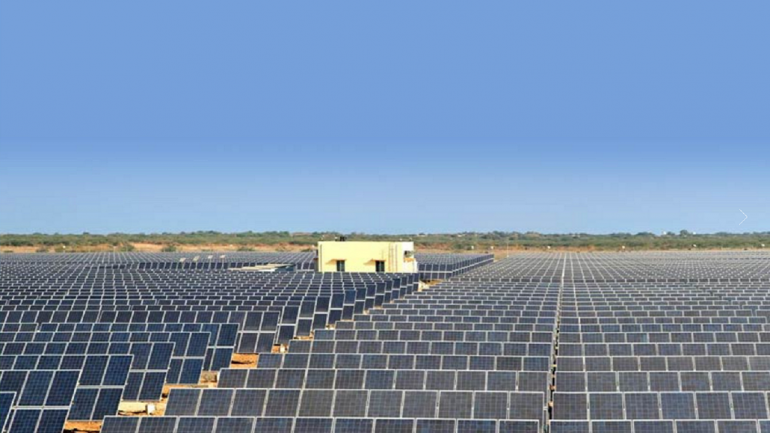 India may not reach its ambitious National Solar Mission target to add 100 gigawatt (GW) of solar power capacity by 2022 as the country is likely to touch 78-80 GW capacity in the best-case scenario, according to a report by the ratings agency Crisil published in Mint.

Crisil said it expected an additional 56-58GW of solar capacity addition between FY19 and FY23. Currently, India has a capacity to generate 21.65 GW of solar power. While 7.3 GW is under construction, based on already allocated schemes, another 1.7 GW is expected to be tendered and allocated over FY19, the report said.

Considering the current situations, Crisil stated that a safeguard duty on solar modules from China and Malaysia, which took effect this month and will continue for two years, is expected to slow capacity addition. The government has imposed this duty to protect domestic players from a steep rise in the inbound shipments of the product.

Industry experts said that the safeguard duty will raise capital costs by 15-20 percent. This will add 30-40 paise per unit to bid tariffs so developers can maintain the same rates of return on their investments, the report said.

Individual states have also set aggressive targets under their respective solar policies. “However, state government projects are not as well-funded and they have less access to cheap financing,” Rahul Prithiani, director, Crisil Research told the paper.

Prithiani added that they are more confident that projects with the Solar Energy Corporation of India (SECI) will be executed faster as their projects are better able to deal with evacuation concerns (i.e. connection to the national grid).

India’s solar mission target for the rooftop segment of 40 GW by 2022 is the key concern. Under this segment, the rooftops of commercial and industrial units are used to generate power to reduce dependence on the grid. Crisil expects this figure to be not more than 8 GW by 2023 because the cost of solar power at rooftops is expected to be far higher than from the grid.

“There are execution and counter-party risks to the rooftop segment, and that’s why we’re expecting the big shortfall here,” Prithani said, adding that unless the rooftop solar segment is supported with a firm battery market and a legal enforcement of contracts to make sure developers honour contracts when tariffs change, the rooftop market will struggle.

The developers are worried due to uncertainty regarding the duty. Acme Solar, which has about 2000 MW of projects told the paper that it would pull out of these projects if it has to bear the additional burden of the safeguard duty.

The states, as well as SECI, has cancelled several auctions due to lower bids. In July, Uttar Pradesh cancelled the auction for 1,000MW as it received the lowest bid at Rs 3.48 a unit. Similarly, SECI also cancelled 950 MW of solar tenders in July as it was unhappy with the bidding tariffs.

“It’s hard to say which tariff is unreasonable; it’s hard to predict whether module prices will go up or down in the future. If bids are scrapped, you’ll further delay the overall programme,” Prithani said, adding that the government should go ahead with these projects even if tariffs are higher than what they like.