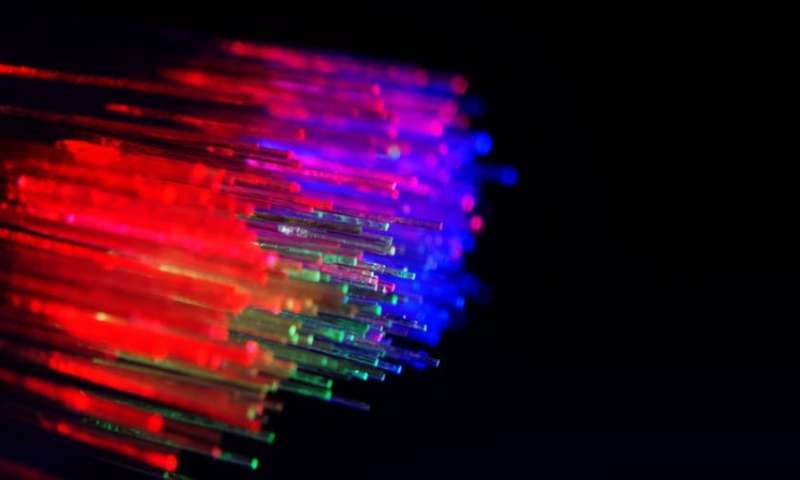 Imagine a metal bar that has been heated at one end. Instead of the heat gradually spreading over its entire length, the bar eventually becomes hot again at the place where it was originally. The fact that, paradoxically, a complex system returns to its original state instead of evolving toward equilibrium has drawn the attention of physicists for more than 60 years. Thanks to a series of advances in optical fibres, much richer and complete than before, our French-Italian team of researchers has just taken a crucial step in better understanding this phenomenon.

These are not only top results in fundamental physics but also of primary interest for the general public – the process in question is at the heart of phenomena such as the formation of rogue ocean waves or the design of high-precision optical clocks.

The Manhattan project at the origin of the paradox

The paradox was first discovered in 1954 by leading scientists, some of whom were involved in the Manhattan Project, which would provide the United States with the atomic bomb. They were Stanislaw Ulam, John Pasta, and Mary Tsingou, and Enrico Fermi, winner of the 1938 Nobel Prize in physics. Fermi has the idea of using one of the first-ever computers to explore new complex physical phenomena whose resolution was not possible by calculation. This marks the beginning of a revolution – numerical simulations – that has become essential in all areas of physics.

But for Fermi and his colleagues, the results of the first computer test revealed some completely unexpected behaviour: The system they were studying returned to its initial state.

Since then, the problem has been studied and written about extensively. The repeated efforts of physicists to solve it have been particularly fruitful for many branches of physics where it can be observed. In particular, they led to the discovery of the theory of solitons, pulses that propagate without deformation that can be observed in oceans, plasma physics and optics.

Some models predicted that the Fermi, Pasta and Ulam phenomenon was actually cyclical – the system returning several times to its initial state. But the experiments that had highlighted it had never detected anything more than a return to the original state: intrinsic losses of the system mitigated its manifestations too quickly.

Our research team, based at the University of Lille’s PHLAM Laboratory and associated with an Italian theorist from the University of Ferrara, has managed to find a way to compensate these losses over more than 8 kilometres of optical fibre by adding a light source of a very different colour that served as an energy reservoir. This unprecedented process allowed us to observe for the first time a second return to the initial state. The experiment took place at the FiberTech Lille facility, part of the IRCICA research institution.

Thanks to an ingenious device that looked at diffusion of light by impurities within the fibre, known as Rayleigh scattering, we were able to measure not only the intensity of the light but also what the optical specialists call its phase, and this along the whole fibre length. We then observed an unprecedented behaviour: recurrent shifts from one cycle to another, the maxima taking the place of the minima.

This result, predicted by some models, opens a new way in the understanding of this phenomenon, which at the root of many other complex processes: frequency combs. These “laser rules”, advancing swiftly in recent years, bring light into a large number of new applications, ranging from distance measurement for autonomous cars to the discovery of exoplanets, to name just a few.