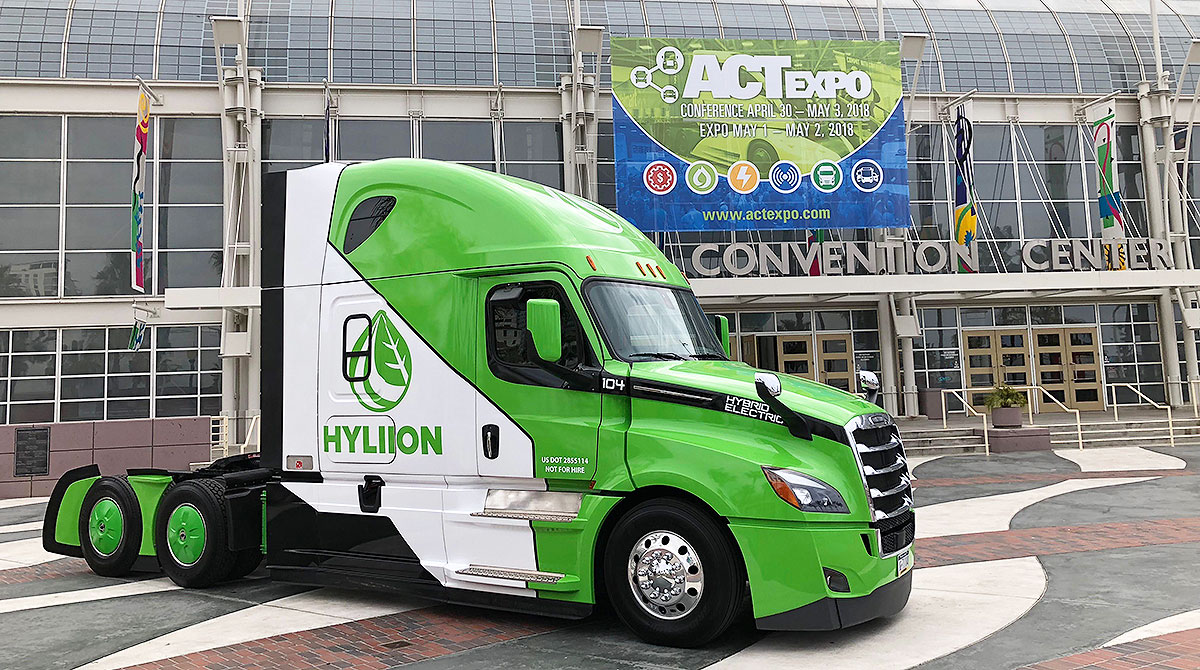 Heavy-duty vehicle supplier Hyliion has acquired the battery division of Gentherm Inc., a move intended to consolidate control of its battery technology supply chain that underpins its 6X4HE hybrid-electric axle.

Hyliion was the division’s primary customer prior to the acquisition. Terms were not immediately disclosed.

Having proprietary technology is crucial to succeeding in the heavy-duty truck electrified space, Thomas Healy, CEO and founder of the Austin, Texas-based company, told Transport Topics.

“It is a battery packaging and software play for us,” he said of the acquisition. “The amount of energy we are trying to store in these batteries and then discharge when you go to accelerate is unbelievable. We can capture over five kilowatt hours of power on some downhills, which is about 20% of the power used in a home per day.”

In the Hyliion system — available primarily as an aftermarket item for Classes 7-8 trucks — regenerative braking captures power when the truck is slowing down, then electric power is applied when necessary to keep a diesel engine at its most efficient revolutions per minute.

Healy said the hybrid-electric approach for commercial vehicles was not new but now it is “being revitalized.”

At the same time, with a hybrid-electric truck it is difficult to figure out how the diesel is performing, Healy said — is it in its efficiency band, is it outside — and then have the system software respond accordingly to supply or capture energy.

“We have been able to see over 40,000 charge-discharge cycles out of our system. That is about a 7- to 10-year life out of the product, which is much higher than what we are going to see out of fully electric trucks,” he said.

Hyliion has partnered with Toshiba Corp. for its battery cell technology and with Dana Inc. for cooling technology to improve the thermal management of the batteries.

“I can guarantee you there is no one else out there who can charge and discharge batteries at the rate we are and have a stable solution. It is pretty remarkable, actually, what the team has been able to accomplish,” Healy said.

Meanwhile, there was a strong response to the company’s recent offer to allow fleets to use a Hyliion truck equipped with the 6X4HE, an electric auxiliary power unit and aerodynamic package from FlowBelow Aero Inc. — 70 fleets signed up, he said.

“Honestly, that was too many for us to be able to handle. So we shortlisted a group of fleets we have been working with, and we are just at the point of shipping out revenue units now,” Healy said July 27.

The hybrid axle can boost fuel efficiency by 15%, the electric APU by 12% and the aerodynamic components by 3%, according to Hyliion.

The cost of the system is $25,000, and the payback period is two years for over-the-road trucks, Healy said.

On a hybrid-electric longhaul truck, the batteries can weigh 400 to 500 pounds, according to the North American Council for Freight Efficiency.

Formula One race cars use regenerative braking as do numerous models of electric and hybrid passenger cars, NACFE reported in its confidence report on hybrid technology.

Hyliion in 2015 started with a focus on trailers. Although it has shifted its attention to the tractor, Hyliion sees the trailer application as eventually more suited for international use and some segments in the United States, Healy said.

Also, the company has test units with more industrial designs in the hands of operators of tugboats and commercial off-road applications, and high-voltage systems operators, he said.