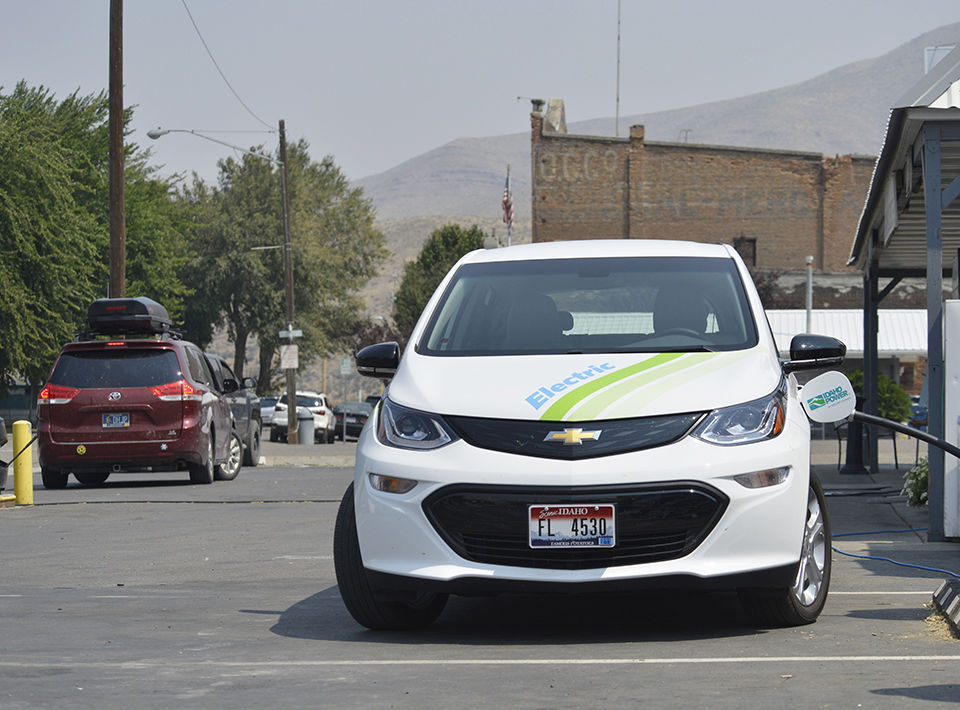 Just in time for National Drive Electric Week, an advanced electric vehicle charging station is now online in Huntington. Electrify American has installed four chargers there, “including two state-of-the-art 350-kilowatt units,” according to a news release from Idaho Power.

There are several power options, starting at 50 kW, at the “ultra-fast” charging stations which have credit-card readers and are capable of powering up to four vehicles at once.

The goal of having a station in Huntington is to extend the range for drivers of those vehicles traveling along Interstate-84 from Boise to northeast Oregon.

“Huntington is an excellent spot due to its central location between Boise and Pendleton, Oregon,” said Brendan Jones, COO of Electrify America, in a news release. “Visitors have a convenience store and a restaurant nearby where they can refuel themselves while their car is recharging.”

The company worked with Idaho Power “to get connected into the electrical grid and ensure smooth operation.”

Idaho Power has a growing fleet of e-vehicles, including its newest addition, a Chevy Bolt.

“It has the longest range, at 238 miles, of the half-dozen all-electric EVs the company owns,” states the release.

“We hope it will provide a great service to the community and increase people’s interest in zero-emissions vehicles,” Jones said.

The growing charging network enables more people to opt for e-vehicles for transportation, according to the release. Idaho Power has worked with several businesses in its service area to install charging stations as more customers go electric.

“Expansion of a national network of fast-charging stations will help EVs evolve from being used primarily for local trips to vehicles that can be readily used over long distances,” said Patti Best, Idaho Power Program Specialist.

Huntington’s e-vehicle charging station is next to a gas pump at T and T Country Store, 40 Washington St. West.

In conjunction with National Drive Electric Week, electric cars will be on display at the Idaho Capitol in Boise from 10 a.m. to 12:30 p.m. Saturday.

Idaho Power will be there to show off some of its e-vehicles.