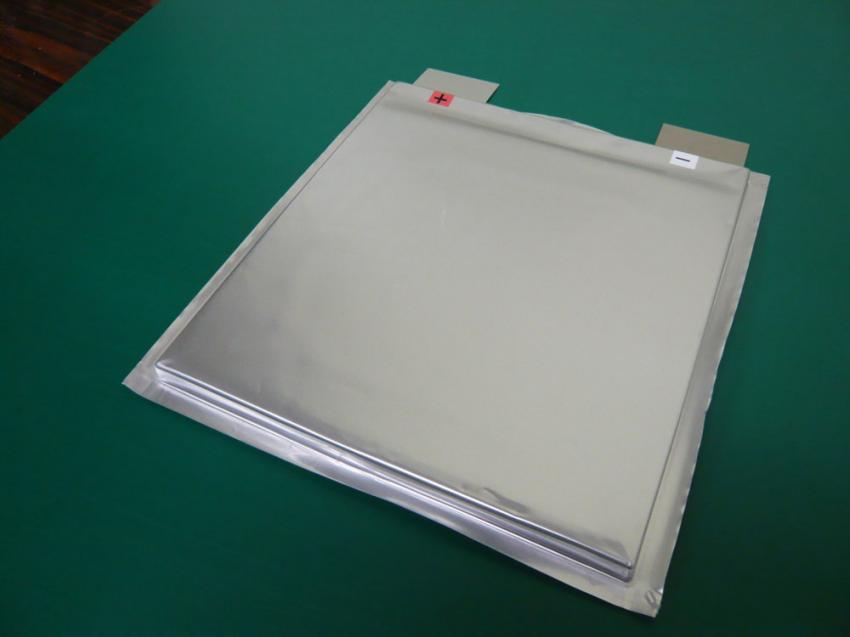 Hitachi Ltd has developed a lithium-ion (li-ion) rechargeable battery that can be safely used at high temperatures, in collaboration with Itaru Honma, professor at Tohoku University, and others.

The flash temperature of the new battery is 120°C or higher while that of an existing product is 20°C. Even if liquid leakage occurs, the battery is unlikely to catch fire. As a result, it becomes possible to simplify safety and cooling components and improve the capacity density of a battery pack.

This time, a battery with a capacity of 100Wh was prototyped, and it was confirmed that the battery does not ignite in a nailing test.

The electrolyte of the battery is based on organic materials. The development of the materials was conducted by using computer simulation. The ionic conductivity of the electrolyte is several millisiemens per square centimeter (mS/cm2), which is lower than that of existing electrolytes, but is expected to be improved.

The side reaction between the electrolyte and positive/negative electrode was mitigated to prevent the capacity from lowering. When the prototype was repeatedly charged/discharged, it was possible to keep a capacity that is close to the theoretical value. Therefore, the occurrence of the side reaction seems to be limited. Also, measures for uniform dispersion were taken so that aggregation, which can lower the reliability of electrolyte, does not occur.

The new battery is expected to be applied to (1) electronic devices installed in the engine compartment of a vehicle, (2) medical devices that are required to be sterilized at high temperatures, (3) outdoor-use power storage systems to be used in high-temperature regions, etc. The new electrolyte can be applied without making major changes to the existing battery manufacturing process.