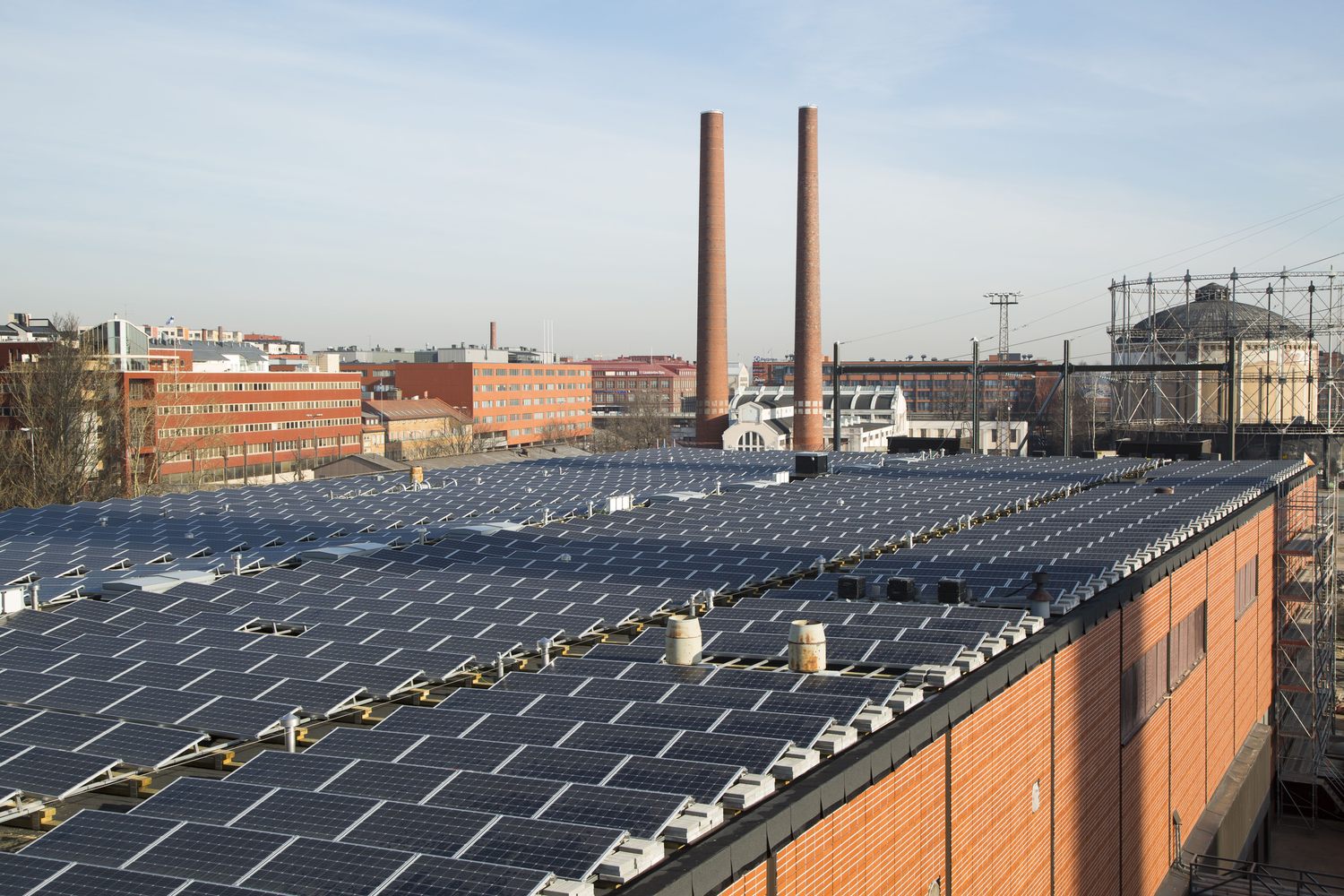 The company’s immediate step is to utilize biomass-based energy production to ensure sufficient heat energy supply, especially since the demand for energy in the winter exceeds that of the summer almost tenfold. Additionally, Helen will close its largely coal-fired Hanasaari power plant, and develop the modifications for the new plants. The long-term solutions entail energy recycling, increased utilization of locally produced renewable energy, and energy storage.

By harnessing the heat contained in purified wastewater, Helen is able to recover and produce district heat at the world’s largest heat pump plant in Finland. Similarly, this principle of energy recycling is used to capture surplus heat produced by solar radiation from data centers and properties to provid district cooling. The heat pumps are responsible for producing over 90% of Helsinki’s district cooling, demonstrating the potential of the technology.

Hailed as “the first of its kind” in seasonal energy storage, the former Kruunuvuorenranta fuel storage facility will be converted to store hot and warm water for times of need. This enables consumers to decrease or transfer their electricity usage to off-peak periods. Rauno Tolonen, Helen’s climate and energy efficiency manager comments, “These storage facilities are a tangible metaphor of our transition from fossil fuels to renewable energy sources.”

Further strategies such as the vehicle-to-grid electric car charging stations allow electric vehicle owners to transfer power to the grid for storage for later, essentially making consumers producers of energy. With the City of Helsinki aiming to satisfy 15% of the city’s power demand with solar energy produced by rooftop solar panels as well as ongoing research by Helen for possible geothermal outlets, there is significant development for new innovations.

Coupled with the measures taken by the company to establish sustainable practices involving both the producers and the consumers, Finland can feasibly reach its goal to become carbon neutral in the near future. As Tolonen remarks, “We’re in a race with time to meet our climate commitments.”