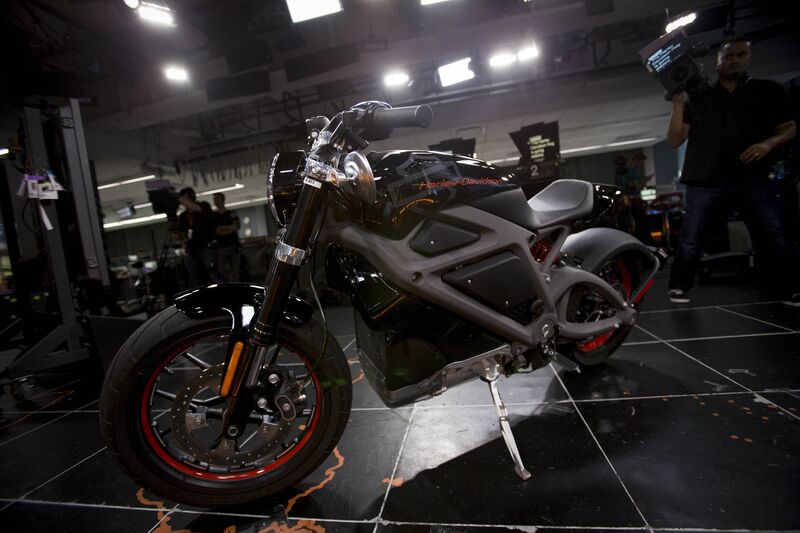 On Tuesday, during a routine earnings call, Harley-Davidson Inc. announced it will produce an all-electric motorcycle.

The announcement accompanied news of additional job cuts and a plant closure at the Milwaukee-based company. It also came four years after Harley unveiled its “LiveWire” project, a prototype all-electric motorcycle.

“You’ve heard us talk about Project LiveWire,” Matt Levatich, the president and chief executive officer of Harley-Davidson, told listeners during the call on Tuesday. “It’s an active project we’re preparing to bring to market within 18 months.”

If it is anything like its precursor, the new motorcycle, which was not named, will carry a roughly 50-mile range and be able to go from 0 to 60 miles per hour in 4 seconds. By comparison, Zero’s SR hits 60mph in 3.3 seconds, and the Mission R racer has a top speed of more than 150mph, with a sub-3-second sprint time. A standard Ducati Monster 1200 motorcycle can hit 60mph in just under 3 seconds.

The decision comes at a time when the electric motorcycle market is small but growing: In a 2016 report, market research firm TechNavio projected 45 percent growth in the electric motorcycle industry by 2020. This stands in stark contrast to the deepening slump in U.S. motorcycle demand, with industry retail sales down 6.5 percent in the fourth quarter of 2017; Harley sales fell 11 percent in the fourth quarter and 8.5 percent for the year, according to numbers released on the call.

“Our brand stands for freedom and independence and personal freedom, and we think the brand is fundamentally sound,” he said during the call.

Meanwhile, Bayerische Motoren Werke AG currently sells an electrified $23,000 C Evolution e-Scooter in Europe and has shown a futuristic electric motorcycle concept (that won’t require a helmet), while upstart electric motorcycle companies such as Zero Motorcycles Inc. and Brammo Inc. maintain brisk businesses of their own.

The irony in the Harley announcement is that it comes from a company that built its image on the loud, outlaw-style rumble of its engine and the decidedly un-eco-friendly look of its choppers and road cruisers. Where the 32,000 new Harley-Davidson buyers in the U.S. last year probably bought their first hog in large part for its patented loud sound, the electric Harley will undoubtedly be quiet(er).

“I don’t think there is a way forward for Harley,” says Kevin Tynan, a Bloomberg Intelligence analyst for the automotive industry. “Investment in the tech will be funded by a dying business, and they are basically starting from scratch. Either they shrink to demand and be what they’ve always been or they sell out and pursue some weird future-mobility business model that doesn’t promise anything—even if they were capable of pulling it off.”

Alan Stulberg, the founder of Revival Motorcycles and a well-respected force within the motorcycle community, is cautiously optimistic.

“My feeling is that it will be well-received by the public and new buyers, which Harley direly needs, but not by people who normally ride a Harley,” he says. “It’s awesome. It’s necessary. The more people who enter that market, the better.”

Harley-Davidson executives will market the production version of the electric bike to a broad spectrum of buyers, basing the plan on research from the 12,000 people who rode LiveWire.

“The universal appeal of that product was the most astounding aspect of that initiative,” Levatich said of LiveWire during the call. “It gave us a lot of confidence that electric motorcycles have broad-based appeal. … They are going to sit alongside existing Harleys and garages as much as they’re going to create new interest in the sport.”

At any rate, Revival’s Stulberg says, the appeal of an electric bike is not mutually exclusive vs. that of one running on a conventional internal combustion engine. While the thumping sound of the latter is undeniably alluring, the flying feeling provided by the former matches it for pure riding thrill.

“This will only increase the respect that the brand gets,” he says. “At least finally, they can say that Harley does low-tech heritage and it does cutting-edge technology. They can do both. If Harley can do that, it’ll save the company.”