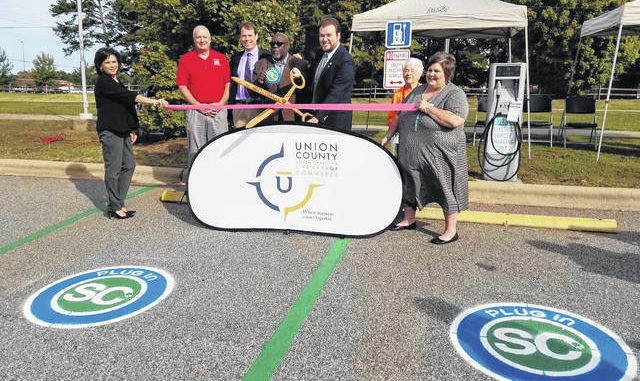 One of the defining features of the 19th and 20th centuries was the increasing use of fossil fuels such as coal and oil to power the rise of the modern world.

This was a good thing because the power provided by fossil fuels transformed society, increasing the wealth, power, and creature comforts available to the American people and the rest of humanity. Fossil fuels powered the revolutions — Industrial, Scientific, Technological, and Information — of the past two centuries and so humanity’s embrace and use of them made sense. To have rejected fossil fuels would have been to reject the improvements in the human condition they have made possible and would have deprived the human race of the opportunities it has enjoyed over the past 200 years.

Unfortunately, for all the positives that have resulted from humanity’s use of fossil fuels there have been negatives as well. The worst of these is the damage done to the environment in the form of polluted air, polluted water, and polluted land, pollution that is a by product of fossil fuel use. Then there is the danger of war growing out of the fact that so much of the world’s supply of oil is located in unstable regions of the world like the Middle East and other parts of the Third World and under the control of despotisms like Saudi Arabia, Iran, Venezuela, and Russia whose control of such a valuable resource makes them powerful and dangerous players on the world stage.

So for all the good that the use of fossil fuels have make possible, the unfortunate side effects resulting from their use threatens to not only undo the benefits of their use but to visit upon the world catastrophic destruction.

With this in mind it is now more clear than ever that humanity must find alternatives to fossil fuels that will enable the modern world to continue while mitigating and hopefully eliminating the dangers created by two centuries of fossil fuel use.

In Union County, steps are being taken to do just that, with the latest step being taken Thursday (November 1) with the “rebranding” of the county “Electric Vehicle Charging Stations.”

Thursday’s ceremony was held at the Timken Sports Complex where two of the county’s 10 Electric Vehicle Charging Stations are located. Taking part in the ceremony were City of Union Mayor Harold Thompson, Union County Supervisor Frank Hart, and Lockart Power Chief Operating Officer Bryan Stone. Their presence was a sign of the collective and cooperative nature of the move from fossil fuels to more environmentally-friendly or “green” alternatives, a move that, if it is to truly succeed, must occur at the grassroots.

Also taking part in the ceremony was Landon Masters of the Palmetto Clean Fuels Coalition, a US Department of Energy Clean Cities Coalition, which promotes initiatives designed to reduce the use of petroleum. The initiatives promoted by the PCF included the replacement of petroleum powered automobiles with electric ones and that’s why the organization was at the Timken Sports Complex last Thursday.

Masters explained that by taking part in the rebranding of their Electric Vehicle Charging Stations, the City of Union and Union County are the “first local governments in South Carolina to adopt standardized electric vehicle signage.” That signage includes general service signs that direct motorists to the charging stations, parking signs stating that the spaces are only to be use by cars being charged, pavement markings including the “Plug In SC ” logo. The goal is to make sure all electric vehicle infrastructure like the charging stations in Union County are visible and recognizable.

Thursday’s rebranding is the latest step in Union County’s efforts to embrace and promote the growth of the use of electric vehicles that are not only more environmentally-friendly in and of themselves, but are powered by electricity generated from environmentally-friendly sources. Thompson pointed out that those efforts began eight years ago as the community committed itself to going “green” by supporting and encouraging the use of electric vehicles.

“We got on board early about eight years ago with vehicle charging stations,” Thompson said. “We’d been talking about going green as much as possible. This is an opportunity to start going green. Electric vehicles are going to be the wave of the future. We’re just doing our part to try to save the environment.

Stone pointed out that the charging stations — which are located at Timken Sports Complex, the City Union Municipal Building, USC Union, the Spartanburg Community College Union Campus on US 176, and at Lockhart Power in Lockart — were installed eight years ago in order to address the “chicken and the egg” problem that was helping to limit the growth of electric vehicle usage.

“Eight years ago there were very few electric vehicles around and even fewer charging stations,” Stone said. “One of the barriers at the time was how do we convince people to buy electric vehicles if they have so-called range anxiety, if they are worried about running out of electricity before they can get home and recharge. That was a barrier to widespread adoption of electric vehicles.”

The intervening years have seen the situation change with electric vehicles now able to travel further on a charge, and more electric charging stations like those built eight years ago now available.

“Electric vehicles are becoming more mainstream, there are now dozens of models of electric vehicles,” Stone said. “Some of the challenges still exist (but) the range anxiety is much less than it used to be. Now you can go hundreds of miles with some of those vehicles with a single charge. Having electric vehicle charging stations in the public eye, those have grown in number.”

While those stations are in place, Stone said the challenge now is to make the public more aware of them and their locations and their availability. Stone said this is especially important for persons who live outside a community and don’t know where the local charging stations are. He said this can make them hesitant to drive their electric vehicles into places like Union County. By having signage in place at the recharging stations and elsewhere to make their presence known, Stone said this could remove a major barrier to increased use of electric vehicles.

Hart also welcomed the changes, saying that the county “is excited to be part of the initiative” and get prepared along with the rest of South Carolina to take advantage of the growing use of electric vehicles.

“Electric vehicles are coming,” Hart said. “They may not have penetrated the market to the extent that we’d like to see them in South Carolina, but according to the data I’ve seen within the next 10 years 15-25 percent of the light duty vehicles in the US will be electric vehicles.”

Those vehicles will need electricity, preferably from sources that are “green,” that is environmentally friendly and renewable and that’s just what Lockhart Power has to offer.

Lockhart Power supplies much of the power used at the charging stations, making the electric vehicles charged on them even more environmentally friendly. That’s because Lockhart gets 99 percent of its power from environmentally friendly or green sources. Those renewable sources include hydroelectric power generated by three dams including Lockhart Dam and methane gas recovered from the Wellford Landfill.

“Green power for green cars,” Stone said. “It just doesn’t get any better than that for a society trying to wean itself off fossil fuels.”