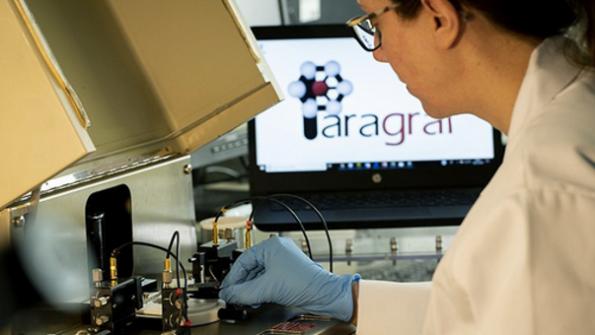 Paragraf Ltd. (Cambridge, England), a graphene devices startup, has opened an R&D laboratory north of Cambridge and is expecting to deliver its first graphene-based electronic device later this year.

This move follows on from its seed investment of £2.9 million (about $4 million) announced in March 2018.

The site will be used for the development of mass-market graphene-based electronic devices that can use Paragraf’s proprietary production technique that the company claims can overcome issues of quality, contamination, and reproducibility. The expected results of this research could include novel sensors, solid-state electronics and energy storage cells, the company said.

Alongside Cambridge University, which the company span out from in 2017, Paragraf is working with Queen Mary University, London. The company said is working on a graphene-based device and has strategic partnerships preparing for rapid market entry.

Professor Sir Colin Humphreys, chairman and co-founder of Paragraf, said: “Within a few months Paragraf has installed customised large-area graphene production, processing and characterisation equipment, and fabricated transfer-free graphene on silicon and sapphire wafers. I greatly look forward to the production of its first graphene electronic device later this year.”