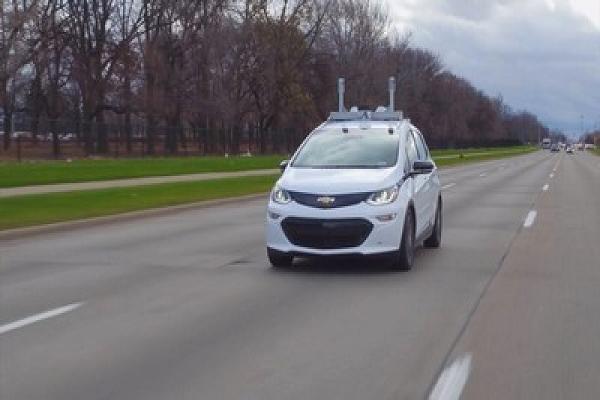 GM shares were up nearly 11 percent midmorning Thursday, on track for their best day since the company went public again in November 2010.

GM also will make a $1.1 billion investment in GM Cruise once the deal has closed.

The investment is “a big recognition and validation of the progress we’ve made over the last couple of years to get to this point,” GM President Dan Ammann said Thursday in an interview on CNBC’s “Squawk Box.” “But I also think it’s a big recognition of the opportunity that lays ahead.”

The deal, which is subject to regulatory approval, will result in the SoftBank Vision Fund owning a 19.6 percent equity stake in GM Cruise.

GM said it expects it has the capital necessary to reach commercialization at scale beginning in 2019.

Ammann on CNBC on Thursday reiterated that commitment, saying, “we’ve continued to make a lot of progress and that continues to be our objective.”

“More importantly, our ultimate decision to launch the technology fully driverless is really going to be gated by safety,” he added. “We need to hit the right level of safety performance, and when we do that we will be ready to go.”

The investment comes as rivals Tesla and Alphabet’s Waymo unit are pushing to gain an advantage in the autonomous vehicle space.

Last year, Ford said it plans to develop self-driving vehicles without steering wheels, though those vehicles are not expected to be ready until 2021.