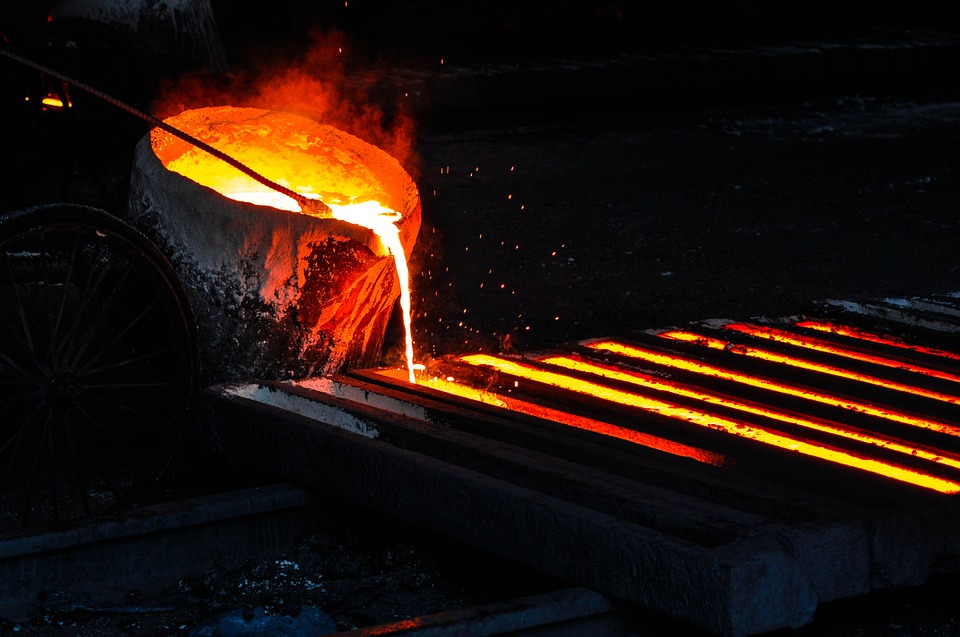 The Bloomberg Commodity Index, which tracks a basket of major commodities within the three major sectors of energy, metals and agriculture, was on track to show its first weekly rise in six. Gains in energy and metals, both industrial and precious metals helped offset losses in agriculture commodities.

The dollar reached a 17-month high against a basket of currencies before weakening in response to muted US inflation data and not least, comments from Federal Reserve Chairman Powell. In a speech he highlighted the current strength of the US economy while also saying that it could face headwinds next year.

Bonds rallied, with US 10-year yields hitting a three-week low, while weakness returned to the US stock market.

This came as key technology stocks suffered, and hopes faded of an imminent trade deal between the US and China at the G20 meeting in Buenos Aires later this month.

The energy sector continued to attract most of the attention given the extreme movements witnessed in both crude oil and natural gas. Weeks of crude oil selling triggered what looked like a final capitulation of longs on Tuesday when both WTI and Brent lost 7%, the biggest one-day slump in three years. The following day natural gas at one point spiked by 20% before finding sellers. As the weekend approached some of the losses and gains in both had already been clawed back.

The agriculture sector, led by soft commodities, traded lower amid a stronger dollar, especially against sterling which put cocoa under pressure. Short-term fundamentals in general remain weak with the dollar strength and ample supply weighing on prices of several key food commodities.

A steady rise in natural gas since the beginning of the month ended up in a major rout on Wednesday when the front month contract at one stage almost reached $5/term, a 50% increase on the month, before finding sellers. It was carried higher by strong momentum on the combination of unseasonal cold weather across the US northeast raising short-term concerns about production being disrupted due to freezing of the well heads, together with low stocks.

A year of record production, but also record demand from domestic consumption and rising exports, has left stocks lingering at a seasonal 15-year low ahead of the withdrawal season that is about to kick off within the next couple of weeks.

However, and as we highlighted in our mid-week update, such a price surge was at risk of being at least partly reversed given how early in the winter season the rally occurred. A weekly stockpile increase slightly above expectations and weather forecasts showing moderating cold ahead helped trigger the biggest one-day retreat since at least 1990. This week’s developments showed that the US natural gas market will be facing four months of volatility with a potentially colder than normal winter keeping the focus on the low level of stocks.

The rout in crude oil accelerated and resulted in the potential final round of capitulation selling last Tuesday when Opec’s Monthly Oil Market Report confirmed what bulls increasingly had come to fear: Surging production from non-Opec producers, especially the US and Russia, and reduced demand for Opec’s own oil at a time when the market was already troubled by signs of slowing demand growth into 2019.

Adding to this, we have the reduced impact of US sanctions against Iran’s export ability after Washington unexpectedly granted waivers for some countries, including some of the world’s biggest buyers. The 7% drop in WTI crude oil and 6.6% drop in Brent were the worst one-day losses for these benchmarks in three years. It looked like a classic capitulation move with bulls finally throwing in the towel following weeks of relentless selling. It now raises the question of whether the market has overshot to the downside, just like Brent did to the upside at the beginning of October when it hit $87/barrel. We believe that it has, with our assumption being based on the following observations:

* Crude stocks are likely to begin falling soon once global refinery activity ramps up after maintenance.

* Saudi Arabia has been played by the US over Iran and they are angry. Together with their friends they are now considering cutting production by 1.4m b/d (Reuters)

* Speculators have sharply reduced their net-long positions with some of that being due a rise in gross-short positions. A price recovery will force renewed buying and short-covering.

* Many refineries have limited use for the very light US shale oil compared with heavier qualities from the Middle East. A cut in ME barrels will increase the cost of middle distillate products, such as jet fuel, heating oil and diesel. Note Diesel (ULSD) already trades at a multi-year high spread relative to gasoline (RBOB).

* The 20% drop in Brent crude oil since early October has come as a major relief to emerging market consumers already struggling with a strong dollar, high levels of dollar debt and the rising funding cost of funding it. Several oil producers can ill afford the slump experienced since early October and on that basis, we can expect both Opec and

Russia to step up their attempts to stop the rout and guide crude oil higher. Russia, which has based its 2019 budget on an oil price of $40/b, will be content with Brent at $70/b, while Saudi Arabia is desperate for a price closer to $80/b.

In the short term, Brent crude could climb back towards $73/b (38.2% retracement as per chart) and even higher ahead of year end.

Gold has managed to put some distance between its current price and $1,200/oz, a support level that was tested on a few occasions this past week. The recovery, while coinciding with a big drop in bitcoin probably had more to do with other developments.

Brexit and political uncertainty in the UK, together with increased focus on the trade war ahead of the meeting later this month between Trump and Xi Jinping, provided some safe-haven support. Adding to this were renewed stock market weakness and lower bond yields in response to muted US inflation data and not least comments from Federal

Reserve chairman Powell. In a speech he highlighted the current strength of the US economy while also saying that it could face headwinds next year.

For now, gold remains range-bound and unable to establish a renewed run to the upside. For that to happen we need to see one or more of the following: a geopolitical event, a weaker dollar, a dovish shift in US monetary policy or a prolonged and major sell-off in equities. Resistance remains at $1,240/oz while a break below $1,200/oz could leave it exposed to additional short-term weakness.

Silver, meanwhile, managed to recover from multi-year lows after finding buyers below $13.94/oz, the September low. Apart from the softer dollar and bounce in gold, the semi-precious metal also took comfort from a bounce in industrial metals.

This was in response to Chinese data which showed a pickup in industrial production and infrastructure investments.

However, silver remains historically cheap with the latest weakness triggering another move higher in the gold-silver ratio. This week it hit 86 ounces of silver to one ounce of gold, a 25-year high. During this time frame it has only traded above 83 on three previous occasions in March-16, October-08 and March-95. All these peaks led to a contraction of the ratio the following months by anywhere between 23% and 30%.