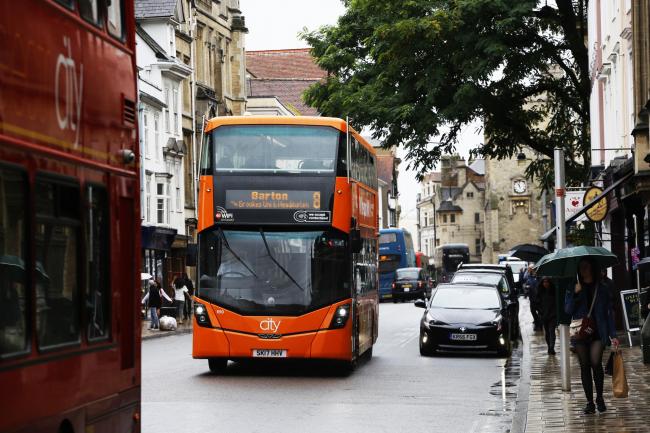 PASSENGERS will be able to board electric buses to get around Oxford later this year after the city council secured a £1.7m Government grant.

Five open-top sightseeing buses will be retrofitted to become fully electric and 78 other diesel buses will undergo work to make them less polluting.

The city council said it would mean the level of dangerous nitrous oxide levels in the city – which have already dropped by 36.9 per cent in the last 10 years – will continue to plummet.

The £1.7m will be given to the city council over two years and will be paid by the Department for Transport’s Clean Bus Technology Fund.

The department has split £40m between to 20 local authorities to reduce emissions from buses.

Measures to cut air pollution in Oxford include the Low Emission Zone, which was introduced in the city centre by the city council and Oxfordshire County Council in 2014.

The first policy of its kind outside London, it requires all buses used in Oxford to be low emitting vehicles.

The councils have now said they want to set up a Zero Emission Zone in the city centre before 2020.

Councillor Susan Brown, leader of Oxford City Council, said: “I am delighted that this grant will enable us to introduce fully electric buses to Oxford. Currently Oxford has air pollution levels in the city centre which are above legal levels and therefore can damage the health of Oxford’s residents and visitors.

“We are looking at all measures possible to reduce pollution in our city centre.

“In recent years, nitrogen dioxide levels have remained fairly constant, so we need to take more radical measures to tackle this issue.

“The Zero Emission Zone is one such step change, but this will help us to achieve our goal of cleaner air.”

The city council, with support from the county council, has already been given £500,000 of Government funding to install charging points for electric taxis.

The Government said last year that it plans to ban new petrol and diesel cars and vans from 2040.

The city council has worked with the Oxford Bus Company, which owns City Sightseeing Oxford, and Stagecoach on the electric bus bid, and the bus companies will retrofit their own vehicles.

Environment minister Therese Coffey added: “Poor air quality affects public health, the economy and the environment, which is why we are determined to do more.

“The government is delivering on its commitment to improving the environment within a generation and leave it in a better state than we found it.”