The hybrid concept made its debut this week. 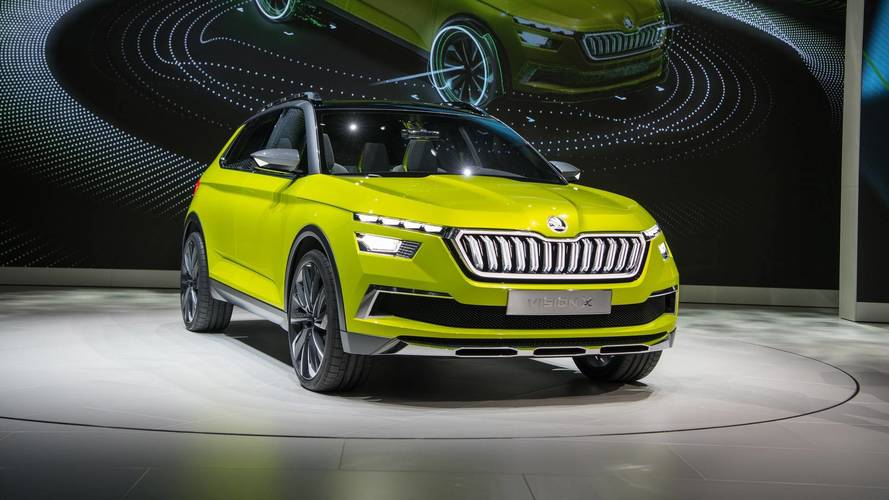 Skoda has jumped on the SUV bandwagon in recent months, and its concept on display at the Geneva motor show is a true reflection of that.

The Skoda Vision X is basically a preview of an upcoming third high-riding model from the Czech manufacturer similar to the Ibiza-based Seat Arona and the as yet unreleased Polo-based Volkswagen T-Cross; but it is also a technological and design showcase for the brand.

Unusually, the concept features three different kinds of propulsion showing what the normally straightforward brand is capable of. The car can be powered by compressed natural gas (CNG), petrol and electricity.

The crossover’s combustion engine is a 1.5-litre TSI G-Tec four-cylinder turbocharged unit specifically designed to be powered by CNG. When fuelled with CNG, the engine produces 130bhp and 184lb ft of torque. There are two CNG tanks – one under the rear seat, and behind the rear axle – and the gas powers the front axle, the rear is handled by the electric motor. The car can drive on electrical power alone for one and a quarter miles.

It is also the first Skoda all-wheel-drive vehicle without a propshaft, making that it’s both lighter and more economical. The electric drive, powered by a 48V lithium-ion battery system, only kicks in exactly when needed, and one of the electric motors powers a belt-driven starter-generator, while the second drives the rear axle. On top of that, an energy regeneration system charges the batteries while driving.

Overall the Vision X may look like a jacked up Fabia, but Skoda says that the sharp bodywork draws inspiration from traditional Czech glasswork, say the concept’s designers, and features a number of cues – such as the split headlight design and sharp lines – that will likely find their way on to future production models. There’s a large panoramic roof and distinctive 20-inch alloy wheels that finish off the look nicely.