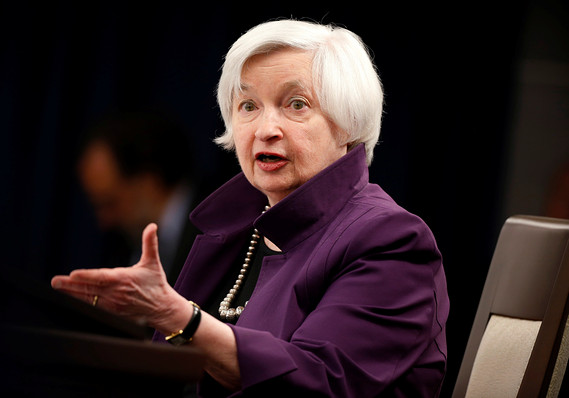 The Federal Reserve is set to take a leap into the unknown this week by beginning to sell some of the roughly $3.7 trillion of bonds and mortgage securities it amassed during the financial crisis.

The Fed will meet on Tuesday and Wednesday and is widely expected at the end of the meeting to announce it plans to allow the run-off of its massive balance sheet beginning sometime in October. Fed Chairwoman Janet Yellen will hold a press conference afterwards to explain the decision.

“It will be an historic day” for the Fed, said Lewis Alexander, chief U.S. economist at Nomura Securities, one the central bank has long thought about but was unsure when it would come.

And still the final destination is unknown.

“We are heading for a place that is very different from where we are now. It will take years to get there and figure out where we are,” Alexander said.

Trying to keep financial markets calm, the Fed is not celebrating this turning point. Officials have openly admitting they have designed the first steps to be so small it will be like watching paint dry.

But economists have no doubt that bond yields will eventually move higher.

“The Fed is just hoping desperately it has been transparent enough so that the adjustment will be orderly,” said Jim Glassman, head economist for the commercial bank at J.P. Morgan Chase.

The central bank is trying to avoid a repeat “taper tantrum,” the swift run up of nearly 1 percentage point on the yield of the 10-year Treasury in 2013 after then-Chairman Ben Bernanke discussed the tapering of bond purchases for the first time.

Fed officials have known they would have to reverse course eventually. Hawks and doves agree the policy is not sustainable over the medium term because it potentially adds too much stimulus to a healthy economy.

Fed officials have concluded the economy is strong enough to withstand the tighter policy stance.

The Fed has put off the a key decision on how small the massive $4.5 trillion balance sheet should eventually be. This impacts the mechanics of how the Fed will conduct monetary policy in the future.

A small balance sheet would allow the Fed to return to the policy practice in place since the 1980s to target the Fed funds rate. The central bank would make small adjustments in reserves to fine-tune the federal funds rate..

A larger funds rate means the Fed has to use a reverse-repo rate to set a floor for policy.

A reverse repo is when the Fed accepts cash from counterparties such as banks and money-market funds on an overnight basis in return for a security. The Fed effectively uses the transactions to set a floor for rates.

Dudley said he expects the Fed will ultimately favor maintaining a floor-system. The temporary reverse-repo program had initially been seen as temporary but may be a permanent aspect of the operating regime.