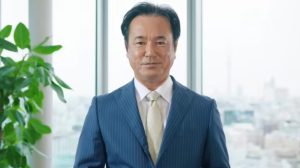 Solid-state batteries, which have long carried hopes for turbocharging electric vehicle sales, will not be the “game-changer” the market expected, according to the head of one of the world’s largest car battery manufacturers.

Hiroaki Koda, who heads a joint battery venture between Toyota and Panasonic, told the Financial Times in an interview that new liquid-based lithium-ion batteries would be dominant for the next 10 years.

“Solid-state batteries becoming a game-changer is still far away,” said Koda, president of Prime Planet Energy & Solutions and a former Toyota executive. “One reason is the difficulty in developing [solid-state batteries], and the other is the expanded potential of liquid lithium-ion batteries.”

In recent years, the development of solid-state batteries was heralded as the most promising technology to solve EV battery problems including charging time, capacity and the risk of catching fire and explosions.

Carmakers have poured money into developing solid-state batteries, which are lighter and safer than current electric vehicle batteries. Solid-state batteries replace a liquid electrolyte with a solid one and use lithium metal at the anode, instead of graphite as is standard in current lithium-ion batteries.

Honda will spend ¥43bn ($301mn) in 2024 at one of its research centres to operate a pilot production line, while Nissan says it plans to mass-produce the batteries by 2028. Volkswagen and Ford have invested in solid-state battery start-ups QuantumScape and Solid Power, respectively.

But they remain expensive and difficult to produce, forcing carmakers to push back their launch. Research company Strategy Analytics predicts that the deployment of solid-state batteries in electric vehicles will be delayed to 2030.

Toyota, which has more than 1,000 registered patents involving solid-state batteries, revealed a year ago that it wanted to start selling cars with the batteries before 2025 in hybrid models, but not electric ones.

Koda said Prime Planet had started developing the next generation of liquid-based lithium-ion batteries with Toyota and Panasonic. Prime Planet hopes to roll out the technology by as soon as 2025.

The cost savings are critical for battery makers to remain competitive because of the high cost of metals. Materials make up as much as 60 per cent of an EV battery’s cost and about half of that comes from natural resources such as lithium, according to Koda. In April, the government said Japan would work to control 20 per cent of the global market for rechargeable batteries by increasing global output capacity at Japanese companies nearly 10-fold by 2030. With the rise of Chinese and South Korean rivals, Japan’s global share for automotive lithium-ion batteries has halved to 20 per cent in 2020 from 40 per cent in 2015, according to the trade ministry. To achieve that target, Koda said Prime Planet was working with Mitsubishi, Mitsui and other Japanese trading houses to secure lithium and other resources needed for batteries. It has also signed deals with companies such as Australia’s Ioneer and BHP.