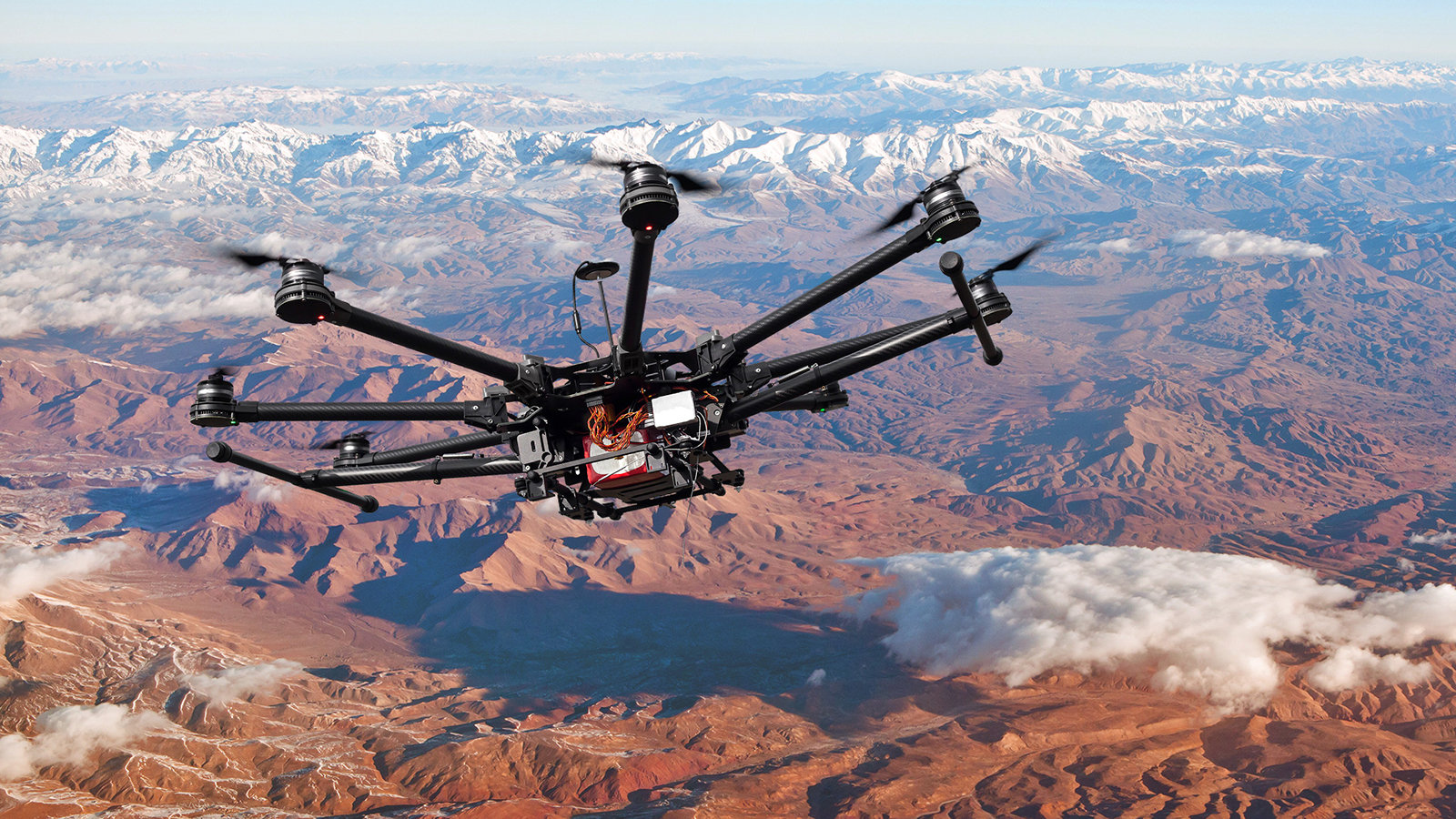 Unmanned Aerial Vehicles (UAVs), more commonly called drones, have found an amazing number of commercial applications. They provide an unmatched platform for aerial surveillance for search and rescue, security, and gathering intelligence. As a camera platform, they have become the tool of choice for documentary filmmakers and cinematographers, used by everyone from local real estate agents to Hollywood directors. Agricultural practices often include drones for measuring water needs and crop conditions. They even provide capability for aerial spraying. Industrial uses include automated inspections of pipelines or chemical plants to detect leaks and other problems.

According to a report by DRONELIFE, as many as 96% of commercial UAVs are powered by electric batteries. Lithium ion battery technology makes this kind of electrified flight possible by providing a combination of sufficient power and energy output, with relatively light weight, and at a reasonable cost. Lithium ion batteries have become the power source for the 21st Century, powering everything from cell phones and personal electronics to electric vehicles (EVs) and providing backup storage for electric power grids. But as UAVs become more sophisticated and require better performance and longer flight times, their batteries are becoming more specialized.

Present-day, commercial lithium ion batteries have three main components. The positive electrode (cathode) is a combination of metal oxides. The negative electrode (anode) is usually made from carbon graphite that allows the storage of lithium ions between the graphite layers during charging. An organic solvent liquid electrolyte allows the flow of lithium ions back and forth between the cathode and anode during charging and discharging.

For land vehicles and stationary applications, additional range or battery capacity is added by simply adding more battery cells to increase the amount of energy that can be stored. When the batteries must be lifted into the air for flight, the additional weight that comes with additional battery cells becomes a problem. So as UAVs are growing in popularity and usefulness, battery systems are beginning to evolve to meet their specific requirements.

Shabbir Ahmed, a chemical engineer and group leader in the Chemical Sciences and Engineering division of the U.S. Department of Energy’s (DoE) Argonne National Laboratory, notes that moving from land-based to air-based vehicles creates very different battery and energy storage needs. “The safety margins for something that flies versus something on the road are different,” Ahmed said in an Argonne news release. ​“To lift something in the air also has different power requirements than for something that rolls on the ground. The longer the range, the heavier the battery. All these things must be considered when the application changes,” he added.

In many ways, the search for higher energy density (energy per unit mass) comes down to materials research—an area in which Argonne is particularly well suited. The metal oxides used in lithium ion batteries are typically a combination of nickel, manganese, and cobalt. Cathodes made from these metals are heavy and relatively expensive and lithium ions can only provide a single electron, limiting batteries with this configuration to around 200 watt-hours per kilogram (Wh/kg).

On the anode side, the use of graphite to collect and store lithium ions prevents that buildup of spiky dendritic crystals when the battery is charged, as would occur if pure lithium metal were used as the anode. These dendrites can become large enough to grow across the gap between the anode and cathode, shorting out the battery and causing safety issues. The graphite can only supply a limited amount of lithium during discharge. Lithium metal anodes are attractive because they can increase power output by a factor of 2 or 3 times what graphite can do.

Solid electrolytes may provide an alternative to liquid electrolytes. Not only can they prevent the growth of dendritic crystals when lithium metal is used as an anode; they also don’t provide the same fire hazard that the current commercial flammable organic solvent electrolytes do. Solid state batteries with solid electrolytes are a subject of intense research worldwide.

Deciding which battery materials are best suited for drone flight first requires a careful examination of the requirements for UAV missions. To address these questions, Argonne has recently embarked on a new initiative, supported by the Laboratory Directed Research and Development program. It has established a new Mission-Driven Unmanned Aircraft Systems (UAS) Design Center. This center addresses the various interconnected challenges and tradeoffs of energy consumption, noise, flight time, and payload. Among the goals of the new design center is to develop a tool to evaluate potential drone design options, including battery-powered and hybrid architectures.

The Argonne release notes that, “All the research on batteries for UAVs will connect to work currently underway in the Argonne Collaborative Center for Energy Storage Science (ACCESS), a powerful association of scientists and engineers from across Argonne that solves energy storage problems through multidisciplinary research.”

One of the most important customers for this research is the US military, whose use of UAVs has increased dramatically in recent years. “When you work with end users like the military on advanced battery systems, they want solutions,” said Christopher Claxton, who oversees commercialization management of Argonne’s battery intellectual property portfolio. “We have a demonstrated ability to work directly with people who have highly specific needs to create specialized materials that are matched to their exact mission requirements,” he added.

“Right now, the big thinking is about moving from land-based to the third dimension,” said ACCESS director Venkat Srinivasan in the Argonne release. ​“We’re very interested in everything in the third dimension—which includes drones. It’s all part of a continuum.”

It is safe to say that as real world applications become more specialized, so will the batteries that serve them. “The reason we’ve been so effective is because we are making a difference in the real world,” said Srinivasan. ​“Our lab discoveries lead to market impact. We are always looking at what the world needs and where it’s going, and looking at what these questions mean for batteries.”