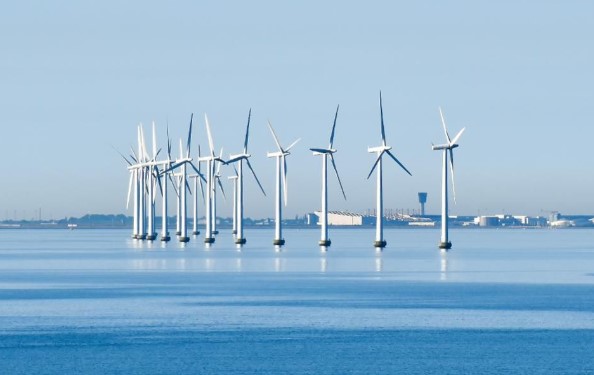 While Europe has had much success when it comes to building offshore wind farms, the United States has not. It’s not just cost. It’s also logistics, or the contours of the Atlantic Ocean and the difficulty in transporting electrons back to the shoreline via transmission lines. But those impediments could be overcome if New York is able to get its wind projects off the ground.

“New York will continue to combat climate change, investing in robust offshore wind development and clean energy that provides a path toward a greener and more sustainable future in our state and around the world,” New York Governor Andrew Cuomo said.

The New York State Energy Research and Development Authority is assigned to spearhead the research and development, all of which comes with a roughly $20 million grant from the U.S. Department of Energy. State authorities say that the seed money will pay off, maintaining that growing a state-of-the-art offshore wind industry could attract $6 billion investment.

The U.S. Department of Energy estimates that offshore wind energy has a capacity of 2,000 gigawatts. But only a 30-megawatt wind deal is operating now, off the shores of Rhode Island called Block Island Wind Farm. It revved up in 2016.

The big thing is cost: Land-based wind facilities cost at least 50% less to build than offshore wind units. While it may be less hassle to build turbines in the middle of the ocean and out of eyesight for most people, developers have to be able to connect the electricity to transmission. And that means building underseas cables before hooking up with the wires that are onshore.

Governments then have to offer a number of incentives if they think this a high priority. So, by the time cost is figured in, it is less trouble to just build a combined-cycled natural gas plant. But if society has placed a premium on reducing carbon emissions, then it has to consider other alternatives.

While the United States may not be ideal for offshore wind energy, the global markets may have better opportunities. China, in fact, is growing its offshore wind market, while Japan, Korea and Taiwan are in the early stages of development. India, too, is making forays. Europe, though, is the international role model:

The “London Array” is considered the biggest offshore wind project, located in the Irish Sea off the coast of the United Kingdom. It consist of 175 turbines that generate 630 megawatts of electricity, owned by the Danish utility Ørsted, E.ON and the United Arab Emirates’ Masdar.

Despite the setbacks, there is room for optimism in the United States. Google set the offshore wind energy afire in 2010 when it said it would invest in an undersea backbone spanning 380 miles from New Jersey to Virginia. The so-called Atlantic Wind Connection, however, has been been scaled back to focus on New Jersey.

New Jersey, in fact, says that it may have be the ideal spot along the Atlantic coastline to build offshore wind projects. That is because it has ample wind and it has shallow waters. To add fuel to the fire, its governor has set a goal to generate all of the state’s power from renewable energy by 2030, which includes 3,500 megawatts of offshore wind capacity.

“The U.S. and New Jersey has hit the timing absolutely perfect,’’ Thomas Brostrøm, president of Ørsted North America, told the New Jersey Spotlight. He said that offshore wind energy cost have fallen by 60%.

To be sure, the disappointments have mounted: Cape Wind, which would have been built off the Massachusetts coast, pulled the plug after years of regulatory hassles. NRG Energy, meantime, has indefinitely delayed its wind deal off the Delaware coast. And Spanish wind developer Siemens Gamesa has also suspended its plans to build off the Virginia coastline.

Given the cheap price of natural gas and the high cost of laying down transmission lines, it is hard to see any immediate offshore wind energy projects in the United States. Nevertheless, U.S. policymakers cannot afford to ignore its potential. New York and New Jersey are thus considered pioneers in the field and are right to research and develop those technologies.