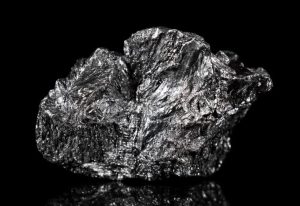 Superlubricity of Graphite: Why is it Important?

Graphite is a promising material for reducing this undesired behavior by obtaining superlubricity at all lengths. However, due to their strong interfacial adhesion, not all moving contacts with graphite can induce a superlubricity condition.

As a result, a basic knowledge of how friction is connected to adhesion, as well as the underlying principle that drives this phenomenon, is critical for achieving maximum graphite superlubricity efficiency with long-lasting mechanical parts and systems.

Correlation of Adhesion and Friction: An Open Question

The earliest involvement of adhesion in frictional behaviors was reported in the 18th century, when friction was thought to be caused by the adherence of interfacial atoms and molecules.

Given the importance of adhesion in friction, a suitable method for adjusting the effective interfaces with graphite nanosheets can help repress the strong adhesive interactions, resulting in the superlubricity of graphite contacts with the many bulk mechanical components.

Despite extensive research indicating that adhesive contact improves interfacial fracture toughness, the unequivocal impact of adhesion on friction remains unclear. This conundrum makes it difficult to customize the sliding contact to reduce the undesired frictional effects of the graphite lubricants for many superlubricity applications.

Interlayer adhesion and friction may be attributed to atomic level contacts, where the interstitial charges play an important part in the development of the frictional characteristics of the graphite surface. For example, when samples are exposed to a superconducting condition, voltage influence, or other environmental circumstances, the interfacial electronic friction of graphite can be significantly enhanced.

Recent DFT simulations have also shown a link between tribological activities and electrical characteristics of solid surfaces comprising a diverse range of covalently bound insulators, multi-layered substances, metals, and semiconductors. However, scientific knowledge of how friction is affected by adhesion is still speculative, and experimental proof for any conceivable association mechanism has thus far been inferential.

Highlights of the Current Study

Nanoscopic experimental investigations and atomic computations were performed in this study by employing an atomically smooth and chemically resistant graphite interface to adjust adhesion properties in a wide range of amplitudes through interaction with diverse asperity materials.

This permits the identification of the charge density effects of adhesive interactions on the frictional characteristics of graphite for superlubricity applications.

As normal forces increase, the experimental results of nano/micro-friction and adhesive analysis show a transformation from nonlinear to the linear reliance of friction on load capacity, illustrating the contribution of interfacial bonding to friction with a scale factor significantly different from previous assumptions.

The researchers propose that the ubiquitous nonlinear-linear friction shift as a consequence of load capacity is caused by the interplay of the distinct responses from adhesion and applied force.

The sliding-induced charge generation that determines the underlying process of superlubricity between graphite and bulk substances is primarily responsible for the connection between friction and adhesion.

By showing the interfacial charge redistribution-controlled energy dissipation, this work gives an atomistic insight into the nonlinear rules governing interfacial adhesion and nanoscale friction. By suppressing the charge flowing into the area of the sliding interface, superlubricity may be offered for a broad range of sliding systems. The overall technique described in this work is expected to be useful for building moving interfaces with suitable tribological features.