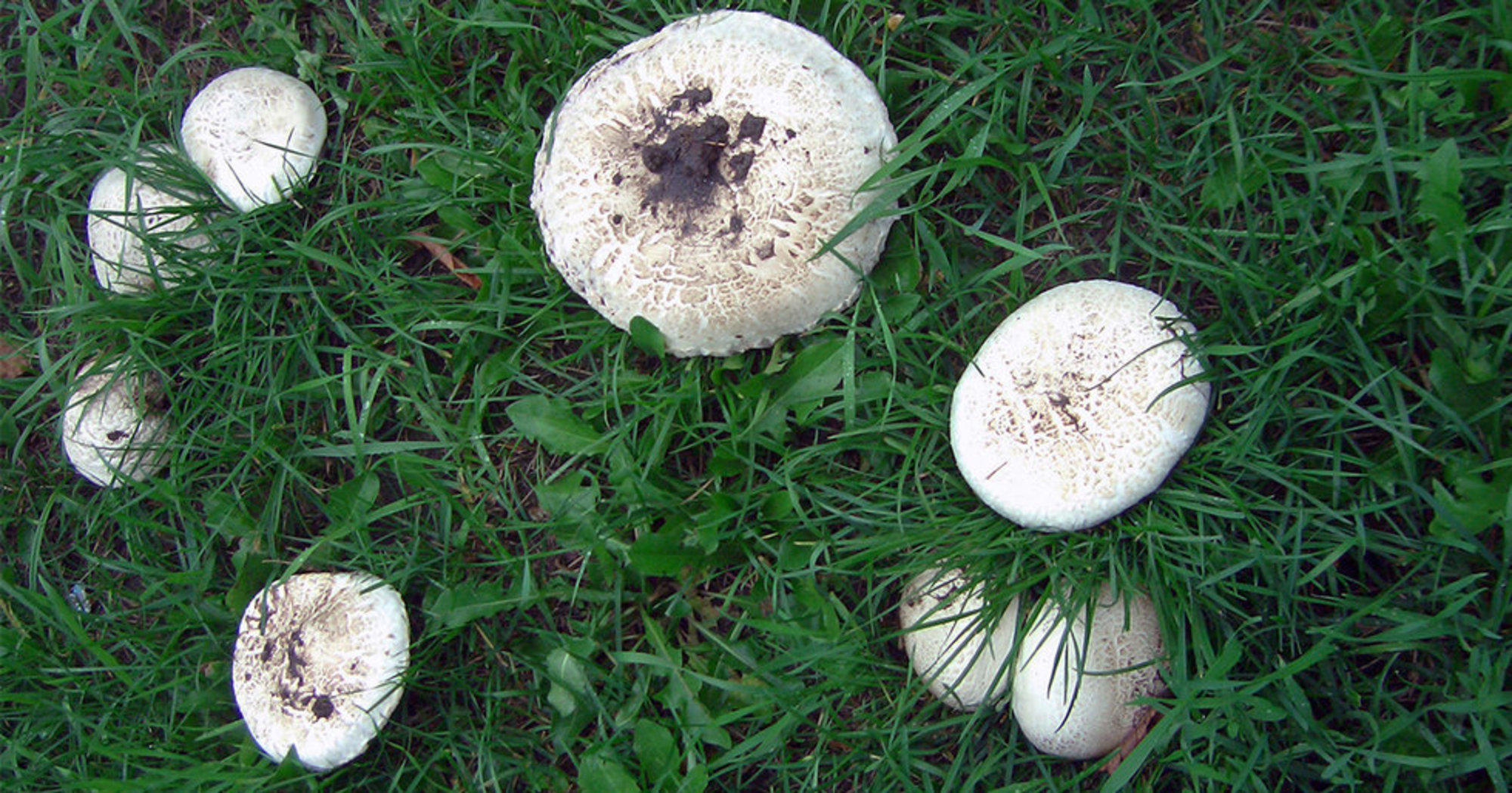 The latest renewable energy breakthrough took place over a lunch.

Sudeep Joshi, a postdoctoral fellow at Stevens Institute of Technology, told BBC News that he and some colleagues were discussing the problem of cyanobacteria. These are organisms that can convert sunlight into electric current. The problem? They don’t live long enough on artificial lab equipment for researchers to be able to take much advantage of that fact.

“One day my friends and I went to lunch together and we ordered some mushrooms,” Joshi told BBC News. “As we discussed them we realized they have a rich microbiota of their own, so we thought why not use the mushrooms as a support for the cynaobacteria. We thought let’s merge them and see what happens.”

So Joshi and Manu Mannoor, an assistant professor of mechanical engineering at Stevens who runs the lab Joshi works in, took ordinary button mushrooms and used 3D printing to combine them with the bacteria.

Mannoor and Joshi used a robotic arm-based 3D printer to first print an “electronic ink” containing the graphene nanoribbons. This printed branched network serves as an electricity-collecting network atop the mushroom’s cap by acting like a nano-probe—to access bio-electrons generated inside the cyanobacterial cells. Imagine needles sticking into a single cell to access electrical signals inside it, explains Mannoor.

Next, they printed a “bio-ink” containing cyanobacteria onto the mushroom’s cap in a spiral pattern intersecting with the electronic ink at multiple contact points. At these locations, electrons could transfer through the outer membranes of the cyanobacteria to the conductive network of graphene nanoribbons. Shining a light on the mushrooms activated cyanobacterial photosynthesis, generating a photocurrent.

The research team published their results in Nano Letters Wednesday. In addition to proving their idea was possible, they also showed that the bacteria lived for several more days on living mushrooms, compared to lab equipment or dead mushrooms. They also showed that 3D printing made a difference. Using it, they were able to more densely pack the bacteria, which increased its electric output. The dense, 3D printed bacteria generated eight times the electricity of bacteria placed with a normal pipette.

This first bionic mushroom is just the beginning. Several mushrooms wired together could power a small lamp, researchers told BBC News, but their ambitions shine even brighter than that.

“Right now we are using cyanobacteria from the pond, but you can genetically engineer them and you can change their molecules to produce higher photo currents, via photosynthesis,” Joshi told BBC News. “It’s a new start; we call it engineered symbiosis. If we do more research in this we can really push this field forward to have some type of effective green technology.”