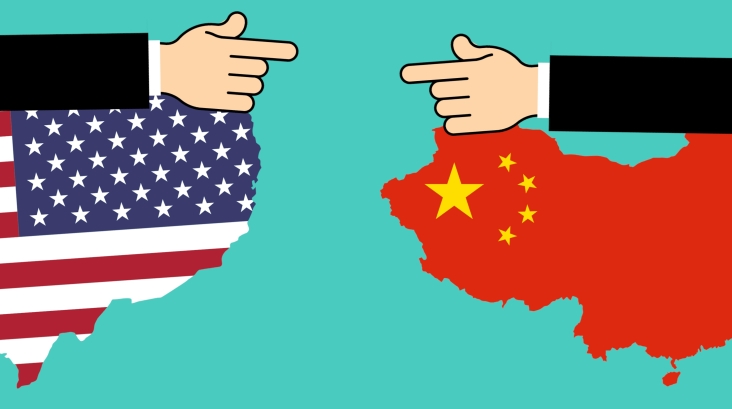 An increase in tariffs payable on US imports of Chinese cobalt metal to 25% from 2019 would shift trade flows and create regional discounts and premiums in the short term, according to market participants spoken to by Metal Bulletin.

But tariffs of 10%, announced a week ago, should cause little disruption on the cobalt market, since outstanding 2018 deliveries of Chinese metal to the United States either equate to small volumes or have already been honored, sources added.

Tariffs of 10% on cobalt and other minor metals and ferro-alloys imported into the US came into effect on Monday September 24. They will increase to 25% from January 2019 unless the two countries reach an agreement.

The US sees regular inflows of cobalt metal from China, but they only amount to a small proportion of the US’ total feed.

The apparent consumption of cobalt in all forms totaled 9,830 tonnes in 2017, according to the United States Geological Survey (USGS), of which China contributed 706 tonnes, an analyst in China said, citing Chinese customs data.

“The total amount of trade to the US may increase to about 700-800 tonnes in 2018, despite which, the impact of the new [10%] US tariff on Chinese cobalt metal will be quite limited [as the total amount of metal from China is still comparatively small],” a Chinese trader said.

In anticipation of the Trump administration introducing tariffs in September, Chinese suppliers with long-term agreements to supply US customers attempted to ship all cargoes under this year’s long-term contracts to the US ahead of the mooted implementation date.

“There are few impacts at least for now as we have delivered all cargoes which were committed in the long-term contract for this year,” a Chinese supplier said.

Outside long-term contracts, additional inquiries for Chinese units not already on the ground in the US have thinned on expectations of the tariffs.

“The conversations had already died out a bit,” a US trader source said.

“There’s not much on the water, a truckload or so,” a European trader added.

With 2018 largely accounted for, the uncertainty lies in 2019 and beyond: whether tariffs will be increased to 25%, or whether the US and China reach another agreement, where tariffs are maintained at or close to 10%.

“For long-term impact and corresponding coping strategies, we are still at the discussion and assessment stage,” the Chinese supplier source added.

The impact on the tariffs, as long as they exist, boils down to two likely scenarios, and depend on whether tariffs are maintained at or around 10%, or increase to 25%.

If tariffs are maintained at or around 10% from 2019, Chinese market players expect to cut their offer prices to absorb the tariffs while taking advantage of yuan depreciation and regional price variations.

“It is quite certain Chinese suppliers will bear the additional costs stemming from the tariff partially or completely themselves,” a second Chinese trader said.

“Chinese suppliers are unlikely to retreat from the US market,” he added.

In July, Chinese market players were initially minded to try to pass the 10% duty on to their customers, Metal Bulletin reported.

But to secure a share in the US market, chances are that Chinese suppliers will now lower their offer prices to compete with other suppliers once tariffs are added on, market participants told Metal Bulletin.

“Though Chinese suppliers would cut some market share in the US following the tariff practiced officially, to maintain the current customs relationship in the US, Chinese need to lower the prices,” a third Chinese trader said.

In this case, however, the loss of Chinese suppliers is offset to some extent by the yuan depreciation, as quite a few market participants pointed out, which may prevent Chinese suppliers retreating considerably from the US market.

The yuan has been softening since May alongside the escalating trade tensions between China and US, resulting in more export opportunities and profit margins for Chinese goods, especially cobalt whose market benchmark is largely reliant upon international market fundamentals rather than the domestic Chinese market.

One dollar traded at 6.86 yuan on Wednesday September 26, compared with 6.39 yuan four months earlier, according to currency exchange website Oanda.com.

“The yuan has depreciated by 7-8% against dollar in the past four to five months, which can partially offset the loss Chinese suppliers bear due to the tariffs,” a fourth Chinese trader said.

In addition, prevailing higher prices in the international market compared with the Chinese market this year allow some flexibility for Chinese sellers to cut their offer prices and still achieve a sound price for their material.

“When Chinese suppliers export cobalt metal to the US market, the prices are largely referring to the international benchmark – Metal Bulletin’s low-grade cobalt price – which is again much higher than the domestic Chinese market level,” the fourth trader added.

“Higher prices in the international market will continue to incentivize Chinese suppliers to focus on the US market,” he said.

The price gap between Chinese and international markets – a result of tight credit and weak supply/demand fundamentals in China – have kept the China export window open, with a theoretical arbitrage opening as wide as over $8 per lb in July.

Scenario 2: tariffs increased to 25%; trade flows shift due to Chinese producers shipping more metal elsewhere
While Chinese sellers might ultimately cut their offers to maintain their US market share, they are also still waiting for clarification on the tariffs that may be applied from January.

As yet, no speculative offers for cheap Chinese metal have been offered as a direct result of tariffs coming into force, according to sources.

While the majority of market participants have faith in the easing of the China-US trade war, market participants acknowledge that Chinese suppliers who have US market share would, in theory, see Europe as a destination for most of their metal if the tariff for Chinese cobalt metal is increased to 25% in January.

“For the next few months as a Chinese cobalt producer, you can swallow the tariffs. You can handle the 10%, but 25% is too much,” the first US trader said.

“The buying appetite from the European market is much larger than in the US market. Therefore, if Chinese suppliers find they are making more losses dealing with US buyers, they could always find buyers in Europe,” the second Chinese trader said.

Since Chinese cobalt producers predominantly supply metal in the form of cut cathodes, a diversion of material to tariff-free Europe means price volatility and regional premiums for other brands of cut cathode.

All brands of cobalt metal in cut-cathode form currently considered as part of Metal Bulletin’s benchmark price assessments come under the “high-grade” quote.

Price volatility and regional variations are inevitable in the short term, while trade flows adjust to new country-specific consumer preferences. That is most likely to lead to a short-lived premium for non-Chinese cut cathode brands in the US.

“Chinese [cut cathodes] might become a bit of a rarity in the US, but it won’t trade at a premium because there are other [cut cathode] brands that can fit consumer specifications,” a second US trader source said.

At the same time, that could mean cheaper prices in Europe.

“We might see more Chinese metal flowing into Europe and pressuring European prices, but we will also see non-China origin cobalt metal, which is squeezed out of the European market, finding its way into the US market,” the third Chinese trader said.

Market participants stressed the change of market structure would only have short-term impact on the regional prices. Longer term, the market will ultimately shrug off the impact by adjusting its trade flows.

“The supply and demand haven’t changed…In the end, the market will be balanced again,” the third Chinese trader added.