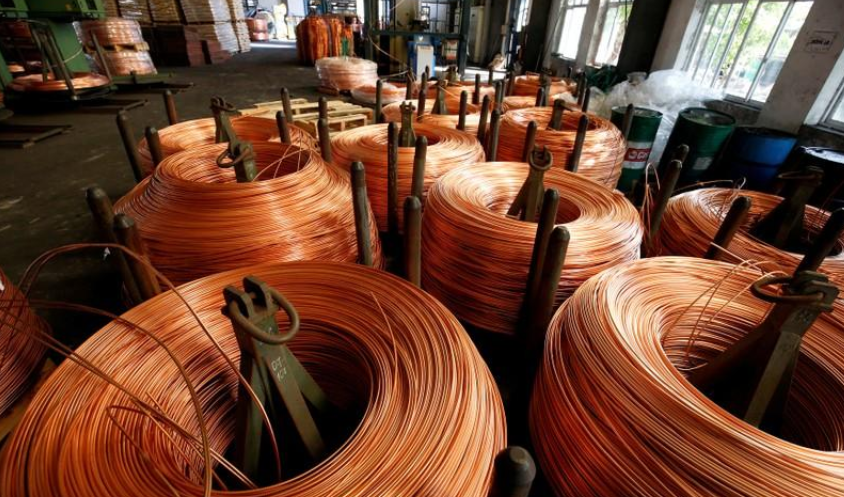 Copper prices are due to rebound next year as healthy supply/demand fundamentals overcome macro-economic worries, but zinc will be held back by rising output, a Reuters poll showed.

The London Metal Exchange index of industrial metals has shed 13 percent this year, largely due to disquiet about trade tensions and slowing growth in top metals consumer China, despite signs of potential shortages of many metals.

The LME cash copper price in 2019 is seen averaging $6,699 a tonne, according to the median forecast of 30 analysts.

That is about 7 percent higher than Thursday’s close, but represents a 6 percent downgrade of the forecast in the previous Reuters poll in July.

While analysts still expect shortages next year, they have cut their consensus forecast of a global deficit to 44,000 tonnes from 151,000 tonnes in the July poll.

They have also penciled in a surplus of 13,500 tonnes this year, down from their previous estimate of a shortfall of 129,000 tonnes, after a strike failed to materialize at top mine Escondida.

Zinc has been the worst performing LME metal so far this year, chalking up losses of 20 percent, and analysts do not hold out much hope for a rebound next year.

The metal mainly used for galvanizing steel has crumbled due to the macro-economic concerns that have hit base metals generally, while next year increasing amounts of ore from mines should move to smelters and alleviate shortages of refined metal, analysts said.

They have marked down their consensus forecast for average LME cash zinc for 2019 to $2,732 a tonne, down 6 percent from the previous forecast and representing scant upside from the current price.

“Zinc mine supply should flow through to the refined space at a much greater level than we saw in 2018,” said analyst Edward Meir with broker INTL FCStone in New York.

Analysts are slightly more positive about nickel, which has been the best performing LME metal for most of this year.

Another market deficit in 2019 and further erosion of inventories should support the market after LME stocks slid 40 percent so far this year, analysts said.

“We expect a widening deficit and an ongoing contraction in global stocks amid robust global demand and still constrained supply,” said analyst Daniela Corsini of Intesa Sanpaolo Bank in Milan.

The LME cash nickel price is forecast to average $14,200 a tonne next year, a jump of 18 percent from current levels.

Aluminum prices have shed 12 percent this year amid the general macro malaise plus the expectation that U.S. sanctions on Russia’s Rusal will be lifted, ensuring healthy supply from one of the world’s biggest producers.

But the largest aluminum consumer, China, is due to provide enough stimulus to its economy to keep demand strong, analysts said.

“While China’s policies cloud the outlook and raise the uncertainty in the market….the Chinese government will not deliberately drive a slowdown in these sectors at a time when the economy is already cooling,” said analyst Carsten Menke at Julius Baer.

The global aluminum deficit is forecast at 527,500 tonnes next year, down 7.5 percent from the previous poll’s estimate of 570,000 tonnes.