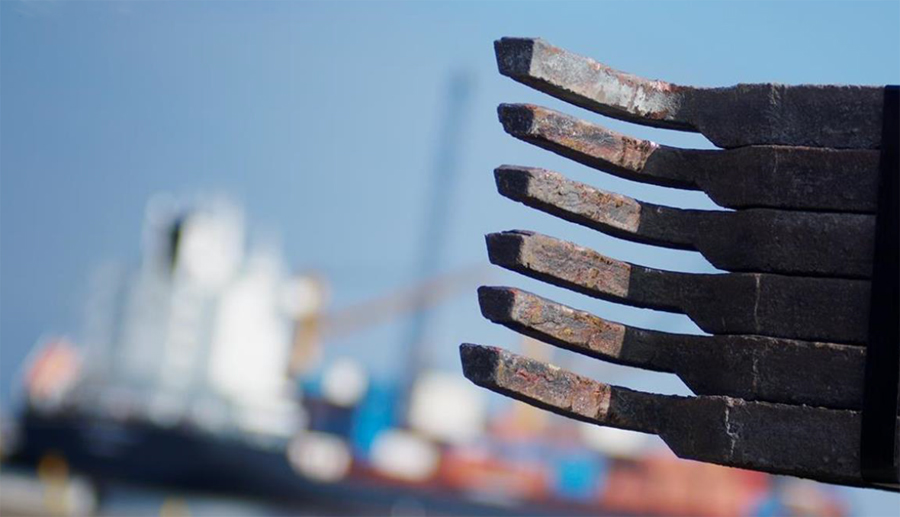 The price of copper suffered its seventh straight day of declines on Thursday, losing more than 3% in New York to $2.8205 or $6,220 a tonne on the Comex market, its lowest level since July last year.

It was one of the busiest days of 2018 on commodity futures markets with with over 2.3m tonnes of September copper worth $14.6 billion exchanging hands by mid-afternoon. 2018 star performer nickel also succumbed on Thursday, becoming the last of the base metal complex to drop below its 100-day moving average at $14,200 a tonne. Zinc’s woes continued and the metal is now down nearly 20% year to date.

Reports out on Thursday suggest the trade spat between the US and China, responsible for half the world’s consumption of copper, could quickly turn nasty. President Trump’s 25% tariffs on more than 800 Chinese goods worth $34 billion kick in midnight Friday. The latest round comes a few months after duties on steel and aluminum exports from China and other countries went into effect.

Investment bank Goldman Sachs poured cold water on the notion that a trade war represents a serious threat to raw materials, saying most of them aren’t likely to be significantly impacted, and after recent declines now’s the time to buy.

“The trade war impact on commodity markets will be very small, with exception of soybeans where complete rerouting of supplies is not possible,” analysts including Jeffrey Currie said in the July 4 note. “This is consistent with our economists’ view that the macroeconomic impact of the trade war is likely to be very small,” it said, with added emphasis on the final two words.

Raw materials have been hurt by growing concern among global investors about the potential impact of the trade tariffs planned by Washington, and the threatened Chinese response. In June, the Bloomberg Commodity Index suffered its biggest monthly slump since mid-2016.

“In metals, we believe Chinese domestic concern over credit availability has been the primary driver of recent weakness, fueled by trade wars, and is set to reverse given recent policy shifts in China,” it said in the latest report, citing moves including the recent reduction in some banks’ reserve requirements.

Other banks are more cautious. Among them, Morgan Stanley has flagged risks for consumption from a potential deepening of the global trade squabble, as well as from any slowdown in China. “Escalating global trade tensions bring a risk of demand destruction across commodity markets,” it said last week.

“Trade tensions between the U.S. and its major trading partners have the potential to undermine confidence and hinder global economic output,” Australia’s Department of Industry, Innovation & Science said on Monday. Trade wars aside, the government forecaster sounded gloomy about the prospects for metals and minerals prices:

Growth in global industrial production and manufacturing output appears to have peaked in the first-half of 2018, suggesting that resource commodity prices may generally have set their highs for the cycle.

Demand fears are also combining with strong supply growth this year. Industry body ICSG estimates world copper mine production rose 7.1% or by 330,000 tonnes during the first quarter of this year although the numbers were flattered by a strike at the world’s largest copper mine Escondida in Chile in Q1 2017. Owner BHP is currently locked in negotiations with unions at the mine after the 44-day strike in 2017 ended without a deal.