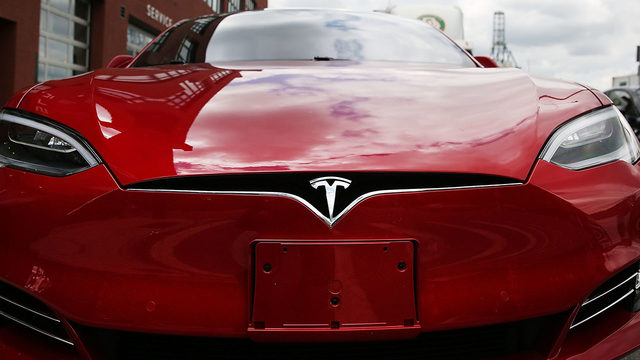 Do you think innovations like yours can positively impact the free market?“Constitutional Conservative with an MIT Pedigree” congressman Thomas Massie (R-Ky.) posted a YouTube video over the weekend illustrating how he recently experimented with powering his entire home off of a used Tesla car battery.

Massie converted a salvaged Tesla Model S battery to run his already off-the-grid home in Kentucky, using the proprietary Tesla battery management system to provide power for him and his family.

We thought this was an unusual accomplishment for anyone, particularly a Republican member of Congress with well-known libertarian leanings. Rare, a national news website that features politics and culture, talked with Massie about this project, asking him to shed some light on how the system works, as well as how he thinks new innovations like his positively impact the free market.

How long have you been doing this, and how did you get the idea?

MASSIE: “My family and I have been living off the grid for over a decade now. The solar panels work great, but the lead-acid batteries have always been the weak link in our system. For instance, in the past we chose not to run our air conditioner at night because it would cause our old batteries to fail sooner.

“I’ve been driving a Tesla for five years and have always wanted to have a battery in our house that works as good as the battery in our car. I was hoping to buy a Powerwall from Tesla, but they don’t sell one yet for ‘off-the-grid’ applications.”

Does this save any money compared to powering a house off of an electric grid? How much does it cost?

MASSIE: “Living ‘off the grid’ is still more expensive than living connected to the grid, but a good battery can change that equation. By replacing our lead acid batteries with lithium batteries from a wrecked Tesla, I’ve lowered our cost of storing electricity for nighttime use from 25 cents per kilowatt-hour to about 12 cents per kilowatt-hour. That’s getting close to the retail price of electricity from the grid.”

Do you think innovations like yours can positively impact the free market?

MASSIE: “When you go off the grid, you have more choices for where to build your house. Land that wasn’t developable because of a lack of access to public utilities suddenly becomes viable by going off the grid. Plus homeowners won’t have to run wires across their neighbors’ land.

“Installing batteries in homes will create a market for used electric car batteries, which will support the resale value of electric cars. This will ultimately lower the lifetime cost of owning an electric car for transportation.

“Whether houses have solar panels or not, and whether houses are connected to the grid or not, I think every house will eventually have a large battery in the future.”