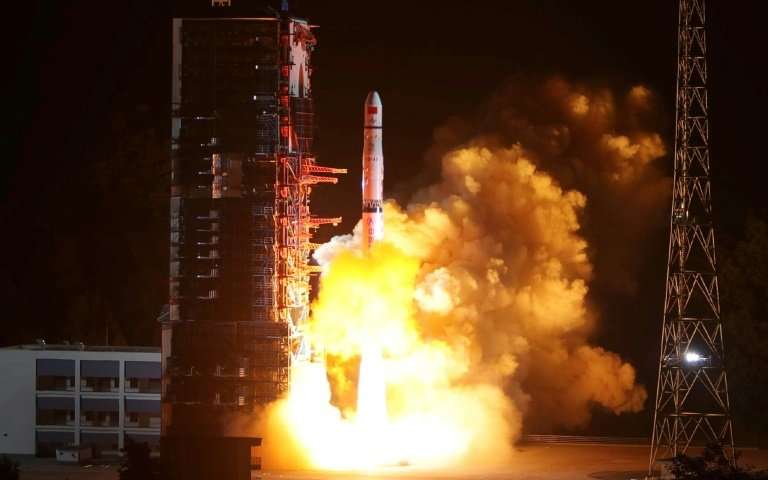 China launched on Monday a relay satellite that will allow a rover to communicate with the Earth from the far side of the Moon during an unprecedented mission later this year.

The Queqiao (“Magpie Bridge”) satellite was blasted into space from the southwestern Xichang launch centre in the pre-dawn hours, according to the China National Space Administration.

The satellite split from its carrier, a Long March-4C rocket, after 25 minutes and unfolded its solar panels and communication antennas, as it headed towards its destination, the CNSA said.

“The launch is a key step for China to realise its goal of being the first country to send a probe to soft-land on and rove the far side of the Moon,” Zhang Lihua, manager of the relay satellite project, was quoted as saying by the official Xinhua news agency.

The satellite will relay communications between controllers on Earth and the far side of the moon, where the Chang’e-4 lunar probe—named after the moon goddess in Chinese mythology—will be sent later this year.

Also known as the “dark side” of the Moon, the far hemisphere is never directly visible from Earth and while it has been photographed, with the first images appearing in 1959, it has never been explored.

The Chang’e-4 rover will be sent to the Aitken Basin in the lunar south pole region, according to Xinhua.

It will be the second Chinese probe to land on the Moon, following the Yutu (“Jade Rabbit”) rover mission in 2013.

At first, the Yutu looked destined to fail when the rover stopped sending signals back to Earth.

But then it made a dramatic recovery, ultimately surveying the Moon’s surface for 31 months, well beyond its expected lifespan.

The CNSA is planning to send another lunar rover, Chang’e-5, next year to collect samples and bring them back to Earth.

China is pouring billions into its military-run space programme, with hopes of having a crewed space station by 2022, and of sending humans to the Moon in the near future.