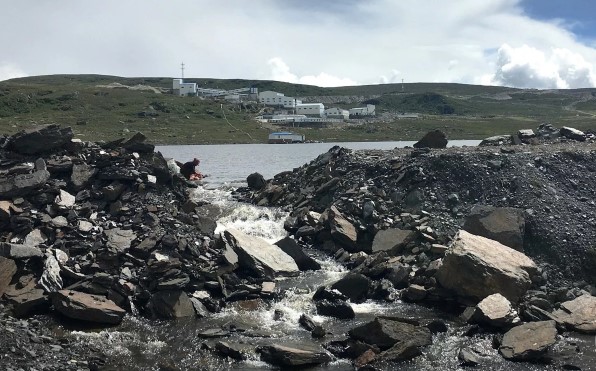 The emergence of electric vehicles has seen Chinese companies go on a global hunt to secure lithium resources. Now they are rapidly clinching deals to get hold of cobalt whose supply is even more concentrated geographically.

Cobalt, a hard, shiny, greyish metal, a by-product of copper and nickel mining, has seen the biggest price increase among various metals used to make electric vehicle batteries after a demand boom began two years ago, according to Ciaran Roe, global manager of metals pricing at S&P Global Platts.

“Unlike manganese, lithium and nickel, cobalt is limited in supply not just in terms of tonnage but also origin,” he said. “I can’t think of another commodity where supply is so reliant on one origin nation than cobalt.”

Almost 60 per cent of the world’s unrefined cobalt output last year came from the Democratic Republic of Congo in central Africa, whose output was more than 10 times that of the second producer Russia, according to US Geological Survey. Congo also has just over half the world’s reserves of the metal.

Although demand for lithium and cobalt is expected to rise two to three-fold in the eight years to 2025, the sources of new supply of cobalt is far less clear than that of lithium, Roe noted.

While various new mines are in the pipeline in Canada and Finland, it will take time for them to ramp up production, he said.

Even accounting for battery producers’ efforts to reduce reliance on the metal, cobalt demand could rise to almost 300,000 tonnes in 2030, the International Energy Agency – which represents 29 major oil consuming nations – said in a report last week.

“Cobalt prices have nearly tripled in the past two years. This is exacerbated by stockpiling activities at different levels along the supply chain and traders taking speculative positions,” the IEA said.

Last year global refined cobalt production was around 105,000 tonnes, according to Robin Goad, CEO of Canada-based Fortune Minerals which is developing a mine in the nation’s northwest.

Goad said it typically takes a mining project in Canada over a decade to start production after a deposit is first identified.

Its Nico cobalt-gold-bismuth project, which is projected to derive 65 per cent of revenues from cobalt, was discovered in 1996.

With some C$125 million (US$96.5 million) spent on its development so far, if commercialised, Nico’s feasibility studies from 2014 show that it could be one of the world’s cheapest cobalt projects on an operating cost basis, according to Goad.

But because of the estimated high capital investment requirement of C$589 million – including a refinery – Fortune is seeking a partner to contribute most of the equity capital to lower the project’s interest expense.

The partner would then receive its pro-rata share of the output and have the right to buy Fortune’s share, at a market-linked price over the life of the mine.

The company has received “expression of interest” from over 25 potential investors – including several in China – which have been given access to the project’s financial data and projections, Goad said.

Goad said after several cases of expropriation of foreign firms’ mining licences by Congo’s government, which recently raised its resource tax on cobalt five-fold to 10 per cent of revenues, investors were increasingly looking at more politically stable jurisdictions such as Canada for new supply.

Previously, power shortages and insufficient transport infrastructure in Congo had not stopped Henan province-based China Molybdenum from agreeing to a US$2.65 billion deal in 2016 for a 56 per cent stake in Tenke Fungurume Mining, which controls one of the world’s largest resources of copper and cobalt.

“China has gone further than any other country to secure the raw materials it needs to power its new energy vehicles, including acquisition of mines,” said Fortune’s investor relations manager Troy Nazarewicz. “By increasing its control over cobalt supply, it is effectively controlling the lithium-ion battery industry to become the world’s electric vehicle production centre.”

GEM, a Shenzhen-based battery producer and recycler, struck a deal in March this year to buy a third of the cobalt output from projects owned by international commodities major Glencore over the next three years.

In the lithium sector, Sichuan province-based Tianqi Lithium’s agreement last month to buy a 23.8 per cent stake in Chile’s Sociedad Quimica y Minera for US$4 billion could see its global share of the metal’s output rise to 18 per cent from 13 per cent, said David Merriman, deputy manager of battery and technology materials division at London-based Roskill Information Services.

The deal, if completed, will see it gain substantial influence over two major projects in Western Australia and Chile that together supplied 46 per cent of the world’s lithium in “lithium carbonate equivalent” terms last year, according to a GF Securities report.

Some 53 per cent of global cobalt consumption was in rechargeable batteries last year, while 16 per cent was used in metal alloys to make them strong and wear-resistant, according to cobalt products trader Darton Commodities.

Cobalt and nickel are typically the two most valuable materials in an electric vehicle battery.

As many as 777,000 electric and plug-in hybrid cars were sold in mainland China – the world’s largest market – last year, 53 per cent more than in 2016. Beijing is targeting new-energy vehicles to account for a fifth of all car sales by 2025, up from 3.1 per cent last year.

Roe said battery metals’ demand and prices are hard to predict because of quick and unpredictable technological advances in battery chemistry.

“This is a frontier market, where a lot of the supply chain still needs to settle down,” Roe said. “A lot of the technology and assumptions change quickly … in this environment forecasts and pricing change quickly.”