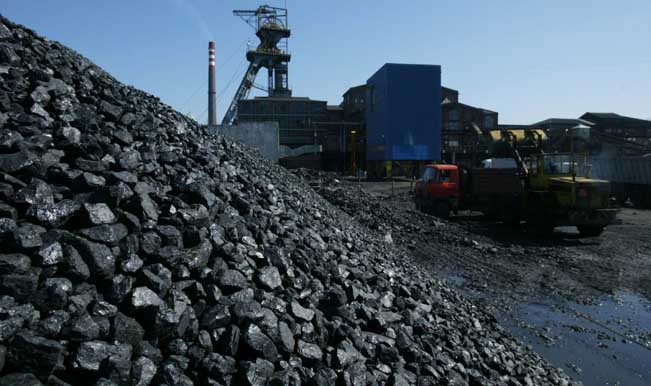 In early April, the People’s Republic of China established a new Ministry, the Ministry of Natural Resources (MNR). The creation of the new Ministry was part of a programme to restructure the country’s State Council (Cabinet).

The MNR took over all the responsibilities of the previous (and now disestablished) Ministry of Land and Resources (MLR), the State Oceanic Administration and the National Administration of Surveying, Mapping and Geoinformation. (The MLR had been responsible for the administration, protection, planning and use of China’s land and mineral and some marine resources.) The MNR also took over relevant responsibilities from other, still active, Ministries and agencies – for example, it took over the responsibility for grassland survey and ownership registration from the Ministry of Agriculture. The function of the MNR is to provide more efficient oversight of the development and protection of the country’s natural resources, including minerals.

Strikingly, the man appointed to be the first Minister of Natural Resources, Lu Hao, was described, after his appointment, by the Reuters news agency as a “rising star”, “a [relatively] young politician who’s risen swiftly through the Communist Party ranks over the past 15 years . . . becoming the youngest provincial governor in the country when he was made governor of Heilongjiang . . . in 2013 . . . Lu was Beijing’s youngest vice mayor when he was named to the position in 2003 at the age of 35”. This suggests high importance is being assigned to the MNR.

Also strikingly, within a month of its formation, the MNR released into the public domain (on the website of the National Geological Archives of China) between 56 000 and 85 000 geological information and data files that had previously been kept secret. This means that there are now 169 609 such files that are publicly accessible. This single act provides a major facilitation to, and stimulus for, the private-sector mining industry (as well as others interested in the minerals and mining sector).

When it comes to minerals and metals, China is usually thought of as an importer and consumer, and Chinese demand has indeed brought great benefits to many minerals exporting countries. But the country, geographically the fourth-biggest in the world, has its own very extensive resources and mining sector.

“China is rich in mineral resources, and all the world’s known minerals can be found here,” states the China Internet Information Centre (CIIC) website. “To date, geologists have confirmed reserves of 153 different minerals, putting China third in the world in total reserves. The reserves of the major mineral resources, such as coal, iron, copper, aluminium, stibium [antimony], molybdenum, manganese, tin, lead, zinc and mercury, are in the world’s front rank.” The country had coal reserves of 1 007.1-billion tons and iron-ore reserves of 46.35-billion tons. “The national reserves of rare-earth metals far exceed the combined total for the rest of the world.”

The China Geological Survey (CGS) divides China into three broad regions – eastern, central and western. “The eastern region,” it reports on its website, with its excellent communication networks, “holds an important position nationwide in terms of its production of raw material industries. The central region has abundant energy, multimetal and nonmetallic mineral resources . . . The concentrated distribution of mineral resources in the western region produces a strong competitive advantage for the area and provides a strong foundation of resources for pillar industries. Among the 157 mineral resources with proven reserves throughout the country, 138 are found in the western region. The area is rich in nonferrous metal resources and a major reserve area for nonmetallic mineral resources. There are also many kinds of metallic and nonmetallic ores of high grade found in the region.” (Note there is a slight discrepancy between the CIIC and the CGS about the number of minerals with reserves in the country.)

Recent new discoveries have, for example, significantly increased the country’s reserves of energy minerals. In January, Shanxi provincial authorities announced that the provincial coal reserves increased by almost 10.5-billion tons over the past five years. (In 2014, Shanxi’s coal reserves totalled 294-billion tons.) The province mined more than 16.2-billion tons of coal from 1949 to 2014, amounting to 25% of total national output.

Shanxi is actually in the process of closing down obsolete mines and developing new, modern (known in China as ‘advanced’), operations. During the past five years, 56 mines, with a total production capacity of 51-million tons, have been closed down. At the end of last year, the province had 615 operational coal mines, with a total annual production capacity of 909.8-million tons. Of this figure, 40% came from new (advanced) operations. This year, it will close 36 mines, with a total capacity of 23-million tons. Shanxi plans to have more than 60% of its coal being produced by advanced mines by 2020. To this end, in March, it issued its first licence for a coal mining project in 13 years. This went to Jinneng Group, for its Dongda Coal project. This is the first of 19 new mine projects the province expects to approve.

Subsequently, in April, authorities in Anhui province announced the discovery of reserves of more than 4.8-billion tons of coal and almost 100-billion cubic metres of natural gas. The coal was located in the Huainan-Huaibei coalfield, while the natural gas (mainly coal-bed methane and shale gas) had been found in the Huainan coalfield.

China transformed its economic model, away from a totally socialistic system to a fundamentally capitalist one (although officially designated as “socialism with Chinese characteristics”), starting in 1978. In 1986, the Mineral Resources Law opened up the country’s mining industry to local private investors. In 1993, the Chinese mining sector was also opened to foreign investors. The Mineral Resources Law was revised in 1997 to make it easier for foreign companies to create joint ventures with Chinese companies that have been awarded exploration licences. Beijing has developed a permitting process that the Investing News Network (INN) describes as “transparent, straightforward”. Mining companies active in China have to pay a 3% resource tax, a 25% income tax and a 17% value-added tax on the sale of concentrates.

Under the current (13th) Five-Year Plan (2016–2020), the focus of the Chinese economy moves from manufacturing to services. However, the country is expected to remain a major force in the global mining sector. “The total consumption for minerals will still be very large,” Silvercorp Metals director Yikang Liu told INN in an interview last year. (Liu had previously been chief geologist of the erstwhile Ministry of Metallurgical Industry, a vice-chairperson of the Geological Society of China and a former deputy general secretary of the China Mining Association. Silvercorp has a primary listing on the Toronto Stock Exchange and is China’s top silver producer.) “Many minerals, such as iron-ore, will soon cross the highest consumption point. In China’s economy, the important status of mining will not change.”

And the Chinese government continues to open up the country’s economy, including mining. At the World Economic Forum in January 2017, President Xi Jinping assured that his administration would “expand market access for foreign investors . . . strengthen protection of property rights and level the playing field to make China’s market more transparent and better regulated”.

In July last year, Beijing reduced the number of restrictions on foreign investment from 93 to 62. Mining-specific measures saw reductions in restrictions on foreign investment in the mining and processing of lithium, the exploration and mining of precious metals, and the smelting of antimony, molybdenum, rare-earth metals, tin and tungsten, as well as in the development of “nonconventional” oil and gas sources.

“We are going to send a strong signal: China will continue to actively attract foreign investment, and will take further steps to deepen the reform and unswervingly open China wider to the rest of the world,” affirmed Premier Li Keqiang at the Chinese Communist Party’s nineteenth Congress last October. Beijing is also committed to creating an “ecological civilisation”: environmental protection is now also a priority. “The Chinese government will continue to promote green mining strategies in the mining industry,” explained Liu. “As long as a mining company receives high-quality mining rights, seriously abides by State laws and regulations, implements strict mine management, uses advanced mining technology and is committed to a high level of social responsibility to local communities, then this company will have stable production and profitability in China.”