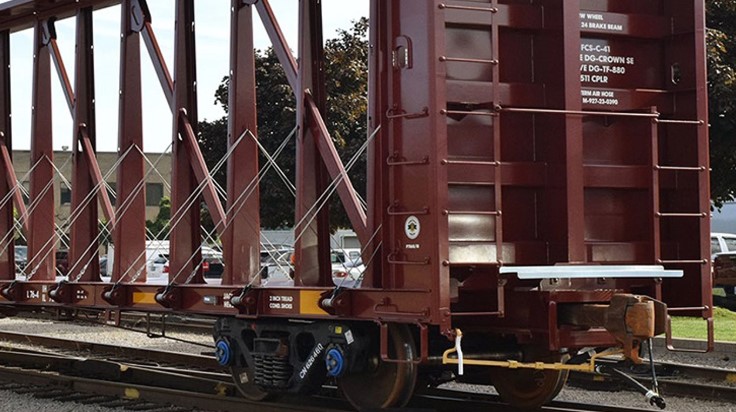 A fleet of new centerbeam cars are being deployed by CN, with patented energy management technology designed to reduce train separations in transit.

The 73-foot riserless centerbeams have a maximum load capacity of 286,000 pounds, and comprise an order for 350 new cars placed earlier this year.

The cars also feature CN’s new, patented draft gear, 10 years in the making, which manage typical yard impacts with 6.5 inches of stroke but, unlike a traditional cushioned car, up to 3 inches of draft protection while running on a train. “The new approach to managing energy provides the needed improvements in service to reduce undesired train separations by approximately 67%,” the railroad stated.

“Improvements like these, as they promulgate through the fleet have the capacity to meet the demands of railroading in the years to come as well as meeting the needs of our customers and the communities we serve,” said Darrell Iler, Senior Mechanical Manager.

The railroad said it making the draft gear design openly available for use, to help improve safety for the rail industry.