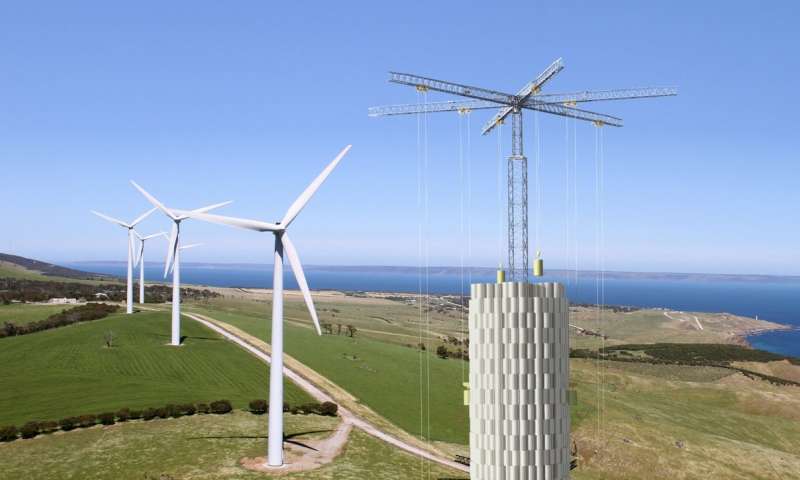 A nagging question as the year gets closer to the very end. The wind is there. The water is there. The sun is there. How is it that we are still so far off in fossil-fuel land? Farms, plants, rigs later, those in the renewables industry know the answer. A video from Quartz back in August said, “There’s been a lot of progress in renewable energy with solar and wind power, but renewable energy storage remains a challenge.”

TechCrunch’s Jonathan Shieber is no less frustrated at the difficult-of-it-all: “Because solar and wind power are now cheaper to produce than energy from fossil fuels, the only obstacle that remains to the mass adoption of renewable power is the amount of money utilities need to spend to store the energy those systems produce.”

Considering the worrying over climate change, he added, an attempt to find a solution “that can make renewables even more compelling and cost-effective isn’t just a good business—it’s a global priority.”

“Renewables have struggled to more fully replace fossil fuel power due to production unpredictability and intermittency from reliance on factors such as wind and sunlight. In the absence of more efficient and cost-effective storage, “the amount of electricity that can be delivered to the grid from renewable energy sources, even though now widely affordable, has been limited,” said a company release from Energy Vault.

The storage problem, though, will not stay as a roadblock for long. Energy Vault’s recipe for a concrete battery is gaining interest and indicates the problem of storage is much in focus.

Take kinetic energy and concrete bricks—and voila. Kelly Pickerel, editor in chief of Solar Power World, reported that “an Idealab company that develops renewable energy storage products,” referring to Energy Vault, announced on Nov. 7 the commercial availability of its solution for energy storage. Their proposed solution for energy storage involves a crane, software and concrete blocks. Pickerel described “conventional physics fundamentals of potential and kinetic energy” in place together with a “proprietary, cloud-based software platform” to operate a six-arm crane.

The crane operation, which is automated, orchestrates the positioning of the concrete bricks. The crane moves massive concrete bricks “that provide the basis for the efficient storage and discharge of electricity.” The video about their solution says the concept is similar to that of hydroelectric power, where energy is stored by pumping water to an elevated reservoir and recovered by letting that water fall and turn turbines. Energy Vault’s idea is similar to hydroelectric power, but instead of using water and dams, it uses the concrete blocks and cranes.

This is utility-scale energy storage.

A key company pitch is “economic benefits to global energy providers.” The bricks do not degrade over time, like chemical storage solutions. The company claimed that with this technology, it would be delivering a 30-40 year life without any degradation in storage capacity. Commenting on that lifetime number, TechCrunch said “the technology relies on mechanical energy from incredibly durable materials.”

The company highlighted the advantage of bricks not degrading over time—so that means less outlay and worries over replacement equipment. “Future systems will roughly double the amount of MWh energy storage capacity and peak power discharge while continuing to significantly reduce the cost.”

Another pitch is that takers need not abandon their other forms of alternative energy. Their storage tech can be “paired with renewable generation like solar PV for offgrid and microgrid solutions, allowing commercial and industrial customers to maximize their renewable power usage,” said the company news release.

The makers are using recycled concrete that was only going to be landfilled—instead of new cement construction, according to TechCrunch. Adele Peters in Fast Company made a similar observation that the bricks “can be made from cement that would normally be wasted.” Peters quoted Robert Piconi, CEO. “These materials we’re using are actually materials that you’d have to landfill.”

Peters reflected on waste and cost issues, giving California as an example, where “a construction site with concrete debris has to pay as much as $55 a cubic yard to get rid of it.” The team decided to use recycled cement to make the blocks that its energy storage system would use.

The creators referred to some “nifty software” to maximize efficiency. This is their algorithm-based software, which plays a role in getting this whole concept to work.

The news release said that it “calibrates the energy storage and subsequent electricity discharge while accounting for a variety of factors, including power supply, energy demand volatility, and weather.”

Specifically, it’s a software system that manages the movement of the cement blocks, wrote Schiever, ” to either store the energy generated by solar or wind farms, or discharge that energy onto the power grid.”

What’s next? The company announced an agreement with The Tata Power Company Limited, an integrated power company in India, to deploy an initial 35 MWh Energy Vault system. Deployment was expected in 2019, according to the announcement.