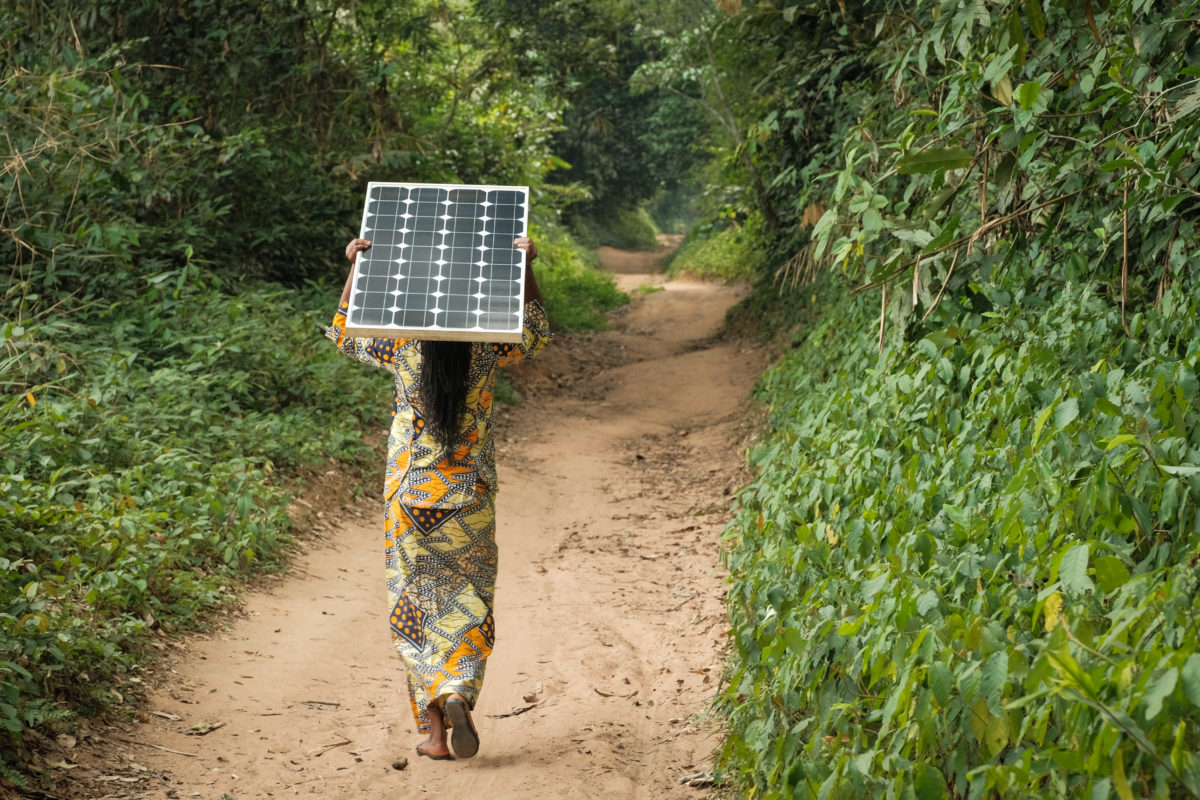 While she may not be in favor of supporting renewables on her doorstep, with the U.K. currently proposing to end both feed-in and export tariffs next April, U.K. Prime Minister, Theresa May has said the country will make £56 million (US$72 million) available for the development of battery storage technologies in South Africa, in order to support the uptake of renewables there.

The news was announced during her trip to Africa, where she is working on strengthening business, trading, diplomatic and research ties.

The money will be contributed via the Clean Technology Fund, and as part of the $500 million investment in battery storage, developed by the World Bank and the African Development Bank, in partnership with the government of South Africa. The aim is to fast-track the region’s access to clean energy.

The Clean Technology Fund is part of the Climate Investment Fund (CIF), which also comprises the Strategic Climate Fund. Overall, the U.K. is the largest contributor to the CIF, having paid in $1.6 billion since 2009.

“Battery storage involves storing electricity so that it can be used later- important in filling in the gaps when its overcast or no wind. These batteries are a very real alternative to fossil fuels like coal and gas, making energy supply secure,” wrote the U.K. Government in a statement released.

In apparent contradiction to the actions of the government at home, which in addition to ignoring the solar industry, has also recently invested in fracking amidst stark opposition from the people and local council, Business Secretary Greg Clark said, “Investing in research, developing the skills of tomorrow, and tackling the global threat of climate change are key commitments of this government and are at the core of our modern Industrial Strategy.”

In Nigeria, meanwhile, the U.K. Government unveiled the next phase of the U.K.-Nigeria Climate Finance Accelerator.

Here, the aim is to match the Nigerian government and local project developers and finance market players, with experts in climate finance and green project investment from London. “The UK can share expertise with Nigeria on how to invest in green projects, from increasing the country’s renewable capacity to improving the resilience of food chains,” read the statement.

In recognition of the fact that Africa is set to be “disproportionately” affected by climate change, the government announced a further £1.5 million for African researchers to study the effects of this change, specific to the region.

“Climate change is the most critical challenge facing the next generations – and Africa will be disproportionately affected … with temperatures likely to rise faster than anywhere else in the world,” it said, adding “That is why, as part of the UK’s new and distinctive offer to work alongside, invest in and partner with African nations, the government is bringing in even more of the UK’s world-leading climate experts to build on our existing partnerships – working with African governments to build climate resilience, cut emissions and ultimately, ensure we all meet the international climate commitments made in the historic Paris Agreement.”

In the off-grid sector, the U.K. has also offered aid, aimed at helping 11 million people who live without access to clean energy. It will take the form of: supporting early stage businesses in designing innovative household solar technologies via £16 million of funding for Nigeria, Ghana, Somalia, Senegal and Ethiopia; £15.5 million to enable African solar companies to grow by removing current market barriers, like lack of finance and high tariffs on components; and increasing support by £1.6 million for the Energise Africa impact investment platform, in order to help “1,500 new U.K. small investors provide financing to connect 125,000 more African people to affordable, reliable and clean solar energy.” According to the government, Energise Africa has raised £4.8 million to date.

“Strengthening the solar market in Africa is opening up opportunities for the UK’s own pioneering solar industry to access the untapped potential offered by African markets. Proven examples of this include Sollatek, a Slough-based firm which, working in partnership in Africa and with investment via Energise Africa, has become one of the leading providers of specialist solar electronic equipment in East Africa,” it said.