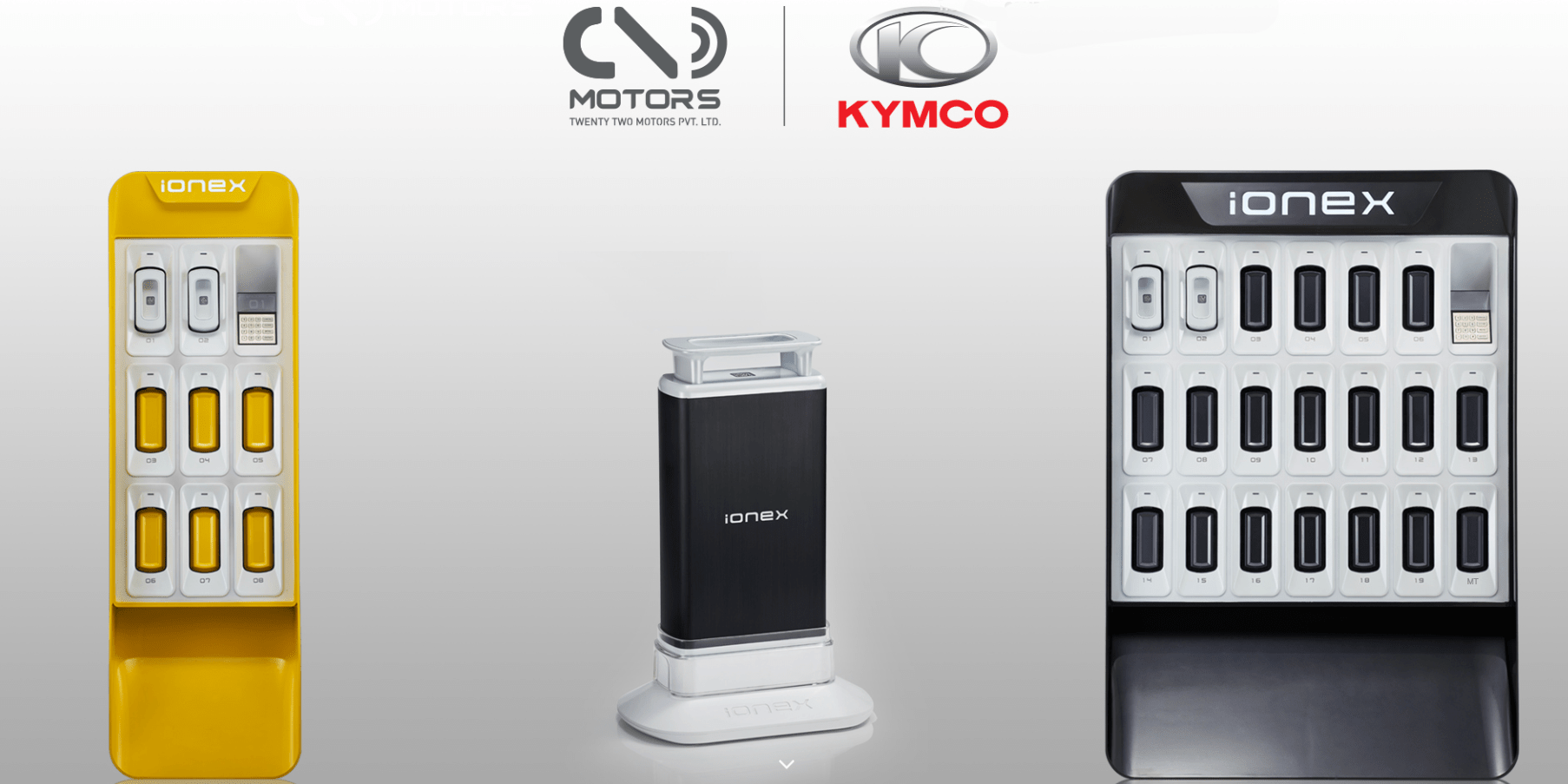 KYMCO, the largest scooter manufacturer in Taiwan, may have developed the single swappable battery standard that we’ve all been waiting for. KYMCO’s electric scooters are powered by the company’s modular and removable Ionex batteries.

KYMCO developed the batteries with the goal of creating a standard battery platform that other companies could design electric vehicles around. Now they’ve declared their first publicly announced partnership that will see their batteries powering electric scooters built by another manufacturer.

The two companies created an equal partnership to leverage both of their strengths.

While KYMCO does have their own electric scooter line that uses the Ionex batteries, they are also seeking to spread components of their platform, including the batteries. To achieve this, the company unveiled KYMCO Commercial two weeks ago at the Paris Motor Show.

22Motors’ Flow scooter was unveiled earlier this year, where it originally came with its own removable battery system. The Flow’s original batteries were sufficient for 50 mi (80 km) of range on a single battery, or twice that much with two batteries. Now that the company is shifting towards KYMCO’s Ionex batteries, they’ll be able to take advantage of KYMCO’s Ionex charging stations.

Currently, Flow scooters are only available in India and are priced at around $1,040, making them competitive with gas-powered scooters. 22Motors has stated that the price of the Flow scooter with Ionex batteries should not change.

Ionex battery charging as a service

The Flow scooters will be sold with two Ionex batteries as well as a home charger. This allows riders to park their scooter outside and carry in the two batteries for charging.

Additionally, 22Motors will provide Ionex fast charging stations where riders can charge their batteries for a small fee. Fast charging can refill the batteries in one hour.

Also, many riders will be able to charge for shorter periods to gain enough charge to reach their next destination. At that point, they can continue to slow charge with a wall charger.

It doesn’t appear that 22Motors plans to offer a battery exchange service like Gogoro does for their electric scooters in Taiwan. However, since the KYMCO Commercial system supports this, it could be just a matter of time.