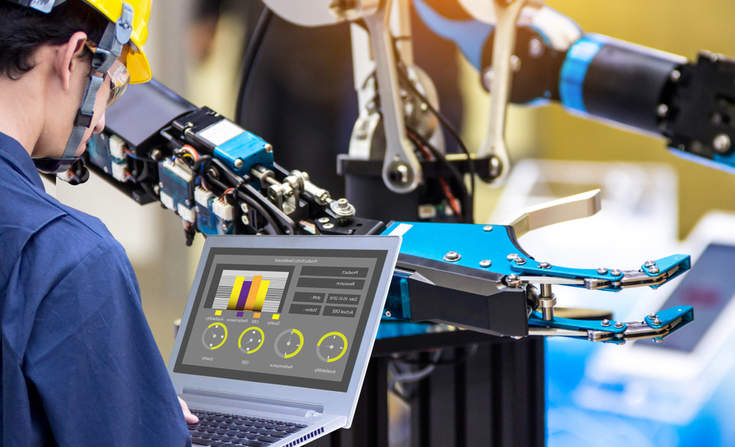 If a manufacturer can produce the same amount of product using less energy, why wouldn’t it? The strategy makes perfect economic “cents”: If a company spends less on energy, it will have more resources available to expand output, to pay its employees or to invest in researching and developing new products.

Earlier this summer, my organization decided to find out if manufacturers have discovered this simple truth. We examined 160 of the nation’s largest companies from industries as diverse as health care and apparel to chemicals and the automotive sector to find out their various levels of commitment to energy efficiency. Our research found that 69 of these companies (43 percent) clearly recognize the benefits of energy efficiency and have established robust public targets to reduce power consumption.

Energy efficiency may not have popular appeal like strategies for procuring wind or solar electricity. But for companies that want to save money — and reduce greenhouse gas emissions in the process — energy efficiency is an essential part of the business plan. Remarkably, we found that more companies have set energy efficiency targets than renewable energy goals. With good reason: The cheapest energy is the energy you don’t have to produce in the first place. In short, energy efficiency is good for the bottom line.

Our conversations with manufacturers certainly back this up. ArcelorMittal, the world’s largest steel producer, reports annual savings of $257 million from energy-saving technologies at its U.S. facilities. Cummins, a major U.S. manufacturer of heavy-duty engines, components and power generators, estimates that the company has saved $40 million to $50 million each year through its energy efficiency efforts. Agri-food processor Cargill has slashed energy use by 16 percent since adopting targets in 1999, generating annual savings of more than $100 million in energy costs. (Editor’s note: You can learn more about all three companies’ efficiency programs as part of a Sept. 6 webcast organized by Ceres and the Alliance for Industrial Efficiency.)

These leaders are not alone. In fact, the 190 companies in the Department of Energy’s Better Plants Program collectively have saved $4.2 billion in energy costs through energy efficiency programs. That’s $4.2 billion that can be used to make better products and to build a better economy for U.S. businesses.

But energy efficiency does more than help the bottom line. Our conversations with manufacturers revealed a suite of unexpected benefits.
Larry Fabina, manager of continuous Improvement for ArcelorMittal, described how the company has installed variable speed drives over the last decade to control the speed of motors, fans and pumps at its facilities. Doing so has prolonged the life of its equipment, reducing downtime and maintenance costs and improved worker safety.

The company historically had replaced an average of two motors and two fans out of the 42 in operation at its Burns Harbor, Indiana, plant each year. Since installing the variable speed drives, those replacements have plummeted, with only a handful of failures in the past eight years. That simple improvement not only has led to energy savings of $200,000 annually, it also has allowed ArcelorMittal employees to avoid making physically challenging repairs in hot conditions at elevated heights. With this upgrade, the company not only reduced its energy and maintenance costs, it also improved worker safety and freed up time for other projects.

For some leading companies in our analysis, a commitment to efficiency has meant looking beyond the factory walls.

We learned from talking with Peter Dahm, sustainability director for operations and natural resources at Cargill, that the company has embraced an expansive vision of efficiency — one that not only considers the energy used on site but the source of that energy. As a result, the company has installed 30 combined heat and power (CHP) systems at its facilities worldwide.

These systems provide both the electricity that is needed to keep the factories running as well as the heat required to make its products. CHP offers an efficient way to produce heat and electricity on site — substituting for the separate and less efficient generation of electricity at a central power plant. On average, roughly 7 percent of the electricity produced in our nation’s power plants is lost during the transmission and distribution process. Cargill’s CHP plants eliminate those losses entirely. What’s more, because CHP systems can operate independently of the grid, Cargill’s efficiency investments will let the company keep the lights and power on when the next hurricane hits.

Laurie Counsel, director of global environmental relations at Cummins, recounted how establishing the company’s first energy efficiency target in 2006 set in motion a wave of activity and excitement within the organization, resulting in the formation of internal energy efficiency teams, an energy efficiency training program for staff and a dedicated corporate-sponsored funding program to support the best projects that the teams put forward. Since the program’s inception, the company has funded and completed more than 1,000 energy-saving projects.

These are just a few examples of companies across the United States that have learned the simple truth: that energy efficiency helps manufacturers save money, improve operations, motivate and inspire staff and even improve workplace safety, all while boosting bottom lines.

And by making their energy savings targets public, the 69 leading companies in our report also have sent a powerful signal to their customers, shareholders and funders that they are worthy investments.